Quarterfinal excitement continued with the last four matches on the schedule.

Today’s Open shocker! 2-seed Andy Murray (GBR, pictured above) was swept out of the tournament by 6-seed Kei Nishikori (JPN).

Nishikori will play 3-seed Stan Wawrinka in their semi-final match on Friday. 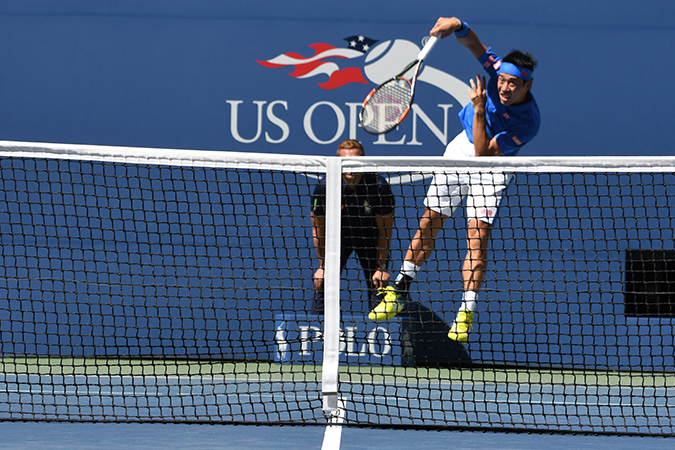 Kei Nishikori taking flight during one of his serves to Andy Murray.

YOUR 2016 US OPEN SEMI-FINAL MATCHES 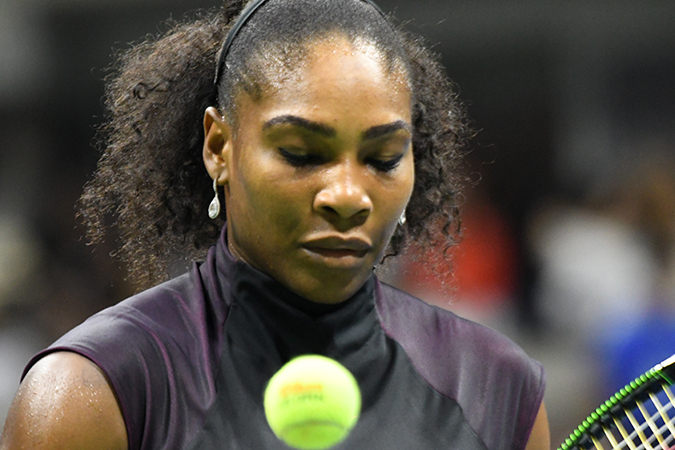 The old Louis Armstrong Stadium will soon make way for a newer version coming in 2018. Fans are invited to say their final goodbyes to the stadium tomorrow, which is Community Day at the Open.

What’s Community Day? Anyone wishing to visit the grounds of the USTA Billie Jean King National Tennis Center can do so for FREE from 12 pm to 6 pm. 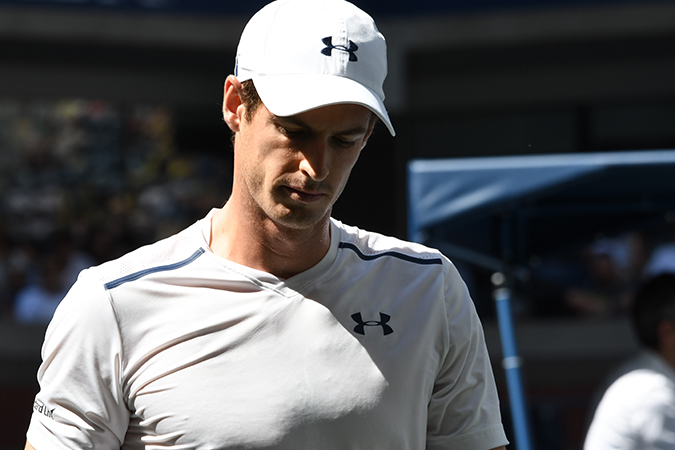 “You know, Kei is obviously capable on this surface of beating the best players and has beaten Novak here, as well, so you know, I would put Novak as the favorite, but everyone’s got a chance.” – A defeated Andy Murray, answering a reporter’s question about how he sees the rest of the Open “playing out.” 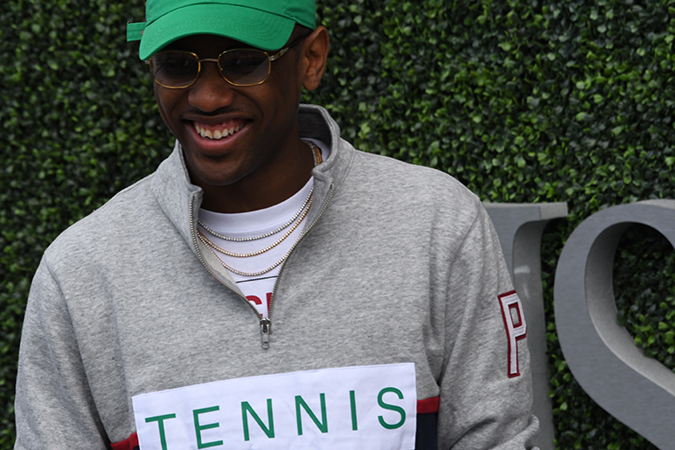 Musican Fabolous, posing for pictures before attending the Pliskova – Konjuh match earlier today. He returned for the Evening Session, as well. Pretty fab if you ask us! 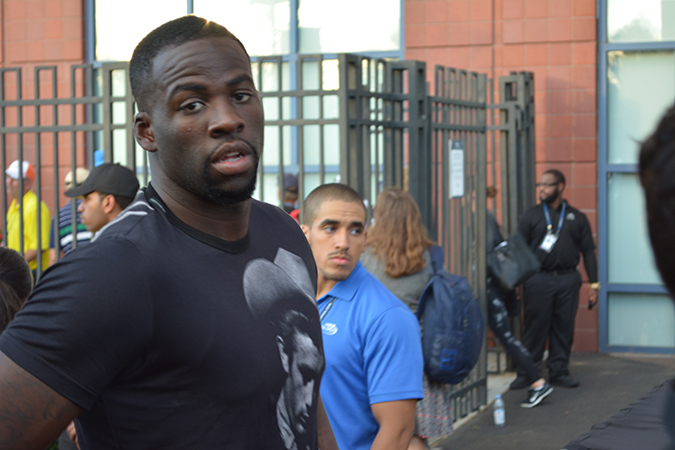 NBA star Draymond Green, attending the Evening Session of the US Open. Score! 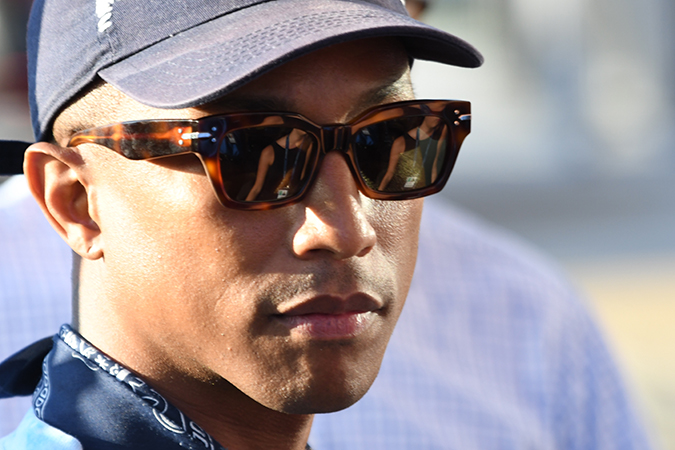 Pharrell Williams, who collaborated on a limited edition Stan Smith sneaker, was one of the many musicians attending the US Open this evening. Also there tonight: Queen Latifah and Tony Bennett. 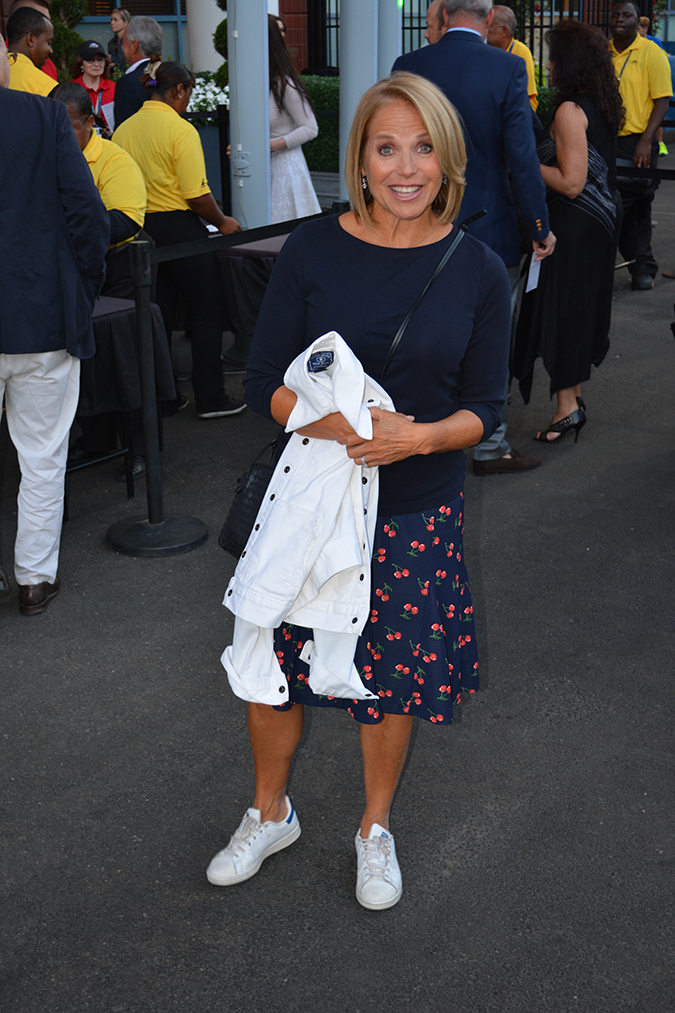