The US Open was in no short supply of surprises today.

Sevastova and Wozniacki now face each other in the quarterfinals.

And just when you thought there’d be no more shockers, 24-seed Lucas Pouille (FRA) raises his game and drops 4-seed Rafael Nadal in a fifth set tie-breaker!  The win pits Pouille against fellow Frenchman Gael Monfils in their quarterfinal match.

Other players headed to the Round of 8:

Pardon the duplication, but until further notice, we think it’s best to repeat this post from the day before…

We’ve been told it can withstand winds of 100 mph in a locked position, whether open or closed.

And if you’re a ticketholder wondering if the weather will cause any cancellations, please note Open officials are monitoring the situation, and will work with the city and make changes to the schedule, if and when needed.

Until then… it’s game on! 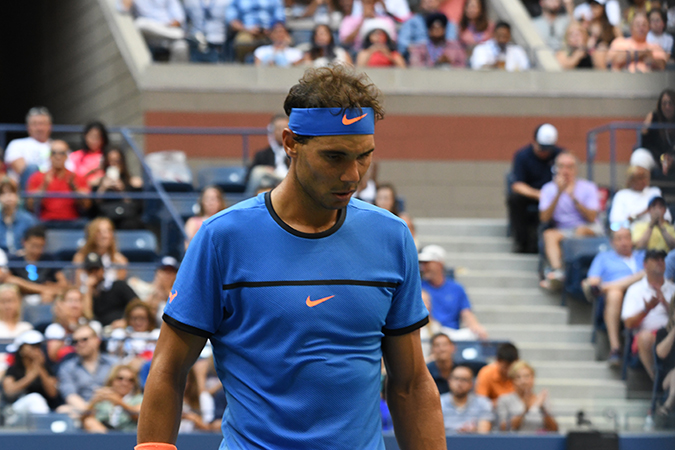 “If I am a hundred percent healthy, I have the energy to keep going. I believe that I can have a couple of more good years.” — A defeated Rafael Nadal, after his post-match press conference. 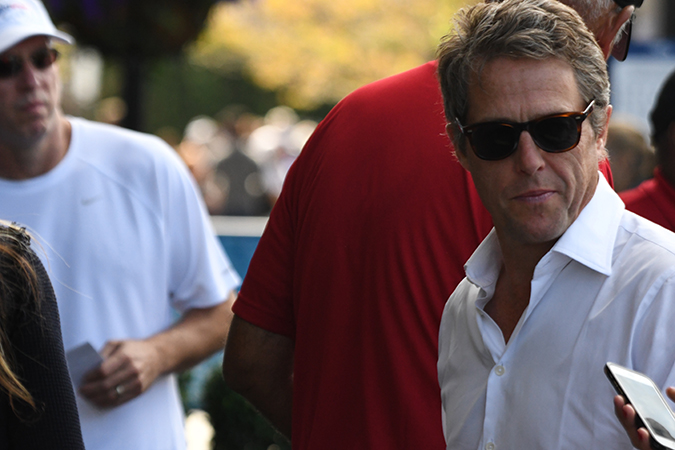 In Tennis, It’s Love, Actually: Actor Hugh Grant attends the Day Session of the US Open. 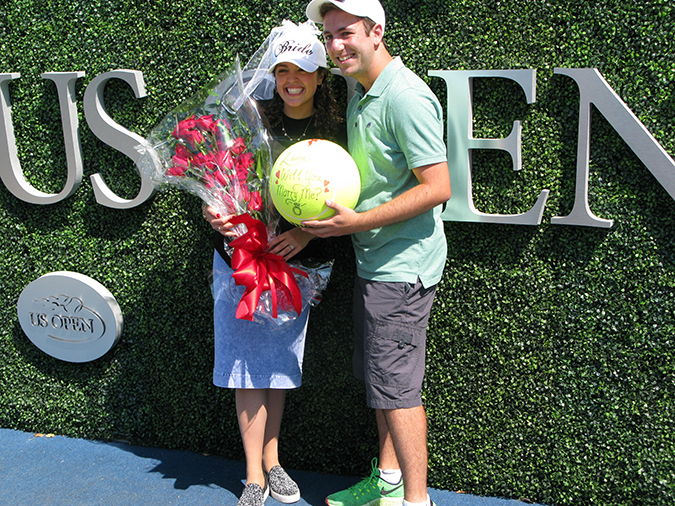 The Other Love Actually: Dani Scheiman (right) proposed to his girlfriend Lauren Rubin at the Open today. For those keeping score at home, she said yes.