Movie: A Beautiful Day in the Neighborhood

Based on the true story of journalist Tom Junod and Mr. Rogers, A Beautiful Day in the Neighborhood does a touching kindness to its viewers in Mr. Rogers fashion. The movie is special without being sensational: unafraid of slowness or silence, both of which are used powerfully throughout. The courage of the movie also comes in the form of its cinematography; the film is shot in two different styles: the first is your typical movie colors and camera angles, the second is reminiscent of Mister Roger’s Neighborhood. And even more brave are the themes the movie explores without sounding saccharine: forgiveness, kindness, and discipline.

Performances by Tom Hanks as Mr. Rogers and Matthew Rhys as Lloyd Vogel (the journalist, Tom Junod) are powerful in their contrast: Tom Hanks’ Mr. Rogers—almost freakishly exact in mannerisms—is a bright unclouded sun standing next to the brooding thunderstorm of Rhys’ Lloyd Vogel.

If you like this movie, check out Won’t You Be My Neighbor?, a documentary on the life of Mr.Rogers, his philosophy, and impact on child development.

Both movie and documentary should inspire you deeply to kindness. 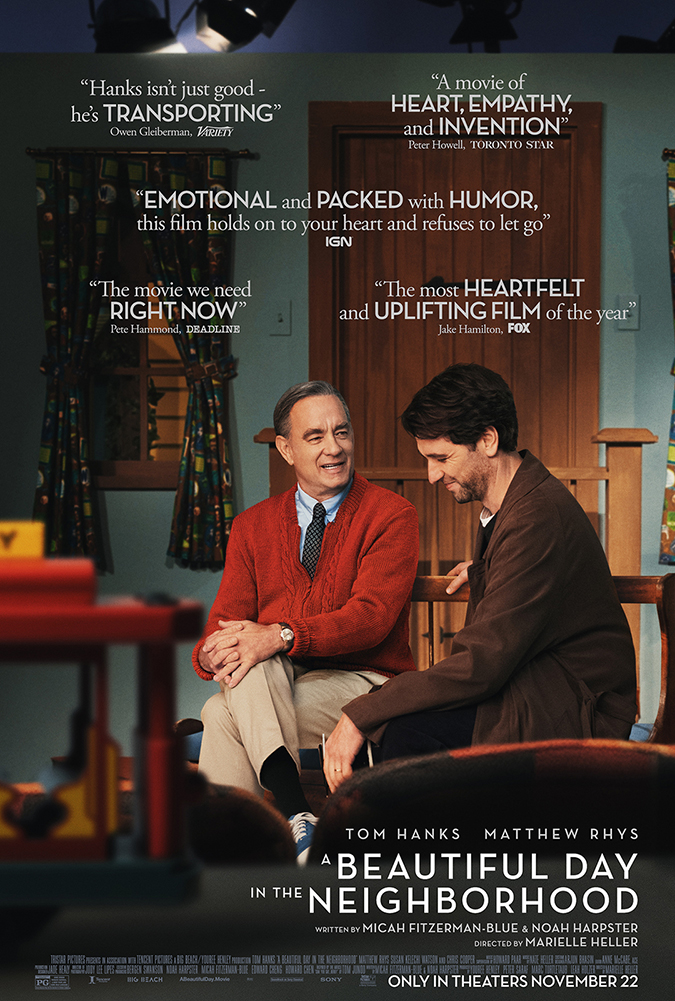