We applaud anyone trying to bring new music talent to the masses, and that’s been the mission of Eric Weiner, the founder of The Wild Honey Pie, since 2009.

For those not familiar, The Wild Honey Pie began showcasing up-and-coming bands via audio and video recordings on its website, and has since spread its wings, also running events as part of its business.

Two of the Wild Honey Pie’s most successful creations have been its “Dinner Party With” series, along with its annual “Welcome Campers” festival.

Think of “A Dinner Party With” as a new type of supper club where guests can eat at a LA or New York restaurant while listening to a live band; whereas, “Welcome Campers“ is a three-day sleepover at a Massachusetts summer camp, filled with concerts and fun activities.

Both events are nice updates to recreational diversions of yesteryear – where music could fuel a magical evening out on the town or amplify a moment under the sun or stars.

In this two-part interview, we talk with Eric about the company and its events, first starting with “A Dinner With,” which is coming soon to both Los Angeles and New York.

The Los Angeles dinner, on December 16, features Ashe at Checker Hall, while the Brooklyn fete, on December 19, showcases Aisha Badru at Le Fanfare. 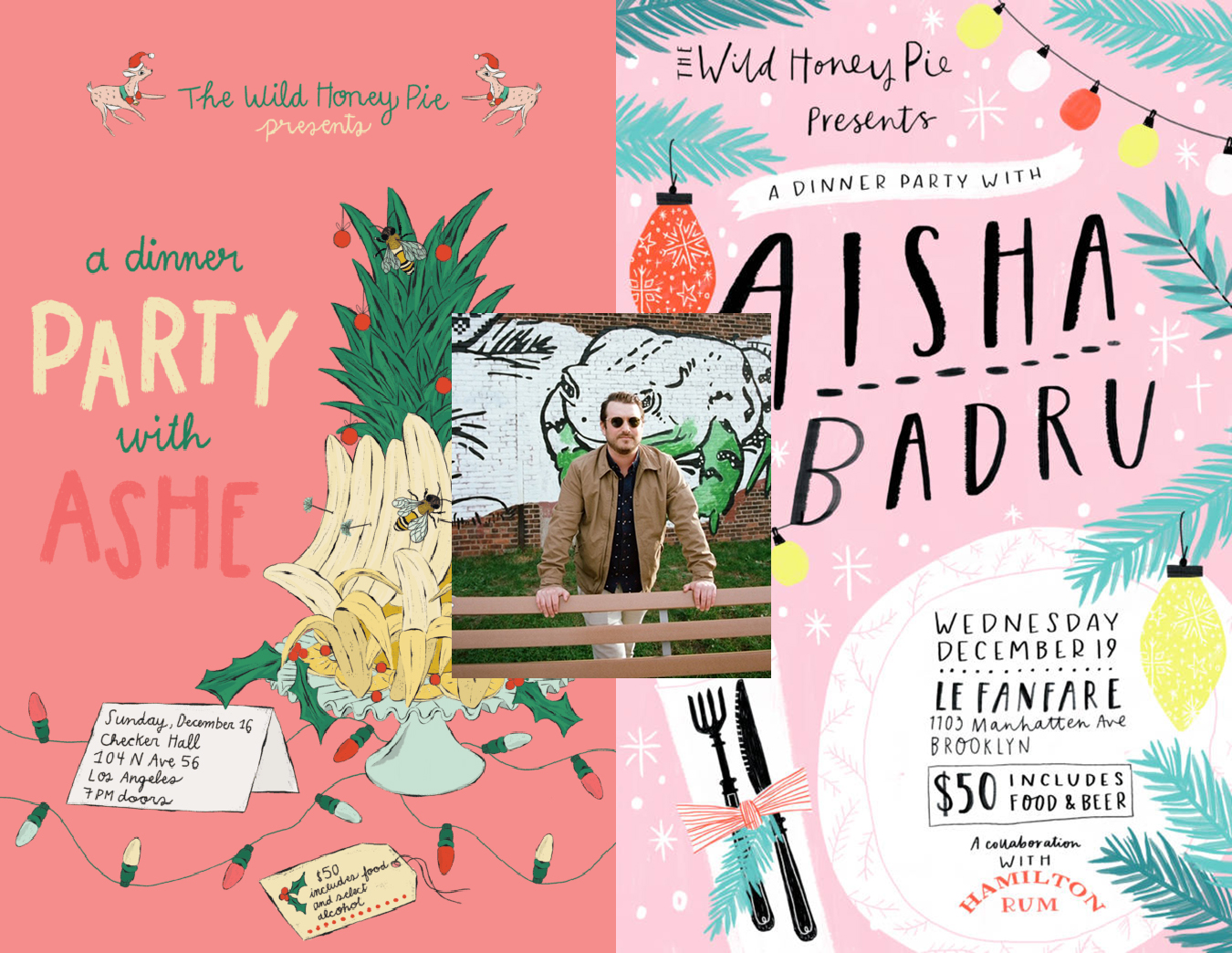 Hi, Eric. Thanks for participating. Tell us a little about The Wild Honey Pie. Why did you start the company? And why did you branch out into the event space?

My pleasure. I do love talking about The Wild Honey Pie! I started the company in 2009 as nothing more than a personal passion project. A music blog I could use to share the music I love with friends and family. I was interning at MTV in London and would also share my favorites with co-workers. I guess I figured it might also end up being a differentiating factor for me as a job candidate and did actually help me land a job later at MTV back in New York where I worked as a music coordinator on the scripted show I Just Want My Pants Back. Our expansion into the events space was a natural progression. We turned one year old as a company and wanted to celebrate so we reserved the venue Living Room on Ludlow and booked five bands we had featured previously, including Lady Lamb. We sold out the event and I was hooked. There are few things as enthralling as producing an event and bringing people together through shared passions.

2. Are we right to imagine your Dinner Parties as a nod to old-time supper clubs? What inspired you to start the series?

The series is most definitely a nod to the classic supper club, with an update. It is also an upgrade on the classic concert experience. For $50 you end up with a three-course meal, drinks and a live performance by an artist who would typically not play a room that small. Some of these artists are used to playing sold out 600 capacity rooms and then perform here to 60 people. I was inspired to start the series mostly because I started hosting dinner parties at my apartment in Greenpoint. I would cook a meal for eight people or so, make it BYOB and create a playlist for the evening. I usually try to find ways to connect my personal and business life so the transition to a ticketed format made a lot of sense to me. Why not provide free drinks to everyone, have the food taken care of by the restaurant and get a band involved? I had never been or even heard of an event similar to this and the prospect of innovating inspired me to put in the work necessary to get the series started. 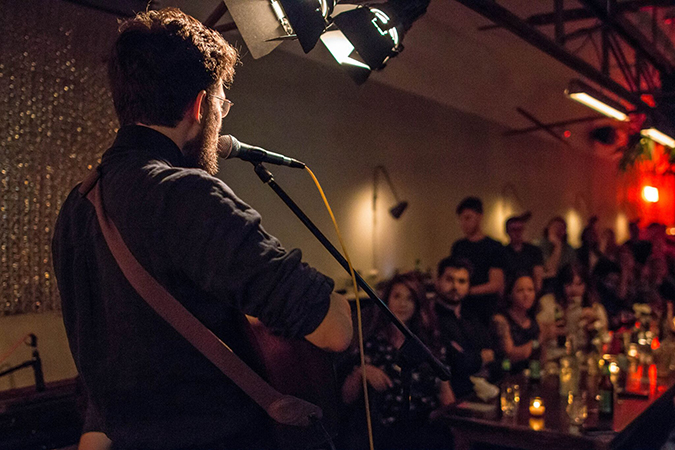 A Dinner Party With Henry Jamison; Courtesy of The Wild Honey Pie and Photographer Lorin Anderberg

3. Where and when was the first Dinner Party held? Who performed? Any stories from that evening AND lessons learned from the event?

The first dinner party was at Archestratus in Greenpoint, about a block from my apartment, with Jagjaguwar artist Gordi in August of 2017. There were only 30 guests! I remember going back and forth with my team about the format of the event and feeling as if we were tapping into two emotional parts of our lives with music and food. We knew we had to continue to grow the series. I learned that we were undervaluing the event and needed to charge more money. I also learned that we needed to use our own servers to act as the face of the evening. Having a team who knows the ins and outs of The Wild Honey Pie was, and continues to be, one of the most important parts of the dinner party series.

4. How do you pick your performers and your restaurants? What can people expect if they attend a Dinner Party?

There is constant outreach to management companies and artists about the dinner parties. Same goes for the restaurants. I am on the phone all the time giving these folks the rundown and explaining the benefits. Not everyone gets it but more and more are coming around to it. At the core of our selection process is going with locations and artists that inspire us. Attendees can expect a setting where new connections and relationships are expected. You will sit at a table with people you have never met and share three hours with these people. We start the event with a 45 minute happy hour followed by a three-course meal and then the performance. Our dinners are over by 10 which allows you to get home at a reasonable hour, something our attendees seem to be happy about. 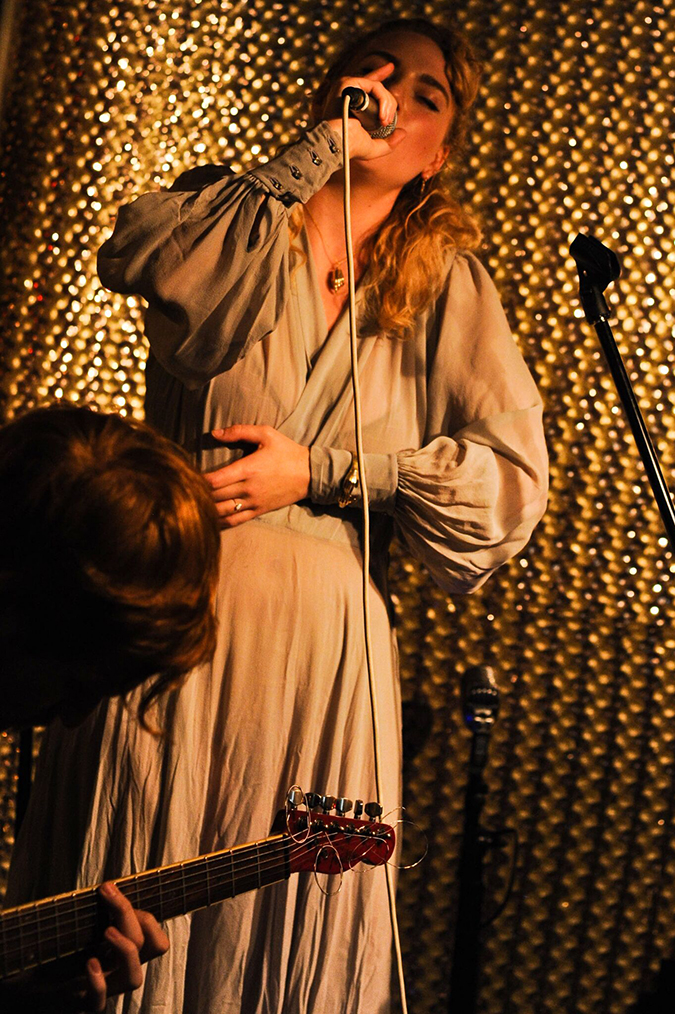 A Dinner Party With Kat Cunning; Courtesy of The Wild Honey Pie and Photographer Maverick Inman

5. What’s been the best show you’ve seen in a small setting? Why was it the best?

What a great question. The best show I have seen in a small setting was not my own. It was in Hollywood Hills, In n Out catered it and Florence and the Machine performed. It was just her and a harpist. I remember looking at her sing, soaking it all in and then turning around and looking out over Los Angeles. I will never forget this night and need to thank my cousin again for bringing me. This was 2010 and Florence was not where she is now but nonetheless we all knew it was a once in a lifetime experience.

6. Other than Ashe or Aisha Badru, which new bands or performers can you recommend to our readers?

We are big fans of Phoebe Bridgers at The Wild Honey Pie. She will be a superstar without a doubt. People do not just like her, they love her beyond words. We also love Henry Jamison, Fenne Lily, Taylor Janzen, The Wild Reeds, Rostam. I could go on and on.

I love to share information about the dinner parties but there is nothing better than being there for yourself. Come by and see the power of the music community we are building. 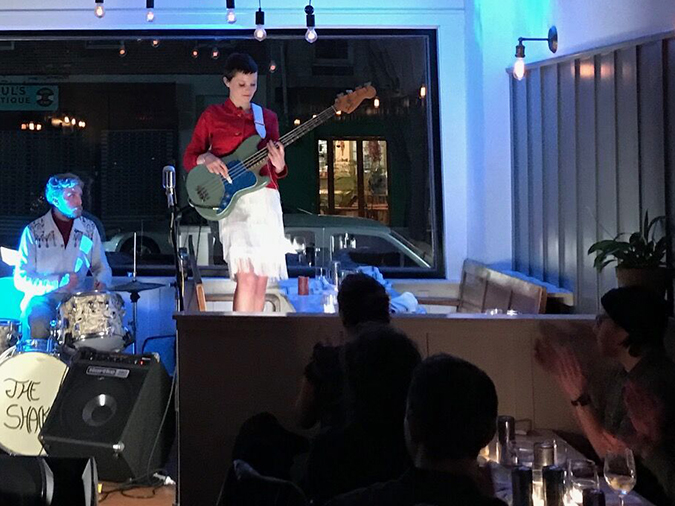 A Dinner Party With The Shacks; Courtesy of The Wild Honey Pie and Photographer Phoebe Gittelson

All Images Courtesy of Eric Weiner and The Wild Honey Pie.