In NewsWhistle’s weekly question-and-answer series, Clara Morgan speaks with some of the world’s top beauty and style influencers and finds out more about their lives and career.

This week, Clara speaks with Randi Schatz, President and Publisher of AVENUE Magazine, New York City’s leading society publication. This year, AVENUE is celebrating its 40th anniversary, and is experiencing some of its best years ever editorially and in terms of ad revenue, going against conventional wisdom about the magazine industry in the 21st century.

In its special 40th anniversary issue, on newsstands through the end of November 2015, AVENUE Magazine takes a look back in the past 40 years of society coverage the magazine has become known for, bringing back favorite contributors of the 1980s, 1990s, 2000s and this decade to discuss highlights of these time periods. This includes photo retrospectives by Mary Hilliard, Patrick McMullan and Billy Farrell as well as asking former contributors and editors for their best memories from their years working for AVENUE Magazine. Along with focusing on the past, the upcoming issue looks forward to the future chronicling the top 40 names to look out for in future editions of the magazine.

Prior to joining AVENUE Magazine in 2012, Schatz was the Vice President and Publisher of Worth Magazine, where she honed her skills in creating original marketing content and connected leading luxury brands to top publications. Additionally, she has served as the Executive Vice President of Our365 Media, Group Publisher at Reed International Television Group, and as the Chief Revenue Officer of Hitviews. 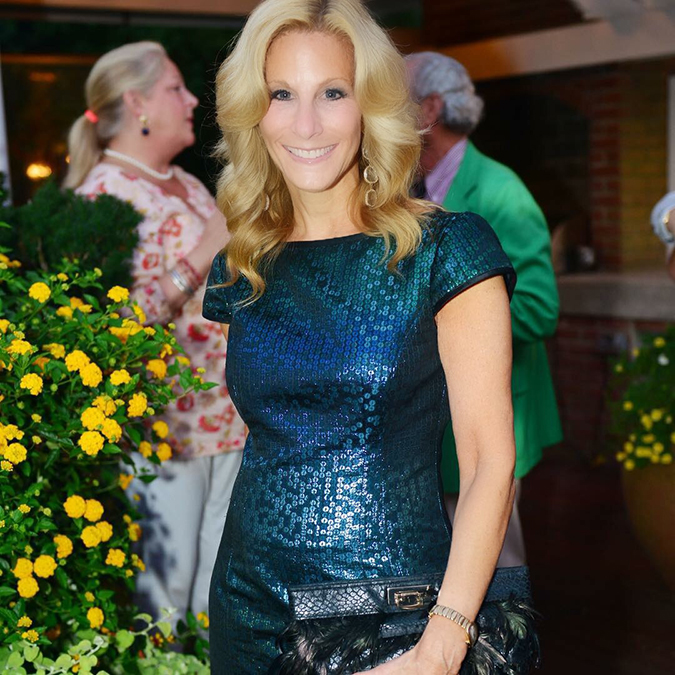 1. What separates AVENUE Magazine from other New York publications?

AVENUE is a modern society magazine in our 40th year covering people of influence. Our coverage is people focused and we reach the wealthiest consumer audience in the country. We follow our readers to the Hamptons in summer and to Palm Beach and Miami in winter offering advertisers an efficient media buy.

2. In a time where magazine revenues are decreasing, Avenue Magazine has experienced double digit growth since you joined the publication in 2012, what do you attribute this to?

We have modernized the editorial content as we write about influential New Yorkers who have accomplishments in their respective areas. We have also redesigned the magazine and our website. Our increased distribution in the Hamptons, Palm Beach and Miami in season offers advertisers more reach in three targeted markets for our wealthy readers. AVENUE also drives sales for our retail and real estate clients. Our print and digital strategy coupled with the events we hold makes for a 360 solution and gives our advertisers access to our social readers and non-competitive advertisers who may also be prospects for them.

3. If you either of you could meet anyone in the world, who do you want to meet? And why?

Oprah Winfrey. I am in awe of the amazing amount of success she has had which she created from nothing and impressed by her tremendous philanthropic efforts.

4. Who influences your personal styles? What about them piques your interest?

Turning around AVENUE after I took over post-recession and winning new advertisers in all categories, producing double digit revenue growth year after year and record breaking profits for our current owners.

6. Any advice for others entering your profession?

Work hard and create deep relationships and partnerships. It is important to understand your advertisers businesses and what they are trying to achieve.

7. If you two weren’t at the helm of Avenue Magazine, what would you be doing?

8. Where do you see yourself in five years?

9. Best dining experience you’ve ever had?

The Carlton Hotel in Cannes.

11. Three items that can always be found in your purse?