This week, Clara speaks with Canadian stand-up comedienne Lisa-Gay Tremblay, who has been making audiences laugh for over 25 years. She took quite a leap from her previous job in statistics to pursue her dream of becoming a stand-up comic – but it proved a very good decision as Lisa-Gay has entertained thousands through appearances on numerous national television shows, famed comedy clubs, and many national commercials, most recently Esurance.

Lisa-Gay started her comedy career touring with major Canadian comedy chain Yuk Yuk’s until fate had it she won a green card in the lottery (that’s right!) and moved to New York where she landed a major performance with Rosie O’Donnell in VH-1’s Stand-Up Spotlight! After New York she headed west, namely to Sherman Oaks, California, where she still lives with her husband, daughter, two dogs and the world’s fattest cat.

In her successful entertainment career Lisa-Gay has had the privilege to work with world famous stars such as Jim Carey, Rodney Dangerfield and Jerry Seinfeld, to name a few. Her resume boasts a long list of television and comedy club appearances including Married with Children on FOX, Boy Meets World on ABC, Girls Night Out on Lifetime and performances at Catch A Rising Star, Comedy Store, and Ice House. 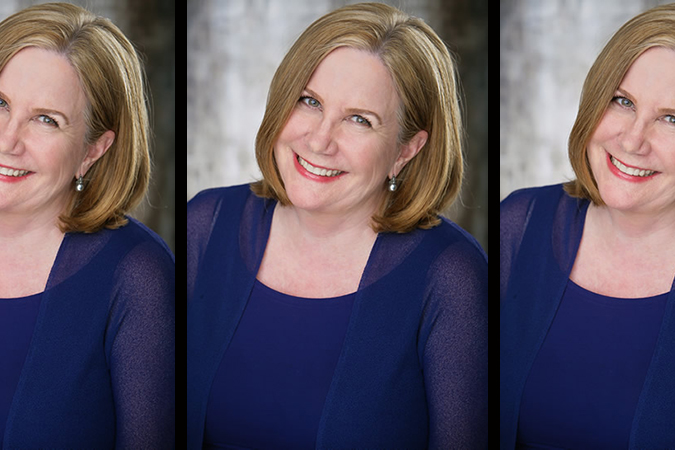 1. When did you first realize that you had a gift for making people laugh?

I remember as a kid I could make people laugh, and I was probably using humor to get noticed. I have a sister who is 15 months older than I am and is beautiful, sporty, and brainy. She was always a tough act to follow!

2. What inspired you to leave your nine-to-five job and pursue a full time career in comedy?

I was working at Statistics Canada and started counting how many years I had to work before getting a pension. I had 31 years to go! I got the hell out of there!

3. What is your proudest career moment? What about that moment was so memorable?

Opening for Dionne Warwick at the National Arts Center. The theater held 3,500 people. I had been performing for only a short time and this show was a big deal! My grandmother came and said afterward that I “should call the Johnny Carson Show and get on the TV!”

4. What is the best thing about working as a stand-up comedian?

The best thing is making people laugh and getting paid to do it!

5. Any advice for others wanting to pursue your profession?

6. If you were not a stand-up comedian, what would you be and why?

A politician, which I now am. I am on the Los Angeles City Council as a representative for our area neighborhood council. I was elected in 2014.

7. Where do you see yourself in five years?

My own sitcom or talk show. I am ready!

8. Best dining experience you’ve ever had? What part of the meal that made it special?

Le Bernadin in NYC. I love the food, but to me it’s the service that makes it special. Attentive but never overbearing or stuffy. Even if I use the wrong fork, it never feels like they are going to point it out.

9. Favorite vacation spot and hotel? What about it makes it such a memorable destination for you?

This is a tough question. I love to travel and have been to every province in Canada and almost every state in the U.S. I love Asia, Europe, and Africa.  I think my best travel experiences have been attending the Olympic Games; I’ve been to the Barcelona, Montreal, Vancouver, and London games. I love seeing the world come together and show us their best athletes. The energy in the venue is electrifying – everybody waving their country’s flag but cheering each other on. I’ve been to races where the last athlete to finish is a long way off and the entire stadium gets on their feet and cheers them on to the finish line. I think the Olympics brings out the best of the world!

10. Three items that can always be found in your handbag? Why are these items so important to you?

Lipstick, because I look like a ghost without it. Cash, because my grandfather always says a lady should have cash to call a cab if you ever get stuck in a bad situation. Breath mints, because you never know!

11. What song can you listen to on repeat?