This week, Clara speaks with Dr. Samuel Waxman, the founder and CEO of Samuel Waxman Cancer Research Foundation (SWCRF). As an oncologist/hematologist, Waxman has dedicated his entire career  to developing minimally toxic therapies to improve the lives of cancer patients worldwide.

Since its inception in 1976, the Samuel Waxman Cancer Research Foundation has awarded approximately $90 million to support the work of more than 200 researchers across the globe.

On November 12, 2015,  the Samuel Waxman Cancer Research Foundation will be the beneficiary of the 18th Annual “Collaborating for a Cure” Gala, a benefit at Cipriani Wall Street honoring designer John Varvatos and  featuring a performance by John Fogerty. 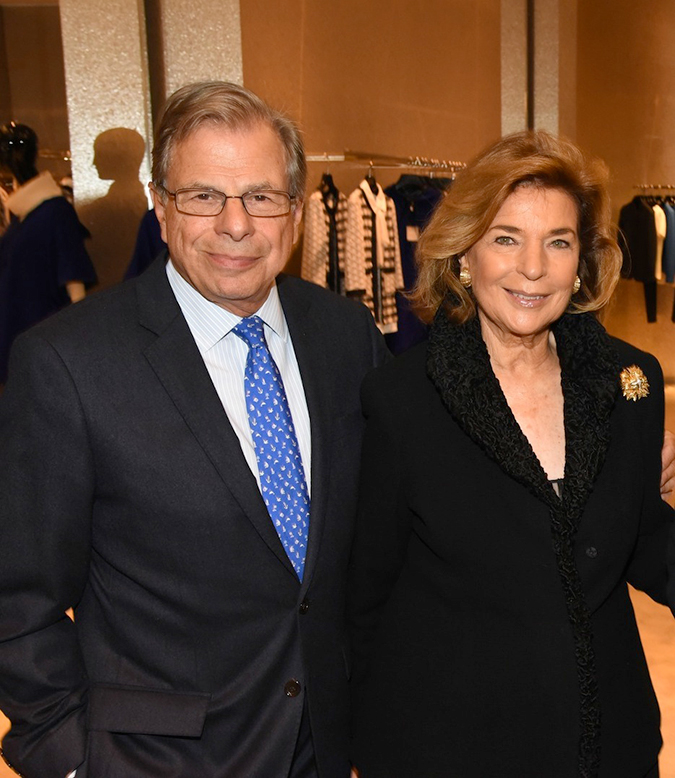 1. What inspired you to launch the Samuel Waxman Cancer Research Foundation?

I received an unexpected offer to start a foundation 40 years ago from Irving Alpert, the president of a successful women’s clothing company called Regal. Irving made the original donation that started our foundation on blind trust in my research. It’s a great Damon Runyon story.

2. Your charity frequently partners with the fashion world for its events, what inspired this?

Mary and Sidney Kantor, who were founding donors to the Foundation in memory of Sidney’s young partner, underwrote our first Gala 38 years ago. The benefit honored the president of Federated Stores, the original parent company of Macy’s, and we continued our affiliation with fashion ever since, honoring Tadashi Shoji, Cushnie et Ochs, and this month John Varvatos.

3. If you could meet anyone in the world, who do you want to meet? And why?

Ralph Lauren, because I consider him to be the most impactful fashion entrepreneur.

4. Who influences your personal style?

My lovely and fashionable wife Marion.

Receiving the Magnolia Award from the city of Shanghai for my collaboration with researchers at the Shanghai Institute of Hematology that produced a cure for a form of acute leukemia.

6. If you were not a top New York oncologist and founder of the Samuel Waxman Cancer Research  Foundation, what would you want to be doing?

7. Where do you see yourself in five years?

Celebrating breakthrough discoveries by our funded researchers that will make life easier for people with cancer around the world.

8. Any advice for others entering your profession?

Have passion and be in the game for the duration.

11. Three items that can always be found in your briefcase?

I do not carry one.