This week, Clara speaks with Ruth Lande Shuman, Founder of Publicolor, an organization that engages high-risk students, ages 12-24, in their education through a continuum of design-based programs. Their approach uses color, design, and design-thinking as vehicles to engage formerly underachieving New York City public school students, and to build a new sense of community.

Although coming from a background of privilege, she identifies with the poorest and largely minority students in danger of failing their studies at some of the most underachieving schools in New York. Prioritizing a one-on-one relationship with her students, Ruth singles out not the best student in the class, but the most struggling, boosting their confidence and self-worth.

Ruth founded Publicolor in 1996 with the mission to counter our inner-city public schools’ alarming dropout rate by engaging young people in their education through a continuum of 5 design-based programs, academic support, and teaching career readiness skills.

Publicolor is celebrating its 20th anniversary by honoring Michael R. Bloomberg and E. John Rosenwald, Jr. for their commitment to the organization’s mission.

Deeply committed to address the root causes of poverty, Shuman was honored at the White House last year, where she received the prestigious National Arts & Humanities Youth Program Award. 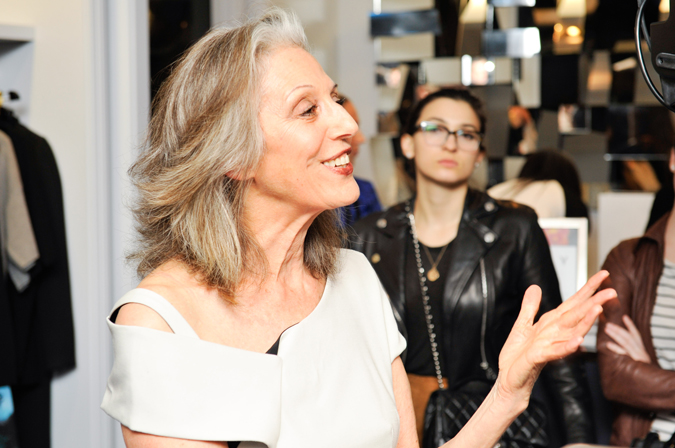 1. What led you to launch Publicolor?

As an industrial designer I am committed to using design to address two of the root causes of poverty: the under-education of our youth and their lack of job preparedness.

I set my sights on improving the lives of neglected NYC public school students, their teachers, families and communities. I was alarmed by the students’ low test scores and high drop-out rates, and appalled by the dreary and often prison-like facilities that operate as our middle and high schools. I knew by improving these students’ learning environments we would also be changing their attitudes and engagement both in the classroom and in life.

2. What is your favorite aspects of Publicolor’s programs?

I am thrilled by all the work we do at Publicolor. Our programs are uniquely directed at the children who are at the highest risk of dropping out and becoming a burden to society.

Helping them realize their potential – which is huge – and seeing them flourish is inspiring.

3. Who influences your personal style?

I influence myself the most, although Gaetano Pesce has influenced some of my wardrobe choices.

4. What is your proudest moment at Publicolor?

In May we will be celebrating our 20th anniversary, and looking back over those 20 years there are many moments I am proud of. Of course, anytime a student gradates our program and goes off to college I get emotional.

I am very proud that out of a full and part-time staff of 41, 17 are Publicolor graduates.

I am proud and grateful for all the support my sons have given me over the years, and I treasure the time that my mother, who was in her late 80s, joined me in Washington when we won the presidents’ service award from President Clinton.

5. If you were not founder & president of Publicolor, what would you want to be?

An artist or activist.

Still shepherding Publicolor, and hopefully meeting once a week with alums. Hopefully, Publicolor will have our summer design studio program on numerous campuses so we can make a huge difference in summer learning loss, a major contributor to the educational gap between high and low income students.

7. What song can you listen to on repeat?

“Respect” by Aretha Franklin. We play it every year at our gala Stir, Splatter + Roll, and will again this year on May 16th, when we will be honoring Michael R. Bloomberg and E. John Rosenwald, Jr. who are both longtime supporters of the organization.

8. What is your favorite vacation spot?

Colorado. I hike and I paint – it’s very peaceful there. In Colorado I stay at my home there – it is a true vacation for me. I am wild for the red soil and the natural formations. 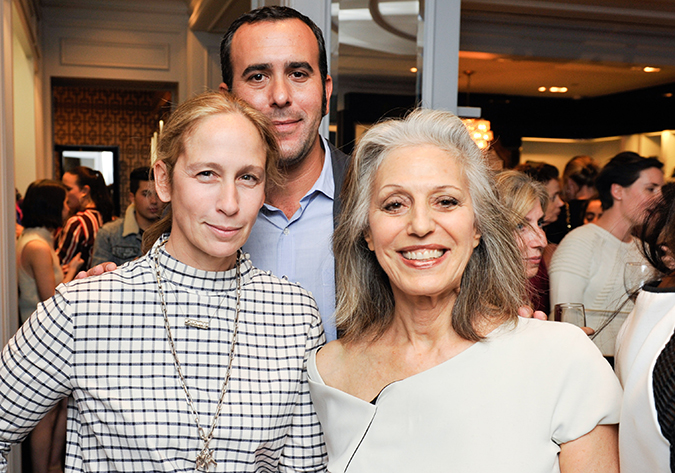 9. Tell us something that people do not know about you.

I grew up in Canada and decided to become an American citizen so I could vote.

I completed a six-month post-graduate study on the psychological effects of color, so my apartment in New York City does not look like any other Park Avenue residence. It has been completely reimagined by Italian architect and industrial designer Gaetano Pesce.

He designed my living room “Circus Sofa” to capture my involvement in the development of the Big Apple Circus. He poured resin on my floors and designed the furniture and the doors. Some say it is a museum. It is a colorful wonderland – always stimulating, and I love it.

Also, I love animals as much as I love color. I have three dogs. Two Golden Retrievers named Red Sage and Orange Sky. And a Havanese named Chroma.

10. Which three items must you always have in your purse and why?

2. A Gaetano Pesce resin bracelet – I always have one with me. He is a special friend/partner, and I have learned so much from him.

11. What is the best international dining experience you have had?

Dinner at Enoteca Pinchiorri in Florence. So creative and totally delicious! The chocolate table is beyond memorable. 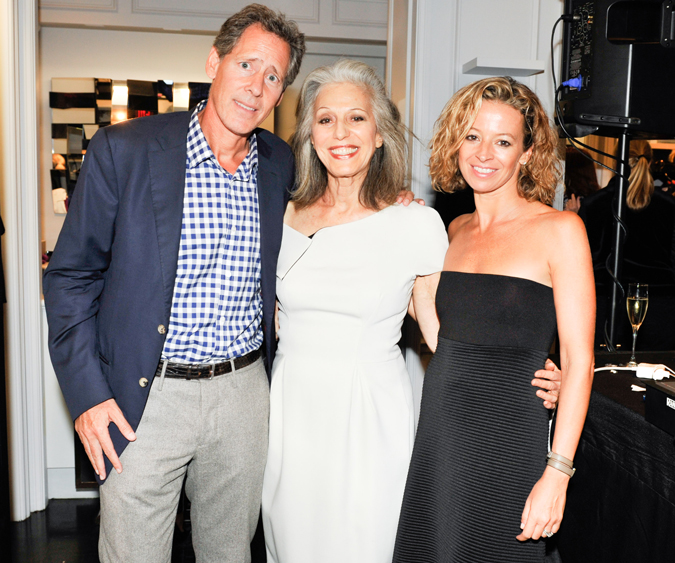 12. Please tell us about a Publicolor success story, where have you seen the changes the program has made in a child’s life. Why has this story stayed with you?

One of our students, Tyeem, grew up in East Flatbush, Brooklyn, at a time when it was known as a hotbed for drugs and violence, with rates of robbery and assault far above the city average. His school, characterized by discipline problems and under-credited students, offered no relief from the chaos of the street. Tyeem was introduced to Publicolor when he was in 10th grade; staffers Secile and Nadia recognized Tyeem’s drive and potential. He was inspired by a Publicolor-led tour of nearby colleges and today he is almost ready to graduate from LaGuardia Community College. He plans to enroll at the Institute of Audio Research as part of their joint Associates degree program in audio engineering.