Dubbed the “mother of rock & roll,” Buell has had a long, successful career in the music industry, where she has developed a reputation as a force of nature and a frontwoman to be reckoned with.

Coinciding with her career in the music industry, she was a high-profile model, signing to elite modeling agency Ford Models after being discovered by Eileen Ford upon graduating from high school.

She posed for top photographers, and graced the pages of elite publications, including international editions of Vogue, Harper’s & Queen, and Cosmopolitan.

Along with her careers in fashion and music, she is well-known for being the “friend to the stars” for her closeness to top names from Jack Nicholson to Mick Jagger.

She has also had high profile relationships with some of the most famous rock stars in the world, including a long-term relationship with Todd Rundgren, and with Steven Tyler, with whom she had her only child, actress Liv Tyler.

Parts of Buell’s life were the basis of Penny Lane’s character in the Oscar-winning film Almost Famous.

In 2001, she released her autobiography Rebel Heart: An American Rock and Roll Journey, which became a New York Times bestseller.

For more information on Bebe Buell, visit: www.bebebuell.org or follow her on social media at www.Twitter.com/BeBeBuellBand and www.Facebook.com/BebeBuellBand. 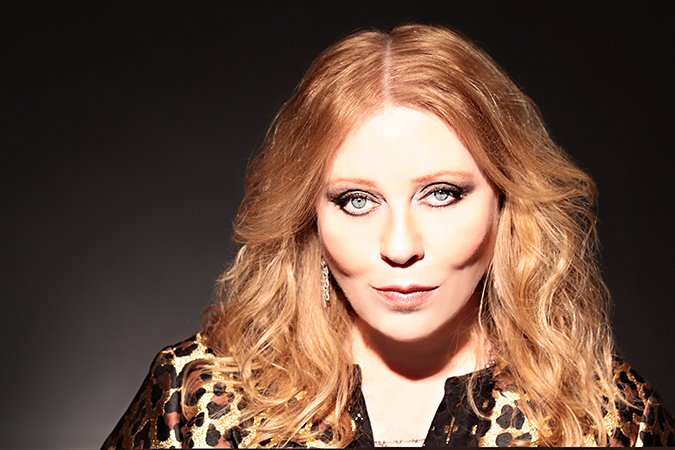 1. What events led you to pursuing a career in the music industry?

I believe that it’s something that you’re born with. Music has been a “need” and part of my life since childhood. I was one of the lucky kids who got to see the Beatles and the Rolling Stones on the Ed Sullivan Show. There was no turning back after that! Then I began to sing in the school choirs – I went to Catholic schools, so music and singing was an important part of my education. I wish schools cared as much now about the arts… it shapes us and makes us whole.

I fell in love with the city after visiting to sing on a tribute album honoring the great Eddy Arnold. I was invited by his grandson, Shannon Pollard, and he became one of my best friends, mentors, and now my drummer.

Nashville is called “Music City” for a reason — it embodies the spirit of songwriting and music in such a welcoming and nurturing way that it was irresistible to me.

I love NYC, too, so I will continue to go back and forth, but my main residence is now in Nashville. I’m happiest when surrounded by music and the people who create it. This is a songwriting mecca!

I’ve had the privilege of singing with the GREAT Crystal Gayle, Harry Stinson… to name a few. I’ve found my place of artistic acceptance here.

3. If you could meet anyone in the world, who do you want to meet and why?

I’ve met just about everyone I’ve ever admired, so I guess I would want to meet someone who’s left a huge mark on my artistic soul…Probably Oscar Wilde or Edgar Allan Poe… Einstein was also a childhood crush. But in the now, I’d love to have dinner with Dolly Parton!

4. Who influences your personal style? What is it about their aesthetic that appeals to you?

My personal style evolved over the years from some of my early influences — The British Invasion and Vogue Magazine in the late 60s into the 70s… I adored the look of the early Stones and the women who ruled that era. It rolled over into my own style.

However, I can’t live without a perfect black Calvin Klein jacket (I own several) and great fitting jeans — also, a good pair of black pants works with everything. I’m a bit obsessed with hats, too, so I’m in heaven living in Nashville. Lots of hats and lots of amazing hand-tailored suits… I’m a HUGE fan of the designer Manuel. 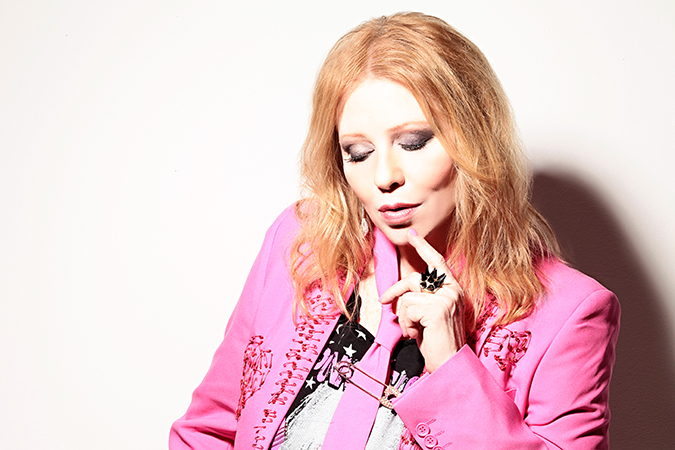 5. You have had an illustrious career in both the music and fashion industries. What is the biggest career highlight to date?

As a model, it was being photographed by Clive Arrowsmith for British Vogue in 1976, and as a musician, probably the first time I played a big stage in 1981 – the Ritz.

Playing the Bluebird Cafe here in Nashville three times has been a real career coup… My dream is to play the Ryman and sing at the Grand Ole Opry…my musical and photographic dreams are still unfolding.

6. If you were not a musician, what would you want to be?

Most likely an actress or vet… I love the craft of acting and I adore animals… I will dabble in both. I see no limits in what I can do in my life. There’s a lot of things I’m working on, and they encompass film and television. Stay tuned – 2016 is a big year for me. I will eventually devote my life to animals exclusively, but I still have some dreams to fulfill.

7. What is your favorite city to perform in? Why is it so special to you?

Of course it’s always a thrill to play New York. I knew I had earned my title of “musician” when I started to perform in Nashville. This is not an easy town to crack, so it feels so good to be here  and making a mark. I’m looking forward to playing the UK – I guess London would be my next dream stop!

8. Any advice for others looking to become professional musicians?

Being a musician is either in your blood and DNA or it’s not. I don’t really have a choice – music is my happy place and my source of strength. My advice would be to start young and keep working hard. Practice, practice, practice. 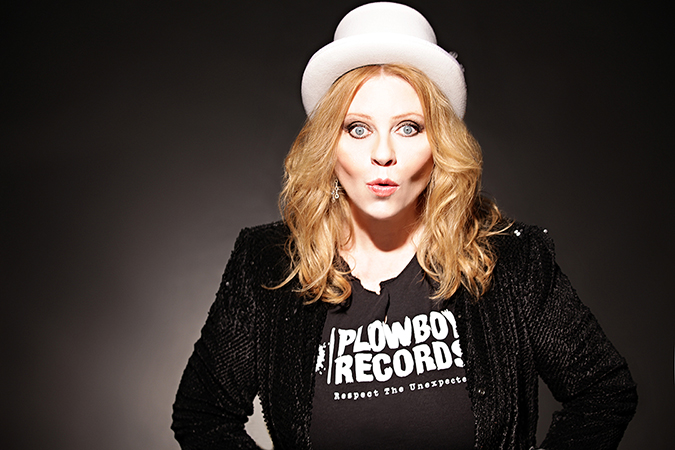 9. Best international dining experience you’ve ever had? Where was it, and what parts of the meal made it so memorable?

My favorite place to eat is St. Barths… the glorious French preparation and presentation is unbeatable. Plus, I love that you can enjoy such decadent food but the portions are sensible. Eating on the island is so sexy and delicious. But I’ve had so many wonderful meals in NYC, too. I used to LOVE going to the Russian Tea Room for oysters and vodka.

10. Favorite vacation spot and hotel? What is it about that particular destination that makes it special to you?

My favorite vacation place is still St. Barths and we always rent a villa. My favorite hotel in the entire world is the George V in Paris.

11. What items can always be found in your purse? Why are those items so important to you?

Three items in my purse that I can’t live without are lip balm, Wet Wipes and pen and paper… I get song ideas in the strangest places, so I need to be prepared. I am a germaphobe so I need my wipes, lol! And there’s nothing worse than a dry lip… Givenchy makes the best tinted lip creations on the planet. For day to day, it’s my Burt’s Bees Blushing lip balm… Oh, and every girl needs a good Mason Pearson’s small hairbrush in baby blue for those fly away hair days… and eye drops!

Right now it’s been “Moorage Daydream” by David Bowie… and when I need to get pumped up before a show, it’s always and forever “Monkey Man” by the Rolling Stones. I’m a huge Tom Petty fan — he’s my favorite American songwriter by far! 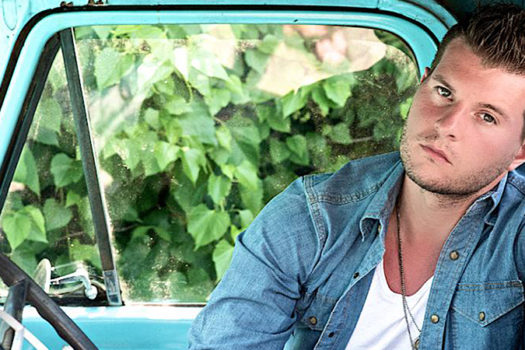 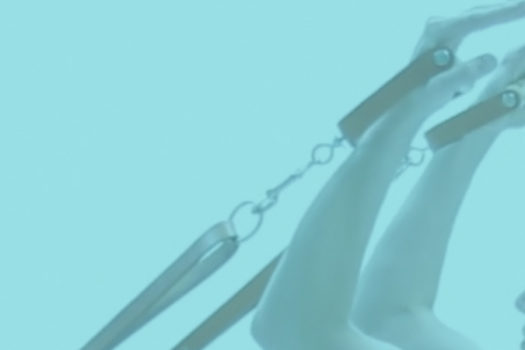 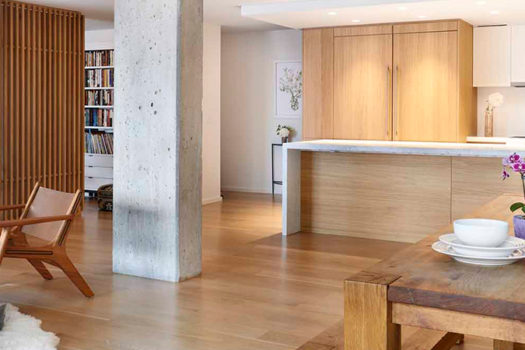 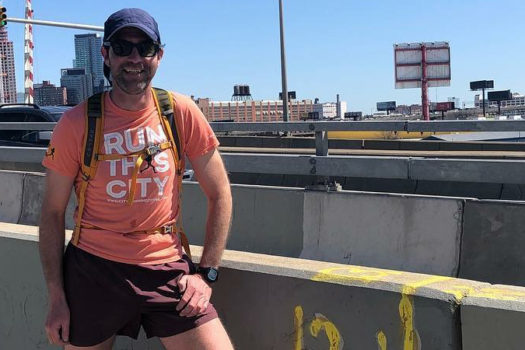