We first met Shawn Frayne in Hong Kong in 2008, when he was 27 and working on a new technology that used natural or artificial wind to generate electricity.

Think strips on a maypole that vibrate with the wind and convert the movement into energy. It was a great product, it still is, and it’s one that could revolutionize the industry.

Five years later, Shawn hasn’t slowed down, and he’s now bringing one of his new products to market.

You see there’s going to be some change when it comes to photography. While the technology is available and being used by some, the masses will one day have two cameras instead of one on their smartphones and tablets. Why? So folks like you and me can triangulate our subjects and take 3D photographs.

Shawn saw what’s ahead and figured out a way to print those 3D images, locking the ink in lucite cubes and calling them Looking Glass prints.

It’s another great idea, with many possibilities, and the cubes themselves look fantastic. You can see them up close at SXSW from March 7 to March 11.

Life isn’t just about building a better mousetrap. Sometimes it’s about taking a 3D picture of it and encasing the image for all to see.Without further ado, a NewsWhistle Q&A with inventor Shawn Frayne… 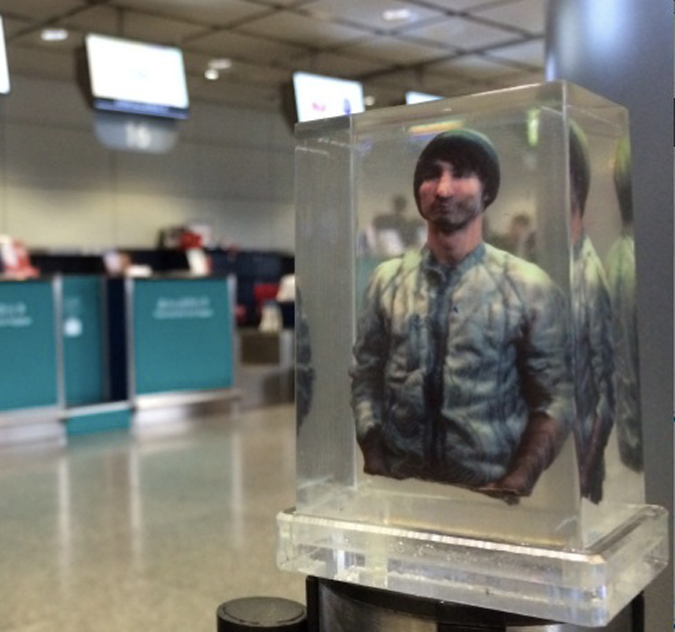 NW: Tell us a little about yourself.

SF: After flipping sandwiches and scooping ice cream cones for a few years and building prototypes at night, I’m happy to say I’ve been a full-time inventor for almost a decade. My background and interests are in cleantech and holography — I’d been focused on the cleantech side for a while, and now I’m focusing on making the dream of holography real through a new startup called Looking Glass. 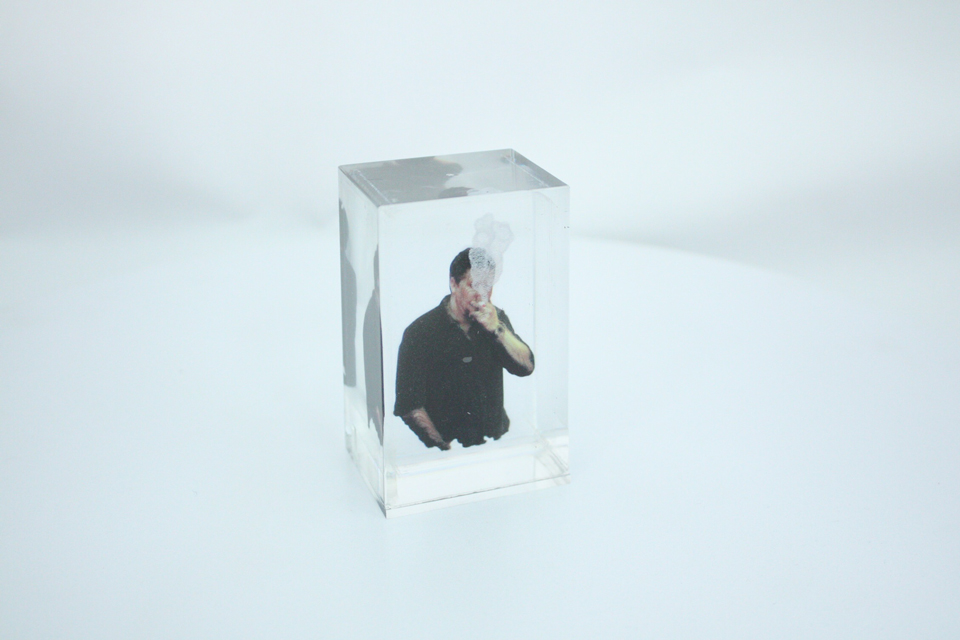 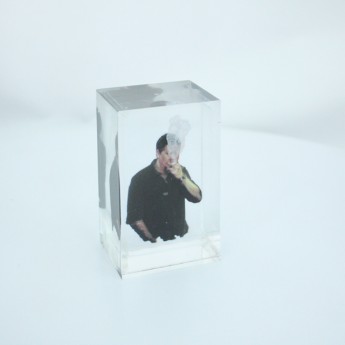 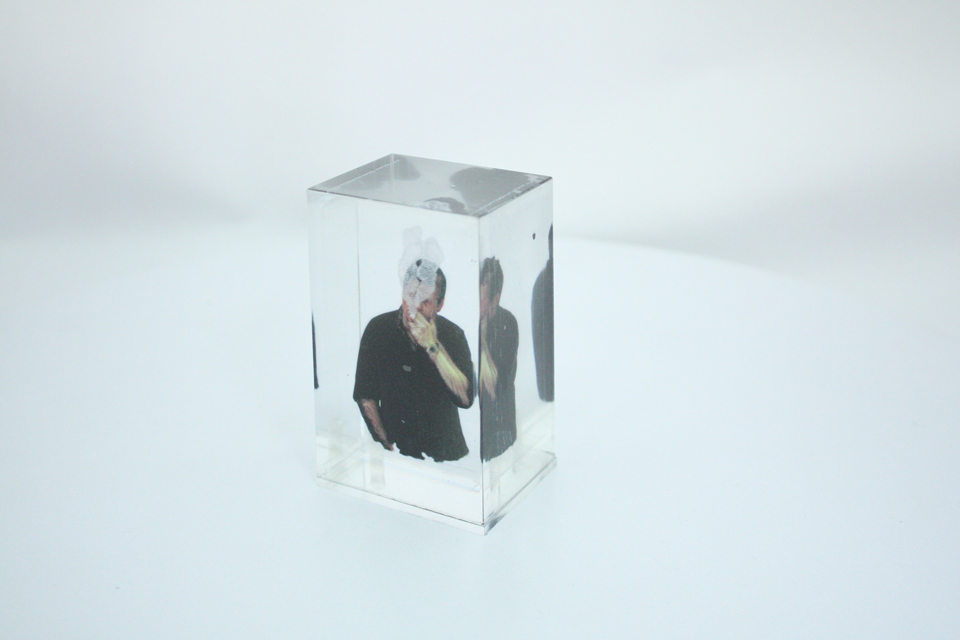 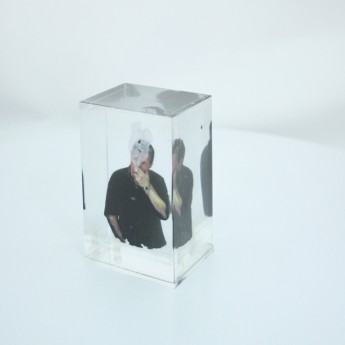 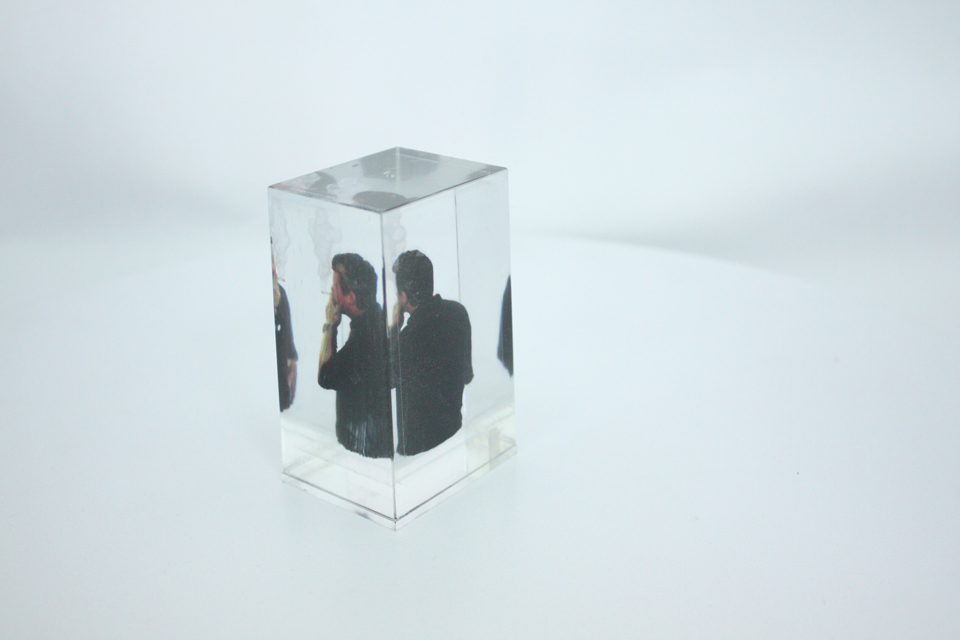 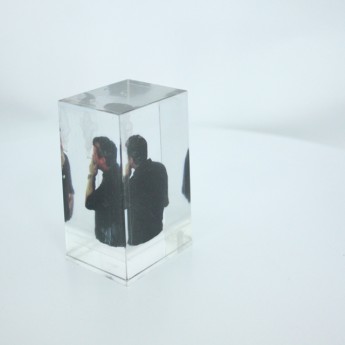 NW: Why did you choose to become an inventor?

SF: I was born in Tampa, Florida in a family that loved to talk about inventions at any and all big family gatherings, so there was this implicit permission that it was ok – even great – to try and become an inventor.  Most families don’t give that permission to their kids and grandkids and don’t make becoming something like an inventor into a heroic undertaking, so I was lucky to have that growing up.  My brother and sister also are inventors and creative designers for the same reason, I think. 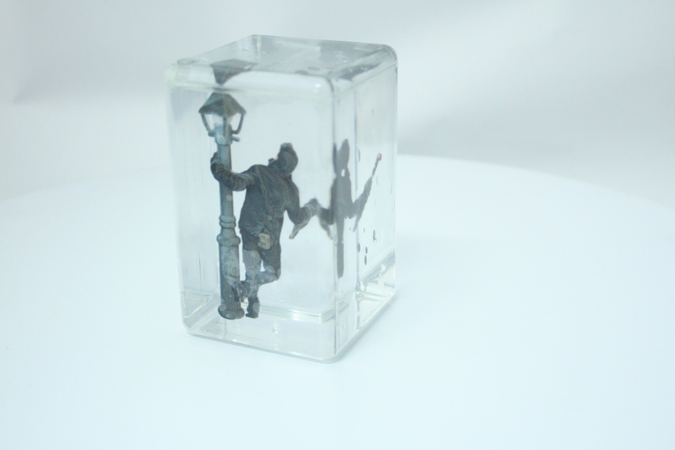 NW:  Why did you choose to set up shop in Hong Kong? 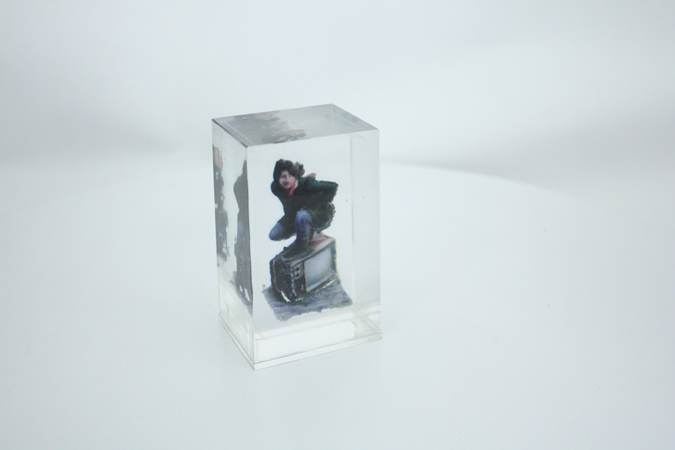 NW: Tell us about some of your past inventions.

SF: The most well-known invention I worked on with a few other guys is the Windbelt, a non-turbine wind harvester that uses an effect called aeroelastic flutter to convert wind energy into electricity.  It’s a different way to turn fluid flow into electricity and it has some inherent advantages over spinning generator systems.  I still believe that within my kids’ lifetimes there will be Windbelts fluttering away on the Embarcadero of San Francisco — as it stands now, there are loads of students that have made Windbelts for their science fairs.  One kid even won $10,000 in a competition by showing a Windbelt, I’m told.   I’ve also worked on a number of solar, biomass, and green packaging inventions, like Wonderfil Wrap (sold to Sealed Air Corporation and now on the market).  Looking Glass is the new 3D imaging invention that the team and I are focused on now and, in a way, it’s derived from the solar work. 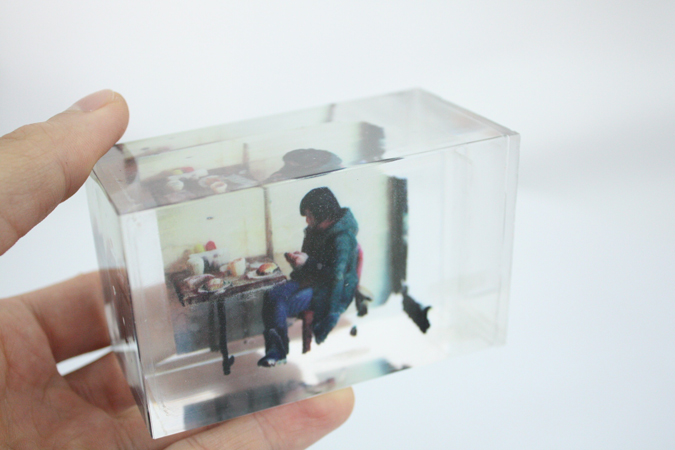 NW: What is Looking Glass? Why the name? And how does it work?

SF: Looking Glass is a way to pull a piece of digital space into the real world.  That’s a fancy way of saying we can take any 3D scene — like, an architectural model or MRI or a 3D scan or drawing — and 3D print that in a little block of lucite or glass in full color with magazine-level resolution.  It’s unlike most of the 3D object printing tech that folks may have read about in that we suspend ink in a volume to recreate in the real world that before could only exist in digital space.  That’s why it’s called Looking Glass – it’s a chunk of digital space, brought across the great divide into physical space, like the bridge across worlds.  And, on a basic level, you look at it — it’s an image, in 3D, trapped in glass. 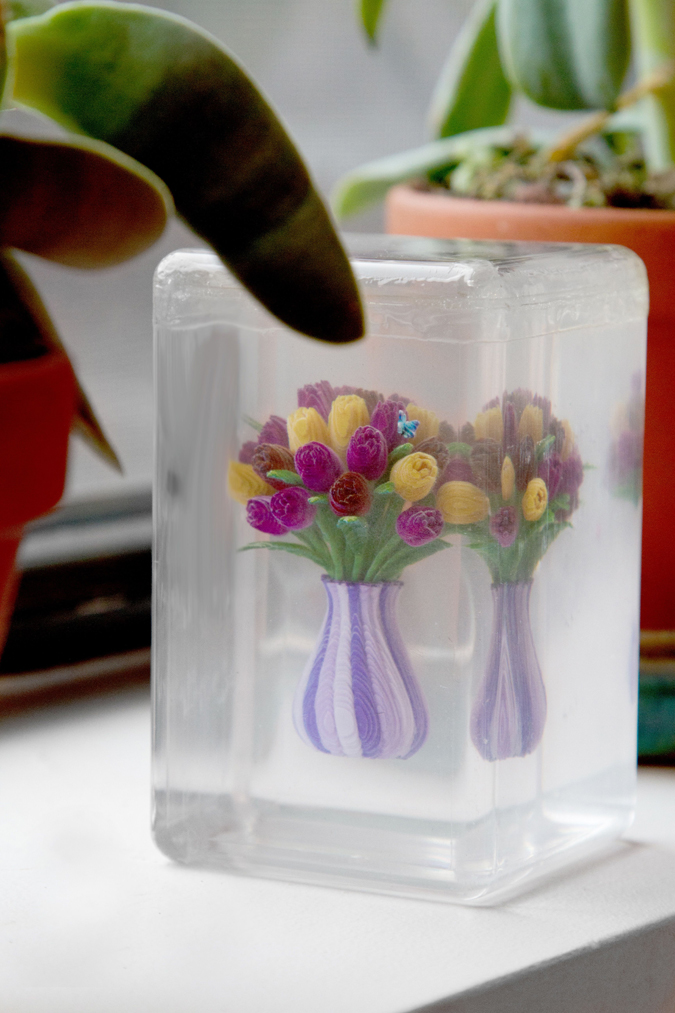 NW: How can people use Looking Glass? Who will try, use and apply it?

SF: Anyone that creates 3D content, like movie studios, 3D photographers, architects, scientists, doctors, and gamers can bring their content into the real world by printing a Looking Glass.  We run a service where folks send us the 3D content through our website www.lookingglassfactory.com — we then print a Looking Glass within a week and then ship it to them.  What we do is a lot like running a graphic print shop, except what we print has another dimension. 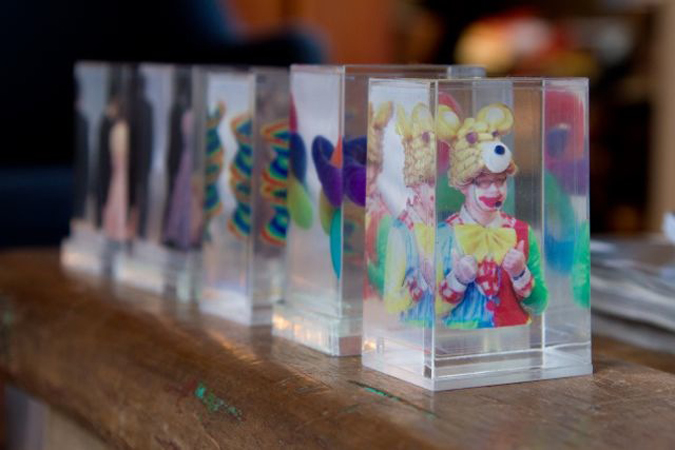 NW: What is the future potential of Looking Glass?

SF: We will continue to use Looking Glass as a bridge between digital space and the physical world.  When these worlds can start to exist in the same space, it’s going to be magical.  Just like movies, when they first came out, they were real magic.  That’s the dream of Looking Glass and the potential — increasing the magic content of the universe. 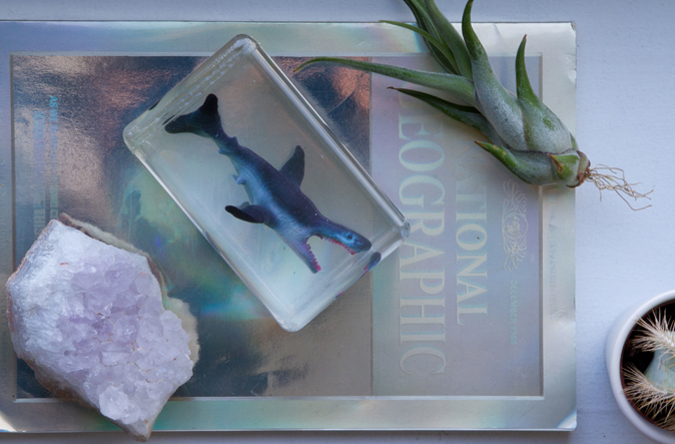 NW: How hard is it to make a living as an inventor? What suggestions do you have for anyone thinking of joining the field?

SF: With the rise of Kickstarter, it’s getting easier to quit that Chuck-E-Cheese job and become an independent inventor.  But learning to live at minimum wage for stretches of time is still important, since creating and selling an invention has all the risks of being an entrepreneur plus the unknowns of running a science experiment — and this means you need to be comfortable with swings in your income as support for your inventions rises and falls.  I bet working to be an actor in New York is the same.  Big dreams mean you have to be willing to do anything to get there. 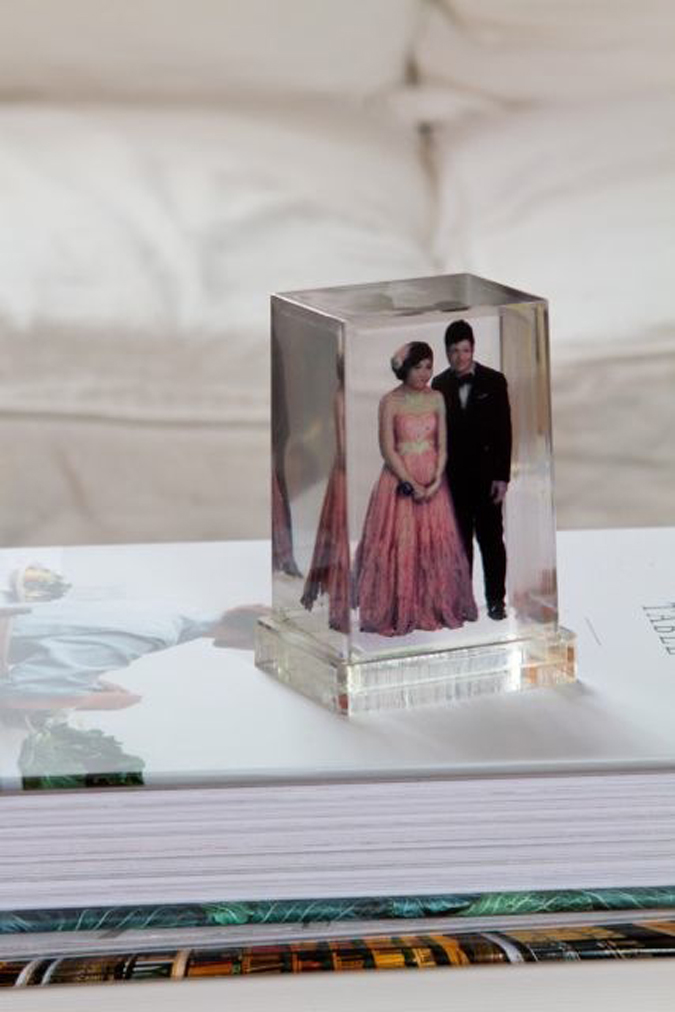 NW: What is the greatest piece of business advice you’ve ever heard?

SF: Nice guys are a dime a dozen. 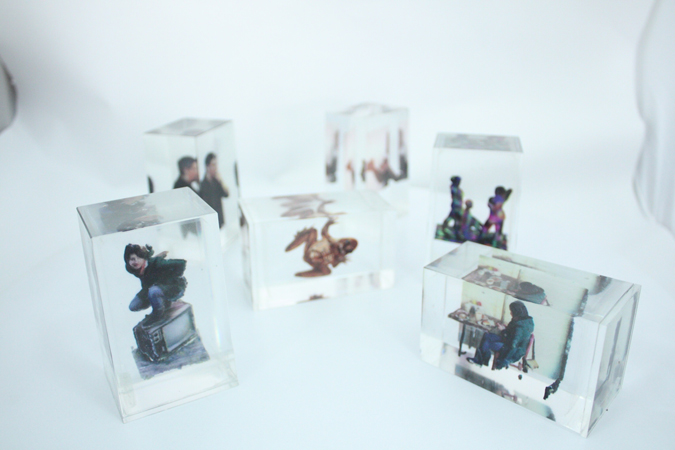 SF: We’re creating a new product category in a lot of ways, so the market doesn’t demand Looking Glass prints yet — it’s so new, no one has ever had the thought to want it before — so, figuring out how to tell people Looking Glass exists and could enhance their creativity and businesses is quite a row to hoe.  But it’s starting to happen.

The greatest success is probably having the whole team believe in something collectively, having this shared vision for something new that didn’t really exist at the beginning, other than as some sharpie squiggles on glass slides and a bowl of machine oil seven months ago. 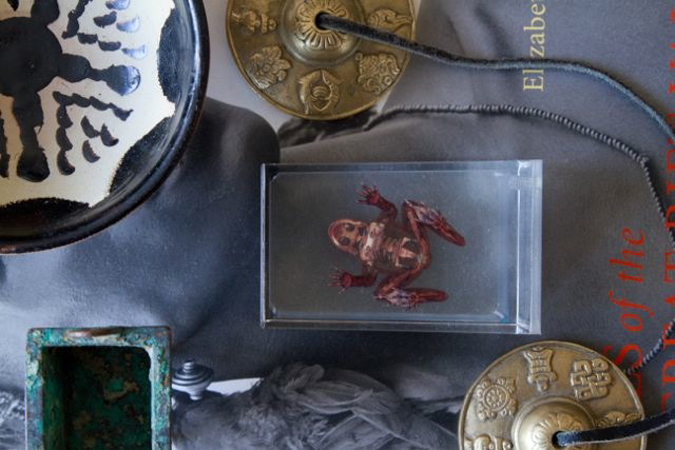 NW: Who is the greatest fictional inventor of all-time? Doc Brown from Back to the Future? Captain Nemo? The dad in Gremlins? Someone else?

NW: Who is the greatest actual inventor of all-time? Edison? Ford? The guy who built the air conditioner? Someone else?

SF: Edison invented the phonograph and that alone puts him at the top of the list — no one before the invention of the phonograph even had the concept that you could or would want to record and play back human voice.  The phonograph led to the information age in a lot of ways, creating the idea that you could store information onto solid materials and play it back.  René Descartes and the invention of the Cartesian coordinate system was equally reality-altering for many branches of science and art. 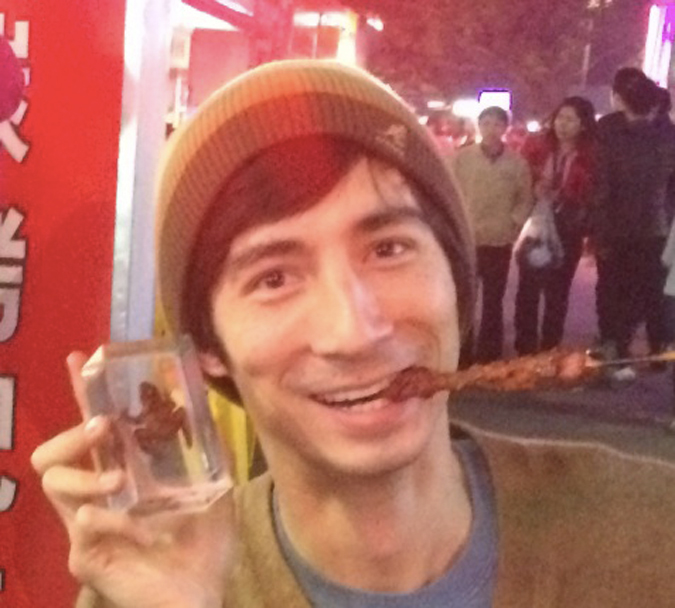 On Our Bookshelves: Night Train to Lisbon

On Our Bookshelves: Kenny & the Dragon 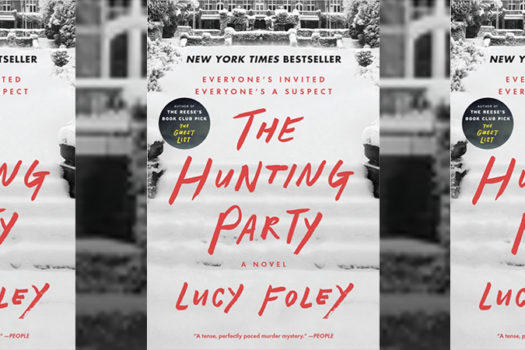 On Our Bookshelves: The Hunting Party (2019) 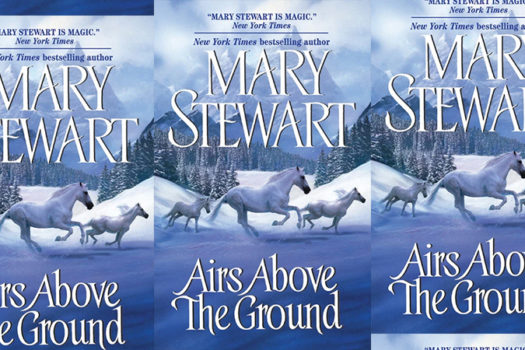 On Our Bookshelves: Airs Above the Ground (1965)