The French vs the Brits I

The Romans were known to be good colonists, because they left the local culture and religion alone.  But for the modern era colonists, it is about what you leave behind.

The Americans didn’t leave much behind, evidenced by the fact that few people know that the Philippines was once an American colony. Give all the credit to the Spaniards, it is still known as their town and everyone’s surname is Delacruz. Furthermore, everyone knows what surname means!  But there are subtle remnants of a once American town, like their love of Coca Cola and a fast food culture second to none in all the emerging markets. Typically the impoverished in the emerging markets eat only whole and simple foods, and lots of vegetables. Like the rich in the developed markets.

The Brits left behind lush gardens and blossoming flowers, mostly due to the fact that the Brits tried to create a little English bubble wherever they went, whether in the sweltering humidity of Burmese India, or the dry heat of The Gambia.  With the garden also came the gin and tonics, and endless complaints and rageful men.

The French on the other hand left behind their sense of style, joie de vivre, love of food and the perfect croissant.  They treated their colonies like a destination de vacance, which you can see in all the Bon Voyage posters advertising cruise lines between Paris and Dakar.

That is why in Senegal, it is virtually impossible to have a bad meal. In a dusty town in Thies en route from Dakar to Saint Louis, the old French capital of Senegal, you will be taken to the most wonderfully French patisserie (Les Delices) with croissants, coffee, and buttered pasta. The French Institute in Dakar is also known for great cuisine, but we got to experience one of our best maafe chicken dishes (chicken in peanut sauce with local spices), the plat du jour, at Alliance Franco-Senegalaise de Ziguinchor. Yassa fish (fish in a delicious citrusy lemon sauce) would have been better if we hadn’t ordered it after last call at the very colonial Hotel La Residence, and was superb at Restaurant Galaxie [221-77-639-4008] in the heart of Saint Louis.

Lesson number four:  when visiting a former French colony, don’t skimp on the food. Have one plain croissant and one pain au chocolat with your coffee every morning, prepare yourself for civilized three course meals every meal, which should always end with a cup of perfect espresso. And don’t forget the mid-afternoon pastis to cool off from the heat. 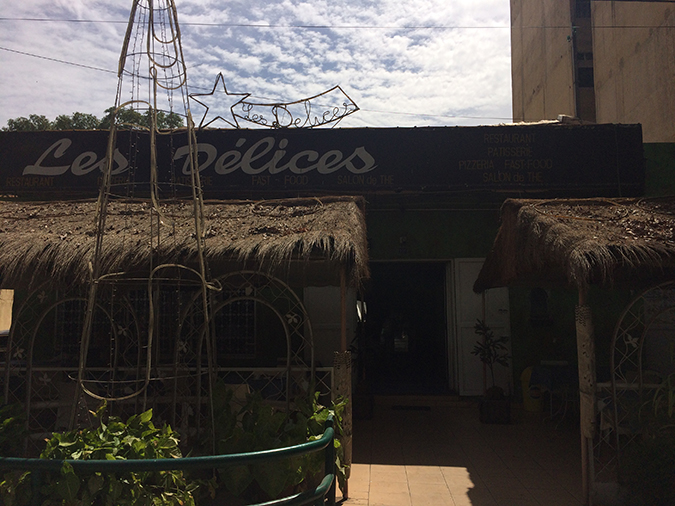