Films From India – Our Movie Review of Ok Jaanu

The first all-encompassing love story from Bollywood in 2017 has a bit of everything in it. There’s music, peppy costumes, passionate love. What’s missing, however, is any logical flow.

Should you see it?

Well, effervescence and exuberance abound as flawed, passionate, and bewildered characters search for true love… but don’t seem to know how to keep it intact.

Aditya Roy Kapur (as Adi) and Shraddha Kapoor (as Tara) are thrust into a weirdly structured storyline about two random youngsters who meet during a chance encounter. We watch with flagging energy as flirtatious first-time dates lead to frequent cat-fights and lots of needless drama.

Then there’s India’s ninja of acting, Naseeurddin Shah (as Retired Judge Govind), and Leela Samson (as an aging Alzheimer’s patient) who star as a loving couple, united in their fight against old age and medical problems.

Aditya is a happy-go-lucky but adventurous game developer, who’s lives with Uncle Govind while looking to score a lucrative video gaming deal.( It’s strange that the filmmakers even mention Aditya’s employment. Work attendance doesn’t seem to matter here. One of the movie’s morals, we think, is as long as you have great ideas you can repeatedly bunk work to cater to your newfound romantic interests.)

With his piercing and penetrative honest eyes, Aditya generates passion and verve, but it’s just too little. Acting and looks can’t save this effort.

The film is lacking both a tight script and any believability.

As for the character of Tara, she’s also flawed due to the writing. Shraddha is among the finest new generation actresses but she’s asked to fake a suicide attempt in the middle of a crowded Mumbai station and flirt with a stranger in the middle of a wedding ceremony. Illogical stunts, to us.

We’re all for romance on the big screen. We like cute romantic pairs blazing forth into a new relationship – whether it may or may not be doomed from the start.

But we’d like the storyline to be fresh, new. and real.

Bollywood can do better. Filmmakers should:

We really wanted to rave about Ok Jaanu, but instead we were left wondering why the film was ever made and where our 2 hours and 15 minutes went.

Rating: (one to five whistles, five being the best): 2.5 Whistles 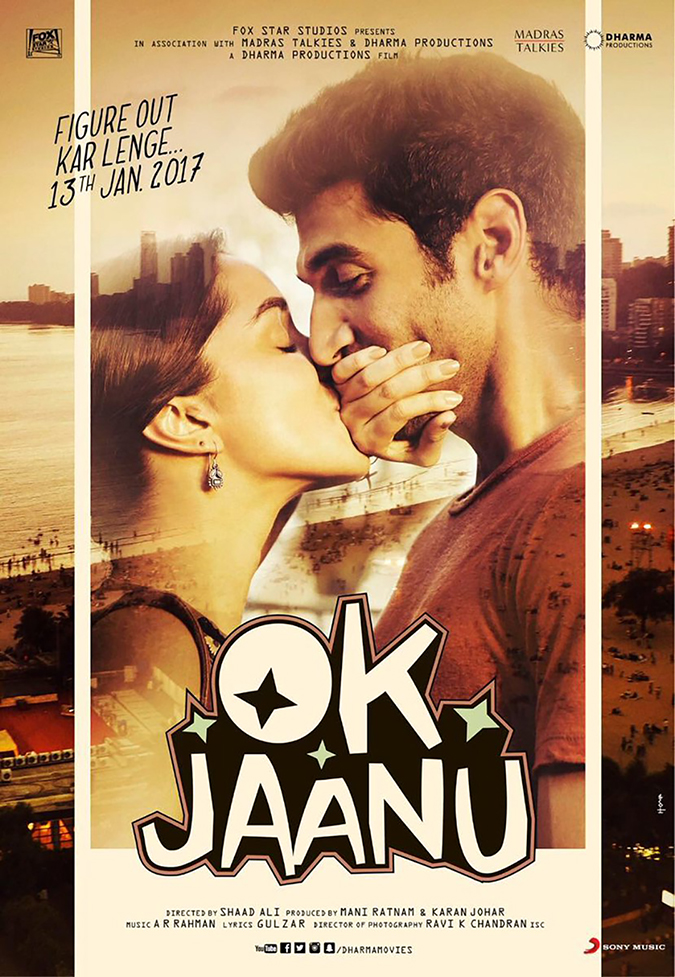