Invader — the French street artist who creates mosaic tile depictions of video game characters and other comic creations — has developed an APP for people who’d like to search for his work and keep score with other fans.

We asked the people behind the APP — called FlashInvaders — to tell us more about the artist and his new product.

1. For those unfamiliar with the artist, who is Invader?

Invader is an artist who lives and works on Earth. He has been responsible for the most colourful and peaceful invasions in the world with more than 60 cities invaded by his mosaic characters which he helps escape from the screens of the computers and arcade machines of the 80’s.

He uses the mosaic, one of the most ancient artistic medium, in order to materialize those iconic characters of the digital area in the reality of our cities.

2. Why the need for an APP? Are there other artists doing the same?

The app is a bonus. It was not a need but a way to connect the public to the work and make the public take a place in Invader’s artistic experience.

FlashInvaders invites you to wander the streets of cities around the world and interact with Invader work. For every photographed («flashed») and recognised Space Invader, FlashInvaders will reveal its identity, official portrait, and the number of points Invader has awarded it. Successfully “flashed” mosaics are also posted in real time on the artist’s website.

Players can compare their score and finds. 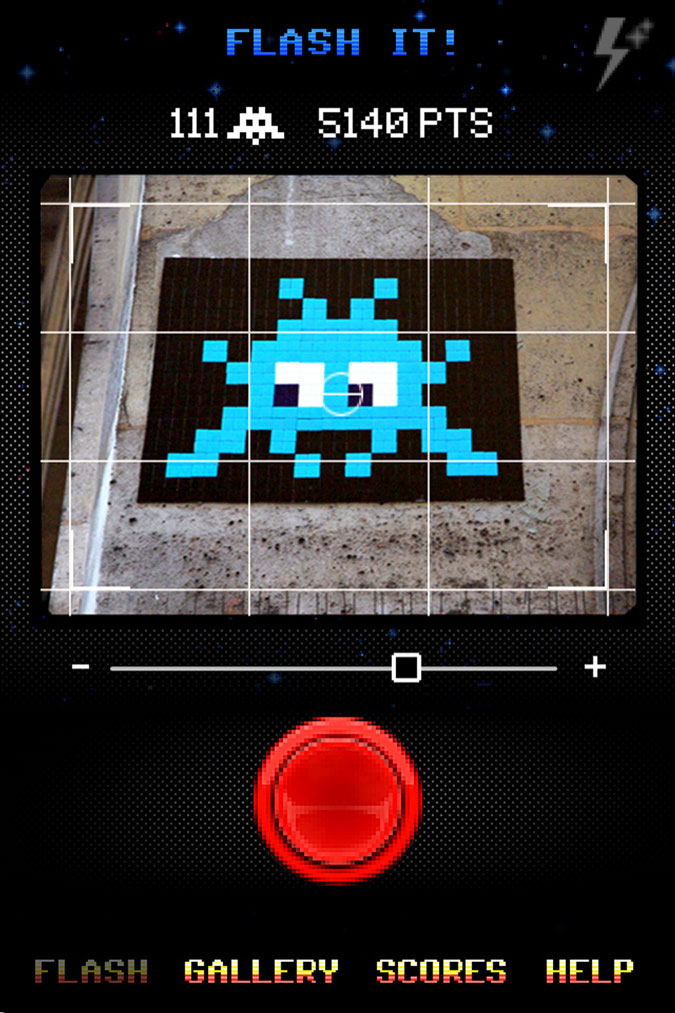 4. Is this like a treasure hunt? Are there clues? Or do people just have to find Invader’s work on their own?

Absolutely it is a kind of treasure hunt.

There are no more clues than the list of potential “playgrounds” (the cities where Invader has installed his artworks). Players have to wander in the cities and the world for real to find the mosaics. Nevertheless, the players show solidarity and share some clues on social media such as instagram.

5. Why would people use this APP? Do they win a work by Invader? Will they join a fan club? Be part of a community?

The fan club / community was pre-existing to this APP but was split in several media (flickr, instagram, facebook). The APP has gathered them and given them a new goal: find them all!

There’s nothing to win except to be on top of the high score…until another player replaces you. It is a friendly competition. 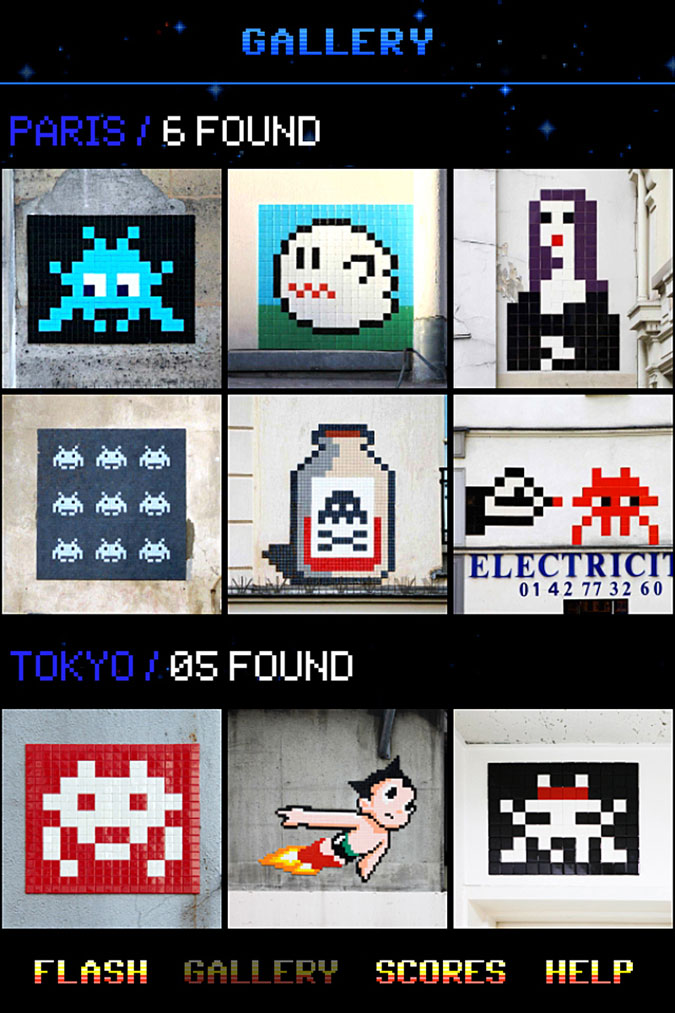 6. How long has this APP been on the market? How many times has it been downloaded?

The test version has been released last summer.

7. How has the APP been received by critics? By the public?

Critics and public are quite enthusiastic and it is just a beginning as the content enriches with every new artworks that Invader installs.

8. Anything else to add, promote or discuss? 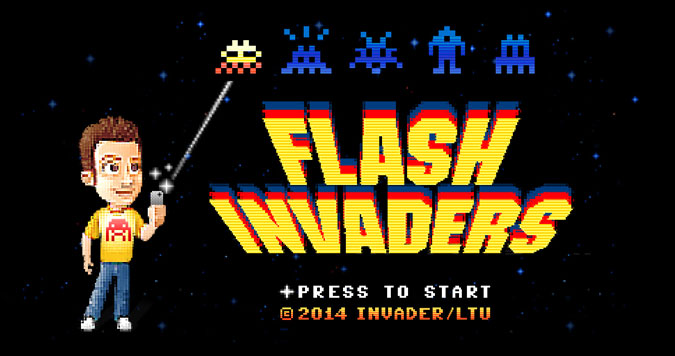