From Kanye’s floating stage to Ryan Lochte’s foxtrot take-down we have all the celebrity highlights you need to get you through the week. Dig in and enjoy!

Ryan Lochte was ambushed by protesters as he finished the foxtrot on his first Dancing with The Stars performance. Ryan responded by saying “It was hard. Someone reached inside and ripped my heart out and stepped on it.” We’re not sure if he was talking about the protesters or the judges’ reaction to his foxtrot.

We are dating ourselves with this one, but we couldn’t resist. There may be a Justin Timberlake and Britney Spears reunion. At least in the music studio. Britney expressed interest in a collaboration of some sort with her ex-flame and Justin in turn confirmed his willingness to work with Brit in a  recent interview. OH MY GAWD! IS THIS LIKE REALLY HAPPENING?

Tom Brady has revealed candid details about his life and family. Thanks for sharing, Tom!

Poor Amy Schumer! While on a romantic getaway with her boyfriend Ben Hanisch to Paris, the comedienne contracted food poisoning. Speaking of “train wrecks,” the star tweeted a photo of herself in the hospital being treated! Here’s wishing you a speedy recovery!

The US Open wrapped up with a surprising win by Stan Wawrinka over Novak Djokovic in the Men’s Final match. It was a truly spectacular display of power in the sport.

Great game no doubt, but one of our favorite moments was seeing the reclusive Leonardo DiCaprio actually warm up to a young fan, allowing her a rare selfie and his turning to her for final approval over the image. Our heart almost melted. Almost.

NewsWhistle was live at the US Open for the entire tournament. To scroll through dozens of our celebrity photographs, feel free to click here.

Kanye West had the brilliant idea to perform on top of a floating stage during a recent show in Atlanta. This must have just seemed like a challenge because sure enough one fan got the bright idea to actually climb up and try to reach Yeezy. The fan grabbed hold of the bottom bar of the stage and with a few quick moves got “thisclose” to the rapper.

Kanye in that moment must have seen what a nightmare this could turn out to be with management and insurance and waved the guy off.  Floating god-like above your fans not such a bright idea after all, eh?

Alec Baldwin and Hilaria Baldwin welcomed their third child into the world. The happy parents shared a photo of their newborn son on Instagram and we are sure Alec must be over the moon to think that he will be about 80 years old when he sees this little bundle of joy graduate college. Yay! 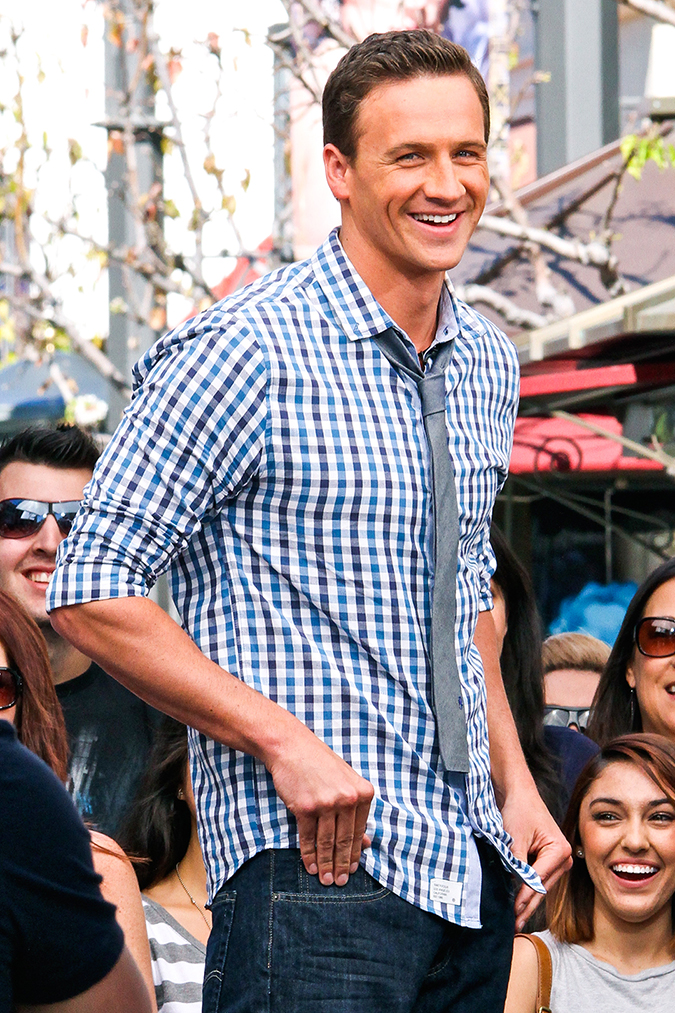