The announced closing of the last Tad’s Steak House in Manhattan slams shut the door for good on my New York childhood. Tad’s, with its faux lumpenproletariat rococo décor, was a gastronomical rest stop for the weary, a pleasure palace for the poor.

My family, we had nothing.

We were supposed to reside in the Bronx, and my father was supposed to be an employee of the United States Post Office, working on the same loading dock in back of GPO on 33rd Street and 8th Avenue where his own father had worked for a time and dropped dead of a heart attack.

But my father had a taste for gambling. No, more than a taste. His father had lost a lucrative laundry business to the mob for unpaid gambling debts, was reduced to driving a laundry wagon on Boston Road in the Bronx, my twelve-year-old father seated alongside.

So, it was in my father’s blood to be chronically laying bets on lost fights, bad racing tips, and to imagine himself a top flight card player during all-night pinnacle games for high stakes in the locker room of GPO, and like his father lose so badly that he had to borrow from loan sharks who, when he couldn’t repay, sent two man teams of leg-breakers to lean on him.

When they came, we skipped out. At first we just changed slums. But then, they’d wait for him outside GPO to get out of his night shift, threaten his life and that day he’d quit, and we’d leave town.

We’d live on Greyhound buses and in flophouses. But sometimes he placed our last bucks on some horse, or suckered a card game or maybe shot pool or craps, won big, and we’d hoof back to New York City in style and shack up in one of those looming, ominous-looking low-life hotels, all soot-blackened brown brick and red neon, that once populated Times Square, the kind that Joe Buck boards in on landing in New York City, with its coin-pay antennaless T.V., sclerotic walls and cockroaches.

And on our first night back, always, we headed over to Tad’s Steak House on 42nd Street. Back then, you grabbed a tray, stood in line cafeteria-style, and told the griddle-man, in your most imperious voice, how you wanted your steak done, rare, medium or charred. He threw it on and you stood there, watching it sizzle. When done, he slapped it on a long oval plate and slid it down the line to the next guy, who tossed on a baked potato, split it wide open and ladeled, melted butter into the steaming crack. You stood there with a watering mouth, eyes ovaled with wonder. Then it went to the next guy, who tossed on some dressed salad and topped your plate with a hunk of warm garlic bread.

I don’t recall how much this ran. It wasn’t cheap but it wasn’t much. It was enough for folks like us, from the wrong side of the tracks, to feel, at least for a night, that Lady Luck, finally, was on our side, that we were heading to somewhere midway between the wrong side and the right side. The food was so delicious, you licked your plate.

And as we strolled down Times Square, under the marquees of the grindhouses and shooting galleries, where hookers in hot pants and hustlers with unbuttoned shirts hung under the blazing lights, beckoning, and groups of sailors in their Navy Whites rolled down the street, and a midget in a tux and with shoe-polished hair beat on a snare drum, and gawking Midwestern tourists strolled in a nervous pack, the taste of Tad’s was still in your mouth, the steak warm in your belly, and for a brief time, you were on top of the world. 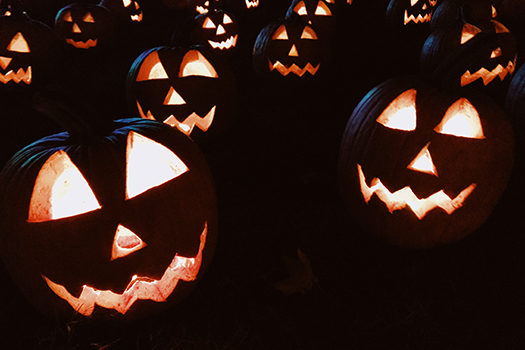 This Day in History – October 29 – Hijinx, Humor, and Insight

On Our Bookshelves:
The Cat Who Went to Heaven