Sometimes haunting, often bouncy, frequently inspiring, the electronic sounds of SVPER got us hooked the moment we heard them.

We found out about the Spain-based duo last week (yup, we came late to the party) and wanted to learn more about them. 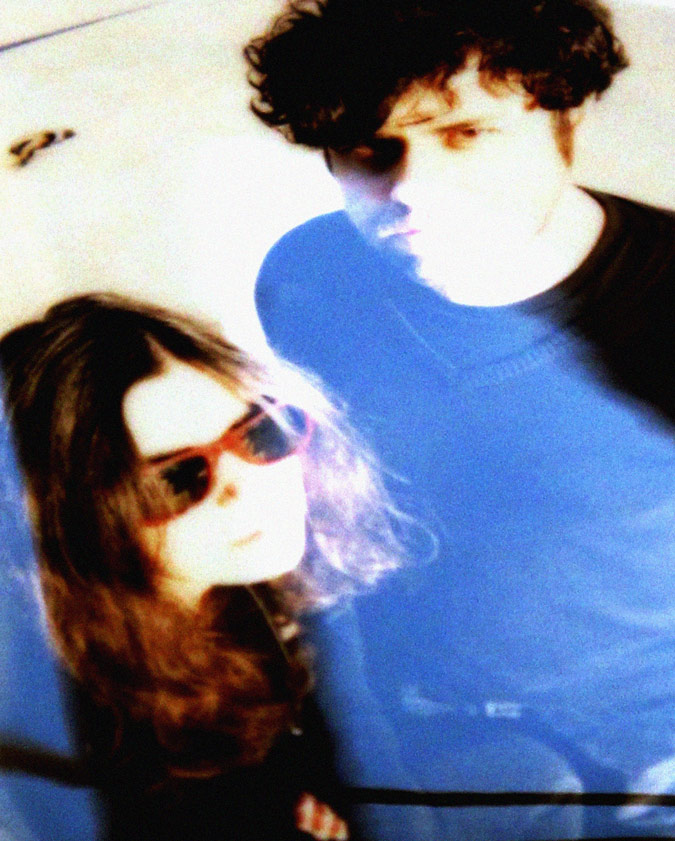 2. Where are you both from?

Luciana is from Argentina and Sergio is from Asturias, from the north of Spain. We both live in Barcelona, since 2001.

3. When and where was the band formed? Why did you change your name from PEGASVS?

Although we’ve played in some other bands together before, we started Pegasvs in 2010, while we were on holidays in Asturias, surrounded by green mountains and the Cantabrian Sea. In 2013 we had to change our name because there was a Spanish brand name Pegasus (with U, not V) which was about to take legal actions against us if we didn’t change our name. So we changed it, but we’re still the same.

4. Can you tell us a little about your equipment and its set-up? Do you always play with all of your equipment like in the video “La Final de la Noche” or do you only use it when you record your songs or videos?

We usually use the same setup, same synthesizers — korg ms20 and korg micropreset — sampler, echoes… but we don’t take the tape with us because we use the sampler to change the songs structures live and improvise a bit, and that wouldn’t be possible if we carried the tape.

5. Who are your influences? And who have you been compared to?

We really like pop and electronic music. United States of America, Silver Apples, Psychic TV, Julian Cope… and krautrock like Kraftwerk, Neu! or La Dusseldorf. We’ve been compared to OMD and Broadcast, and that’s ok!

6. What direction are you taking your music?

We are working on our 2nd album and we’d like to keep doing songs which inspire freedom and speed. We keep on experimenting with samplers and tapes in our home studio.

7. Do you have another album planned? When it will it be released?

Yes, our next album is supposed to be released next year.

8. Are you signed? Where can people/fans see you next?

We are in our spanish label, called CANADA, and our record has also been released in Mexico with Terricolas Imbeciles. Next week we’re going to play in Argentina and Chile, it’s our first time there and the Buenos Aires show is really special because that’s where Luciana is from.

9. What are some new Spanish and Argentine bands people should be listening to?

We love a Spanish band from the 80s called Derribos Arias. We’re a bit disconnected from Argentinian music, but from Spain you can take a look at Hidrogenesse, Diploide and Joe Crepusculo.

10. Where are the top places in Spain and Argentina for people to see live music or dance?

Hope we can go to the US soon!