In NewsWhistle’s weekly question-and-answer series, Clara Morgan speaks with some of her favorite influencers and finds out more about their lives and careers. This week, Clara speaks with Executive Chef Franck Deletrain.

The Parisian-born, Italian-raised Chef Franck Deletrain has extensive experience working in Manhattan restaurants, including the Four Seasons, the Sea Grill, Tropica, Café Centro, and Aretsky’s Patroon, where he earned three stars from The New York Times. He is noted for his sophisticated French cuisine and has crafted the current light and refined menu at upscale French bistro Brasserie 8 ½ in New York City, where he works as Executive Chef.

Franck Deletrain grew up not in his native France, but in the Italian Dolomites in the town of St. Antonio, Veneto. He graduated at the top of his class at Italy’s premier culinary institution Scuola Alberghiera di Recoaro Terme in Vicenza in 1981, and soon worked in hotel kitchens in Siena, Bologna, and Padova. Those years gave the young chef the opportunity to hone his talents. In Northern Italy, Deletrain mastered the art of working with game, wild herb,s and indigenous delicacies like wild mushrooms and nuts. However, the tourist-driven and worldly hotel kitchens of coastal Italy opened his eyes to the Mediterranean’s abundant seafood.

Upon arriving in the United States, Deletrain worked for five years at the famed Sea Grill in New York’s Rockefeller Center, following which he was offered a position at the legendary Four Seasons, creating dishes that both heralded his Northern Italian roots and the traditions of cooking with impeccable meats and wild game. His last two years at the Four Seasons as Chef de Cuisine caught the attention of those in the New York restaurant industry. Two months later, Deletrain became the executive chef at Aretsky’s Patroon, where he received a three-star review from the New York Times.

In early 1998, Deletrain left Aretsky’s Patroon to take the helm at Tropica. In a matter of weeks, Deletrain’s menu hailed the vibrant flavors of Asian influences and Indian spices matched by brilliant technique and elegant presentation, unveiling a new creative force on the seafood scene. Since 2013, Deletrain serves as the Executive Chef for Brasserie 8 ½, a beloved restaurant reminiscent of a Parisian brasserie in 1930s New York, where he offers a stunning array of textures and flavors on his expertly crafted menu, which shows a light and refined take on classic French dishes.

Franck resides on Long Island with his two daughters and wife, whom he met early on in his career in Italy. 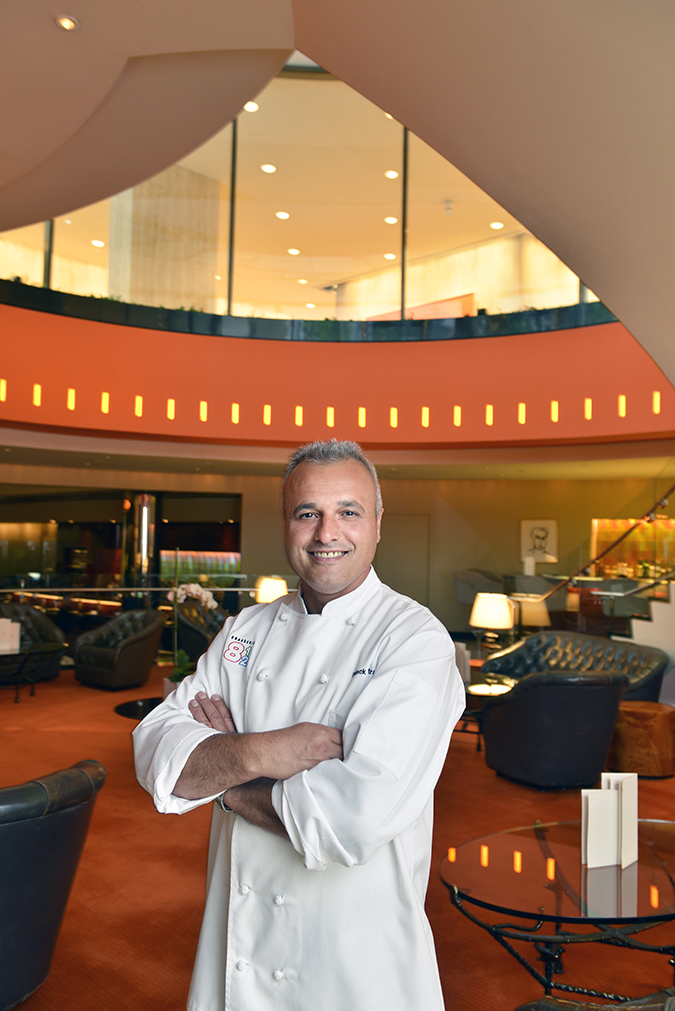 When I was 14 and decided to pursue culinary school in Italy. The passion to work in the kitchen and work with my hands came from my grandparents. It is a passion I hope to pass on to my daughters as we often cook together and have dinner with friends in our house.

I am very passionate about soccer, so when I met Franz Beckenbauer (former German superstar player of the 70s and early 80s) while working at the Four Seasons in New York, that was a definite highlight.

Another time, I had the privilege to meet Sir Elton John. This was at a function where he was promoting his work with Bernie Taupin – they were launching their new CD, Two Rooms.

I also met famous chef Paul Bocuse in 1986 while working at the Sea Grill during the City Meals on Wheels Benefit, which is an annual event I am still involved with year after year.

I have also cooked with Dr. Ruth on NBC; it was my first TV appearance and I was very nervous as she kept telling me all about her profession while we were cooking!

I am usually commuting three or more hours a day. I get to work around 9:30 to10:00 am and start off checking the lines, work on a special of the day, make sure that all the cooks have all they need for the day, check sales and costs. Then a daily brief meeting with my sous chefs, going over the previous day and today. The afternoon is spent doing paperwork and planning, and then when dinner service takes off, I’m busy cooking until around 9.30-10pm.

On my days off, I try to play tennis or soccer for an hour or so, then the rest of the day is spent with family and cooking dinner. We usually have friends over for dinner every weekend.

I believe that the last 10-15 years have meant a lot more experimentation in the culinary field, as well as a lot more fusion cuisine. Chefs dare more than 15 years ago, and in a city like New York, they often have to do this in order to stand out.

On the other hand, there is a clear trend towards home-style cooking and comfort food. At Brasserie 8 ½ we try to focus on both. We stay true to our authentic Parisian dishes, such as the French onion soup, complemented by modern options such as the yellowfin tuna tartare. 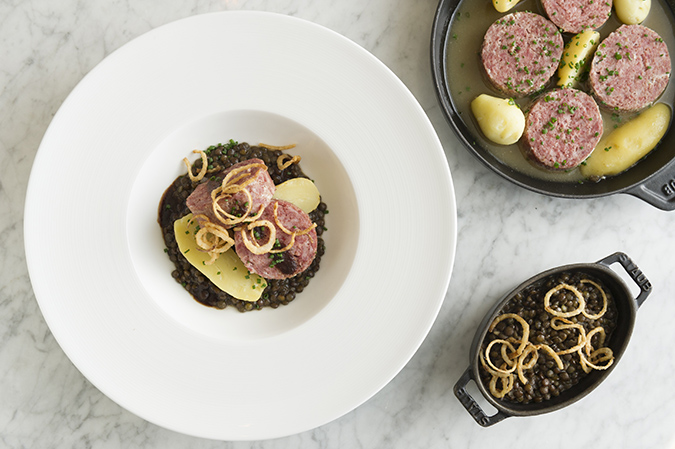 5. What are your three favorite restaurants in New York?

6. What are your three favorite bars in New York?

Central Park, because it is a beautiful oasis in the middle of the bustling city.

The High Line, because it is a beautiful walk atop the historic New York Central Railroad.

Top of The Rock, because of the ambience and stunning views.

The Formula One race in Montreal

The best AND worst moment was when I got let go from Aretsky’s Patroon restaurant. Although it was disappointing to be let go, it opened the doors to what I am doing now at Brasserie 8 ½, which I love. So it turned out to be also the best moment.

10. Tell us something that people do not know about you. (And you cannot say it is a secret!)

I am actually very shy and reserved, the only place where I feel fully comfortable and able to express myself is in the kitchen and when I teach a cooking class. And I love to drive fast!

Honest cooking, and to offer diners great value on a plate without compromising the quality of the food. I believe I have a generous cooking style and always want to serve the best ingredients just like I would serve my family at home. 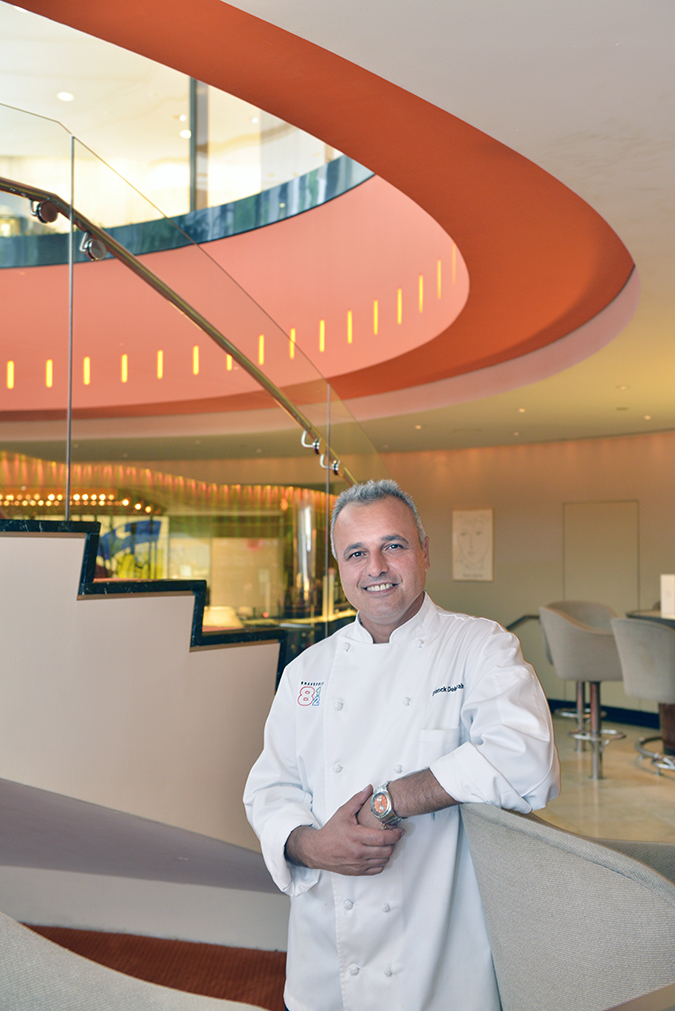 12. Who is your culinary icon? Where do you find your inspiration?

Daniel Boulud, because of the way he thinks and creates his menus. He has a certain way of finding just the right flavors, which work in perfect harmony to create stunning dishes.

13. Who is your favorite fashion designer, artist or architect – and why?

Architect Philip Johnson, because the way he shaped the architecture of the Four Seasons Restaurant was ahead of its time and remained stylish for many years to come.

14. Name your favorite… and tell us why:

Soccer jersey and sweat pants for a casual day.

A nice fitted suit and Italian shoes when I dress up.

Any James Bond movie because they never get old.

Seinfeld or any soccer game on TV.

The Old Man and the Sea. A true classic.

Daniel restaurant. Because of the great food and excellent service without being intrusive. My favorite would be any of their duck dishes, which hit all the right notes.

16. Name your favorite vacation spot and hotel? What makes these places so special?

18. What song, meditation or mantra can you listen to on repeat? And why?

“Pressure” by Billy Joel, because it is such a motivating song. 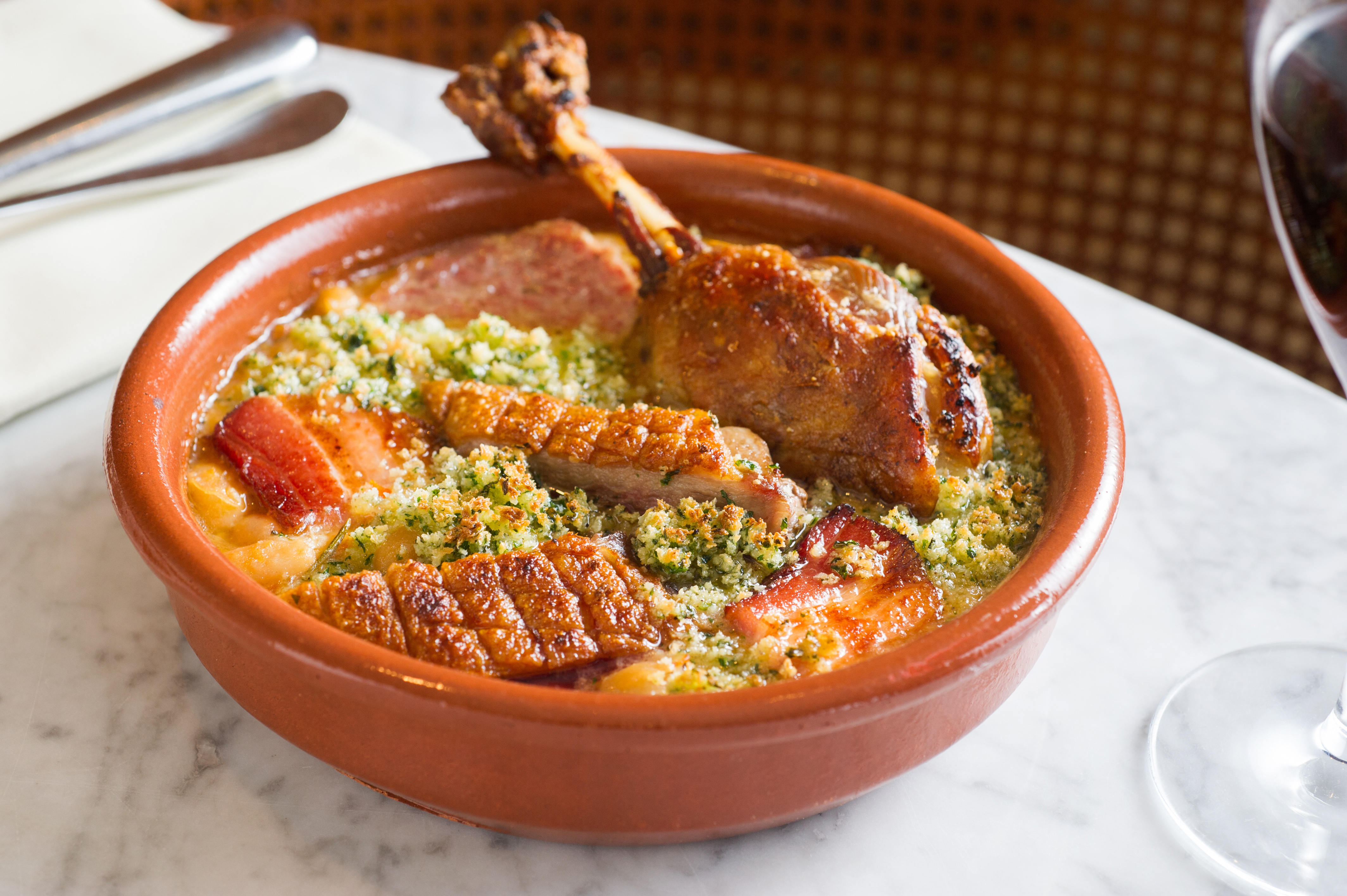 19. If you could meet anyone in the world, who would you like to meet? And why?

Ayrton Senna, the greatest Formula One driver ever, and a very thoughtful and charismatic person.

I am a French citizen but my roots are Italian, my passion for cooking came from my Italian grandparents, they always cooked Italian at home. I never worked in France, so all my cooking experience is from working in Italy. One day I would like to have the opportunity to cook a traditional menu for some sort of event, special dinner, or Italian celebration of sorts, which reflects my roots.