The master of horror, Stephen King, has had a nightmare relationship with Hollywood over his long career, with only a handful of his masterful stories able to translate into box office bounties.

No one can deny the sublime visions that were “Stand By Me,” “The Shawshank Redemption,” and even “The Shining,” although King has stated he has always been at odds with Kubrick’s vision.

Over the course of the next month, two of the master of macabre’s most prominent works will slip onto the silver screen, starting this weekend with what some consider his Magnum Opus, “The Dark Tower,” and later, in early September, with Warner’s “It.”

Sony spent around $75M adapting King’s seven-book “Dark Tower” series, although the project has been toiling away for decades with everyone from Ron Howard to J.J. Abrams attempting to crack the code of King’s tale without shattering the spine of the story.

Reshoots, re-edits, and whisperings of revolt (mostly from preview audiences) have cluttered the trail of “The Dark Tower,”–something that could haunt its box office prospects, even though two commanding leads, Idris Elba and Matthew McConaughey, stand front and center.

What should frighten fans is the fact that this sprawling yarn has somehow been pared down to a sparse 88 minutes and slapped with a very uncharacteristic PG-13 rating. That’s not a whole lot of time for exposition given the nature of this beast, nor does it ring true with the content of the books.

Which leads one to the question: why not HBO? Netflix? Showtime? Hulu?

There are any number of outlets for this story to exist without cutting off the tail that wags the dog.  And even though King has publicly said he is happy with the cut, can you blame him after sitting through so many sub-par adaptations of his work?

I’m sure it’s watchable, but what it needed to be, what it deserved to be, was exceptional. It’s called story justice, something that more often than not has evaded King’s work.

Let’s hope HBO, or somebody with deep pockets and savvy minds gets ahold of “The Stand”—the complete and uncut version—and adapts it with truth, justice, and realism that it deserves. Which might require two or three seasons.

“The Dark Tower” may actually fall, but still wind up on top as it only has to clear $15M to climb to #1 this weekend—a hollow victory if there ever was one. And considering it’s being lambasted by critics right now—in full-on collapse mode at 15% on Rotten Tomatoes—people on the fence certainly aren’t going to be rushing out.

Also opening this weekend—if you can call it that—is Halle Berry’s oft-delayed thriller “Kidnap.” As you recall, this film was part of Relativity’s disaster dump—in which their remaining titles, after their very public bankruptcy, fell into various hands, all of them tainted with unoriginality and derivation not seen since the “Police Academy” sequels (god bless Guttenberg).

A company called Aviron is making their inaugural release with “Kidnap” in 2,200+ theaters this weekend, and Berry, in what must be because of a lucrative per diem paycheck, has actually been doing publicity.  Can’t imagine people even know this film is being released—will be lucky to nab $6M.

Expanding wide is Kathryn Bigelow’s “Detroit,” which began its march in limited release last weekend and netted $350k in 20 theaters–$17,510 per. That’s an okay number, but certainly not up to the levels of her last two pics, “Zero Dark Thirty” and “The Hurt Locker,” which opened in exclusive release to much higher numbers.

The reviews are there, which will help its long-term playability, but I’m not sold on the fact that Annapurna—which is releasing a film for the first time under their own banner—is ready for an ambitious release like this.

Plus, while the period piece definitely has its merits, it feels like it’s treading on territory between race relations that audiences have seen all too often of late and may be a bit played out on. Plus, it’s a tough watch, which can be overlooked at a time when ticket buyers are looking more towards summer escapism.

In 2,800+ theaters, expect “Detroit” to round up around $10M, maybe a shade less. After that, awards chatter will have to keep it afloat, but even that didn’t help “The Hurt Locker,” which went on to win top honors at the Oscars, and still ended up as the lowest grossing Best Picture winner of the modern age.

Darren Aronofsky isn’t for everyone, but luckily Javier Bardem and Jennifer Lawrence are. This is just a taste of the weirdness that looks to be “mother!”–an arthouse horror flick if there ever was one.

Stephen King has given his blessing to Sony’s “The Dark Tower.” However, that might not mean much considering his taste in schlock. Watch here as he pimps out his own flick. King is the director and pimp here, as makes he makes his film debut as a helmer. And while not a classic by any means, it is a helluva lot of fun. 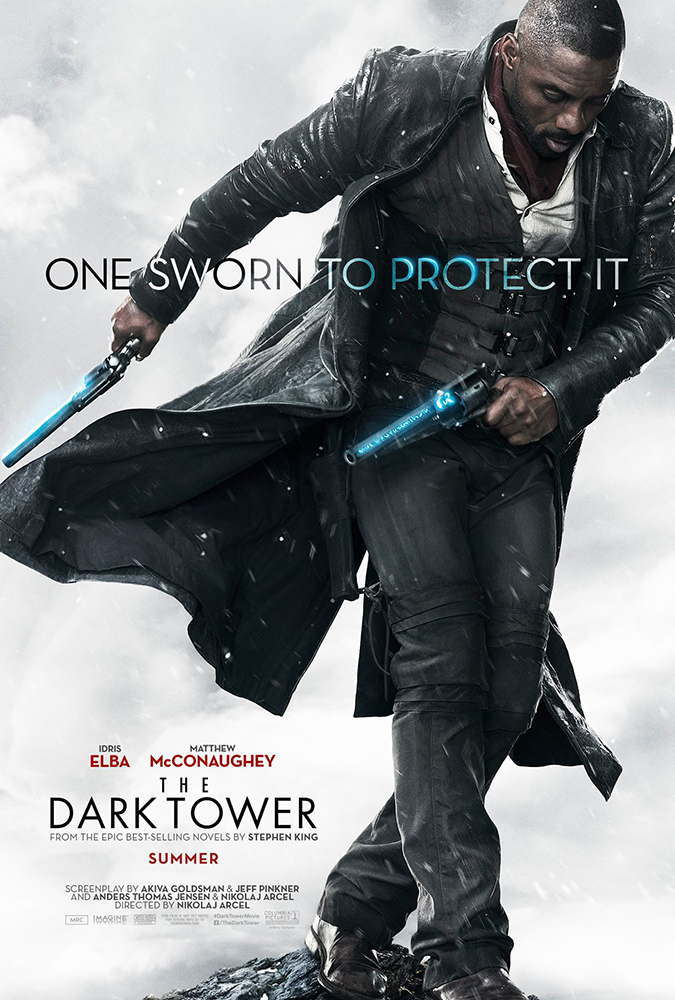