Here’s a recipe for a Whole Truffle Roasted Chicken for Two from Executive Chef Nicolas Frezal of Bagatelle in NYC. Just reading it makes us hungry!

Brine the chicken for a maximum of 9 hours. When chicken is brined, place the truffle butter under the skin (4 pieces for the breast, 1 piece for each legs) After, restrain it with a very tight string. Roast it in the oven at 360 degrees Fahrenheit for 45 minutes turning the chicken every 15 minutes. Thinly dice potatoes and blanch them at 320 degrees Fahrenheit. Pre-cook the mushrooms and onions on the stove using a large, hot pan with oil, thyme, parsley, salt and pepper placing them in the pan little by little. Pre-saute, garnish and fry the potatoes making sure the potatoes are crispy. When serving, warm up the chicken in the oven and saute everything together: onions, mushrooms and potatoes, adding some chicken jus and truffle oil on top. 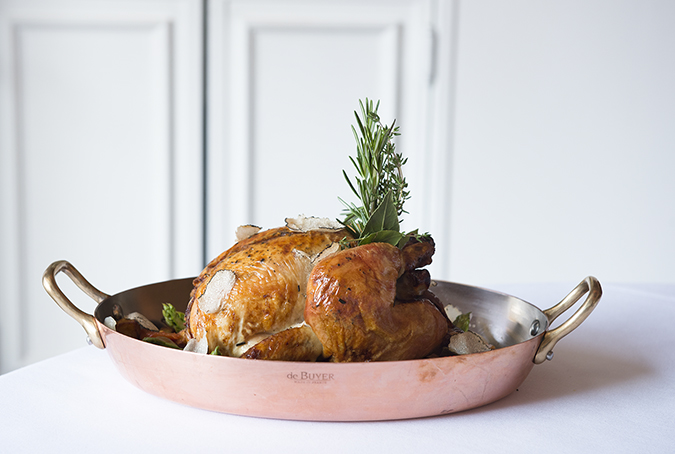 “In June 2012 renowned restaurant Bagatelle NY opened its doors at the flagship in New York City. Located in the former Collective space at One Little West 12th Street in the Meatpacking District, the esteemed restaurant destination was designed to reinvigorate the neighborhood and bring the European flare back to the Meatpacking District. Bagatelle owners Aymeric Clemente and Remi Laba of Brand Essence, and Jonathan Segal and Celeste Fierro of the One Group joined forces to bring Bagatelle back to its East Coast roots for the much-anticipated re-opening.”

Nicolas R. Frezal was born in the South of France of French and Spanish roots, raised in Montpellier. With its own Arc-de-Triomphe; the city is filled with history, culture, bistros, family-run restaurants and beautiful beaches nestled on the Mediterranean Sea.

Nicolas started his formal culinary training at the age of 14 and earned his culinary degree in 1998 and in 2004 Nicolas won first place in a cooking competition and received the Escoffier award.

He began his career working for 4 years at Le Castel Ronceray in Montpellier under Chef Patrick Guiltat who saw Nicolas’ potential and made a phone call to a good friend. Soon after Nicolas was on his way to Paris to work at the 21 year old, 3 Michelin star restaurant Le Taillevent under Chef Alain Solivérès.

Nicolas continued his career in Paris working along side under some of the world’s most highly regarded chefs. For 4 years he worked at Michelin star Hotel Restaurant Le Meurice under Chef Yannik Alléno and occasionally worked as an extra at Restaurant L’ami Jean under Stephane Jego, a pioneer of the French Bistronomie cuisine.

In 2009, his friend Ricardo Bertolino, the Executive Chef at Maison Boulud in Montreal, Canada had convinced Nicolas to move to New York City and helped him secure a position at one of the most highly recognized establishments, Daniel Boulud’s restaurant Daniel in the Upper East Side working under Executive Chef Jean-François Bruel.

Remaining in New York City with his family, Nicolas went on to work as Sous Chef at Jean-George’s The Mark and in 2014 he joined Bagatelle New York as the Sous Chef and in 2016 was promoted to Executive Chef. 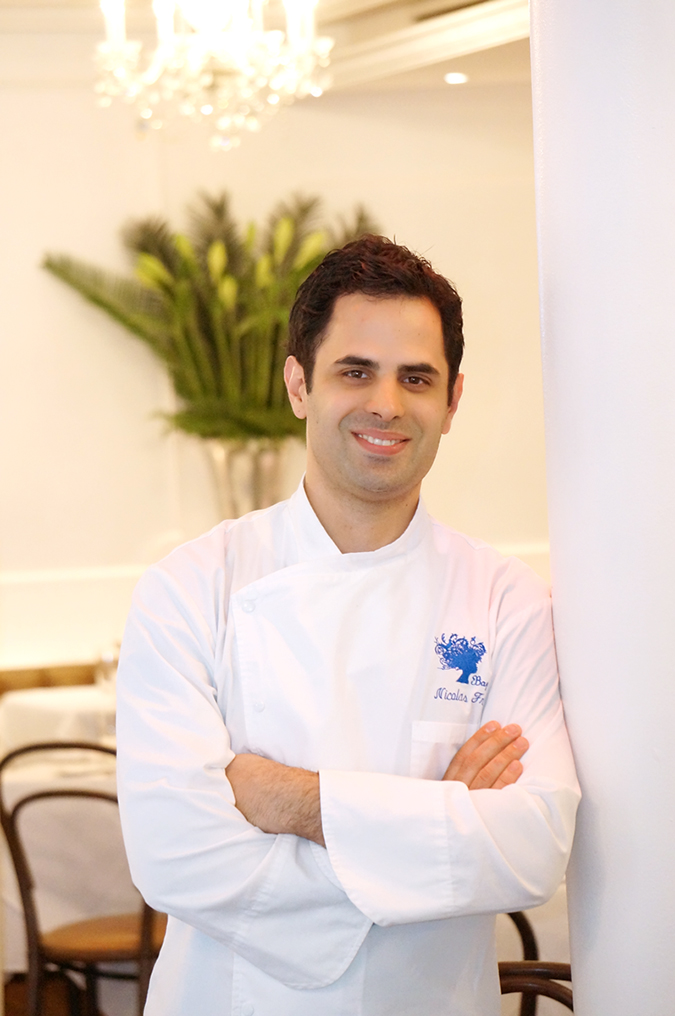