I’ve often thought that we are all here because of a series of improbable events. Strange things happen every day. There are over seven billion of us on the planet, after all, and according to the mathematicians Persi Diaconis and Frederick Mosteller, “with a large enough sample, any outrageous thing is likely to happen.” That all being said, Misty Copeland has led a life that seems markedly more improbable than most.

She was from a poor family, living in a motel with her siblings and her mom, back in 1996. Her middle school drill team coach encouraged her to take some ballet classes at the local Boys and Girls club; her innate talent was quickly recognized and she began studying ballet seriously at age 13, going en pointe after only three months. (Most young women who study ballet begin much earlier, and only get up on their toes after years of work.) A prodigy, she was soon able to master steps, before even knowing their names.

Fortunately, she found supportive mentors who were able to help her develop her talent and provide her with dance opportunities and financial assistance. Unfortunately, she continued to face a very challenging home life, and friction between her ballet mentors and her mother eventually led to a custody battle. Despite this, she became a professional dancer at American Ballet Theatre, one of the preeminent classical ballet companies in the United States. She had troubles there, too, difficultly fitting in as the only black woman in the company, developing an eating disorder, and suffering injuries. But she again found friends and mentors, rose through the ranks, and achieved critical success and fame. She is now a principal dancer, the first African-American woman to have been promoted to that position in ABT’s 75-year history.

Her story is amazing, as is her dancing. But she’s interested in not only achieving success as a ballet dancer but in changing ballet—making the art form more inclusive, and more welcoming to minorities. And she is doing all she can to bring her dancing to a larger and more diverse audience; she’s performed on Broadway, and with Prince, in a Disney film (The Nutcracker and the Four Realms), and has made numerous television appearances.

My twelve-year-old daughter and I were extremely fortunate in being able to see her at a recent TimesTalk, where she and Monica Drake, an assistant managing editor for the New York Times, discussed a selection of dance photographs from the New York Times archive. It was absolutely lovely. Yes, the photographs they had selected were stunning, and Ms. Copeland’s insight and observations, as a dancer with an excellent eye, were fascinating. But more than that, we were impressed by her warmth and her engagement with the audience. The conversation was wide-ranging, starting with the photos but ending up with various personal anecdotes, memories from her rather extraordinary life, warm appreciation to the dancers she has learned from, and afterwards, kind, thoughtful, and extremely gracious answers to the questions from the audience.

I’d borrowed and read my daughter’s copy of the young reader’s edition of her memoir, Life in Motion: an Unlikely Ballerina, which she wrote with Brandy Colbert, and which I recommend to anyone curious about her journey. As I said, it’s an amazing story. She dedicated the book “[t]o all ballerinas and dancers of the world. Our art is vital. Let’s keep it alive, growing, and expanding!” and that dedication seems absolutely representative of her passion and her generosity. 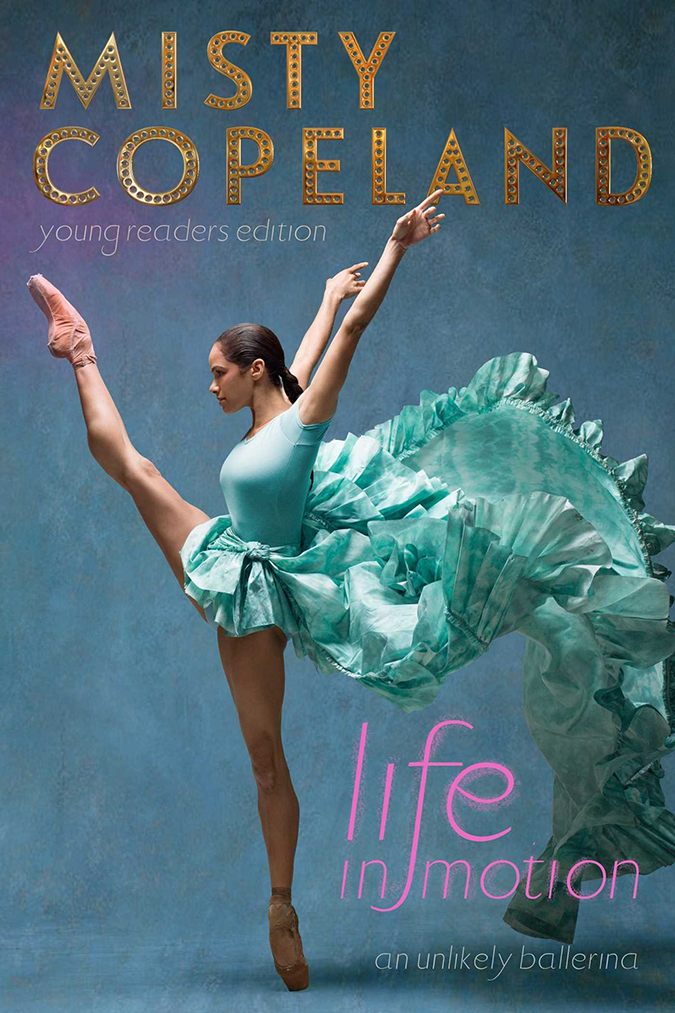 It’s clear that she loves the world of classical ballet, and is grateful for her extraordinary success, but she also has criticisms: ballet is not very open to dancers from low-income backgrounds or to ethnic minorities. (One example she discussed, when looking at a photograph of young public school students from 1987 at a ballet class, was how uncomfortable the young dancers looked: the ubiquitous pink tights don’t match their skin color–which she said is a subconscious signal to brown people that they don’t belong.) She wants to give every child the opportunity to enjoy the art form, as a dance student if they have the skills and determination, and also as an audience member. After all, she’s creating something beautiful and it’s something for everyone. 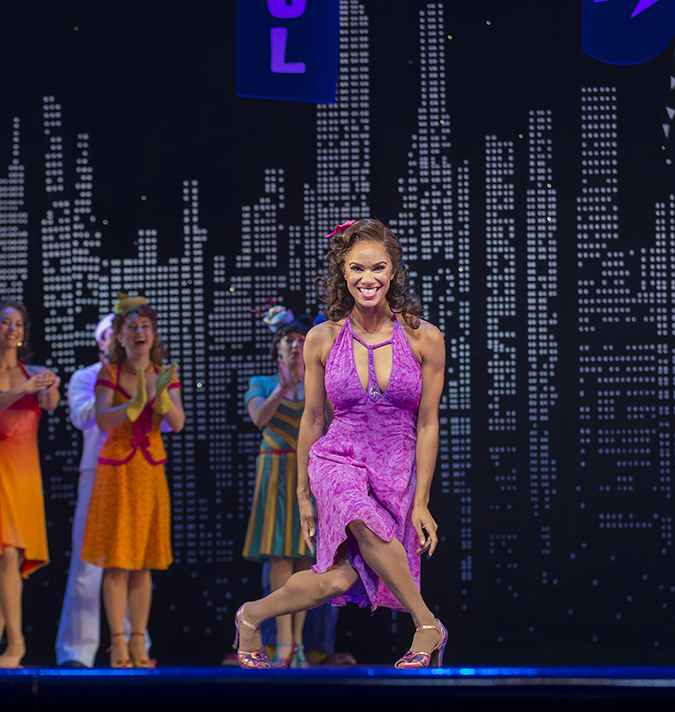 On our Bookshelves – Snow

On Our Bookshelves – Magpie Murders