BOOK: You Learn by Living: Eleven Keys for a More Fulfilling Life

You can read this book two different ways. It is a straightforward, sincere, plainly written book of advice by Eleanor Roosevelt, with very good (if somewhat unoriginal) ideas about living a fuller and better life. If we all followed her rules, the world would undoubtedly be a better place, as she emphasized, in this short volume, the importance of hard work, personal responsibility, service, emotional maturity, respect for others, courage, and curiosity, all of which are, sadly, in shorter supply than we need.

At the same time, it’s also a rather fascinating look back. Written in 1960, and in some ways extremely progressive, You Learn by Living reflects the author’s strong humanitarian beliefs and her long career as the First Lady of the United States, as the Chair, and then the United States Representative, of the United Nations Commission on Human Rights, and as the Chair of the Presidential Commission on the Status of Women. It’s full of personal anecdotes used as examples for good and bad behavior, but the stories are typically about a small child she’d met in the White House, or a discussion she’d had with Nikita Khrushchev, and so they are often bit of a jarring contrast to all of the homely and modest instructions regarding how to be a useful member of society. Roosevelt comes across, at the end of her impressive, busy, productive, and public life, as extremely modest, referring to herself as an ordinary person. It’s not clear to me whether she really was that unassuming, or whether it’s what was simply expected of women, even women with very high profiles, when the book was written, but it’s rather striking to encounter that attitude as a 21st century reader. It’s not Lean In. You Learn by Living was published three years before Betty Friedan’s The Feminine Mystique sparked second wave feminism, and Eleanor Roosevelt believed quite strongly that women and men were inherently very different, with very different needs.

All that being said, at age 76, Eleanor Roosevelt had seen a lot, traveled all over the world, lived in the White House through the Great Depression and World War II, experienced tragic losses, acted as an early supporter of the civil rights movement, done most of the heavy lifting on the Universal Declaration of Human Rights, and, according to the Gallup poll, was the living woman most admired by the American public. Clearly, she did a lot of things right. It’s worth at least considering her advice, I’d say. (Plus, you just might help make your life, and the world, better.) 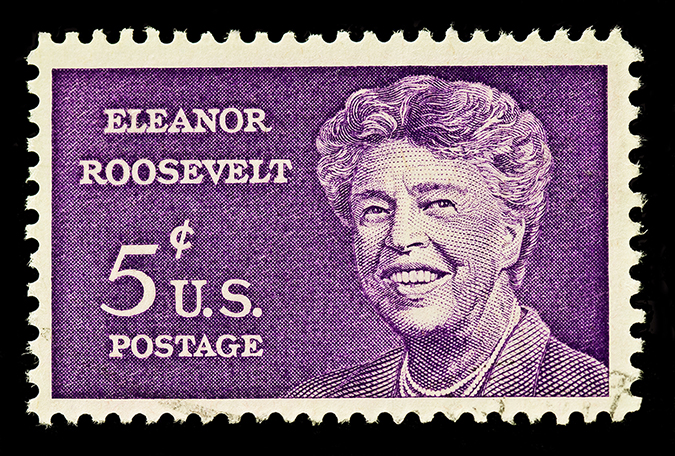