Flavor Waster is an enigma. Their website doesn’t offer much additional information beyond the noise that comes out of your speakers once you hit play. And that noise. It is a thick slurry that is sometimes difficult to separate into its components. I recommend listening to It’s Always Sunny When You’re Cool through a good pair of headphones.

Sussing out what Flavor Waster sounds like is a tall order. If you got Faith No More, Primus, Big Data in a recording studio together, and had them fight over the equipment, you might start to get to Flavor Waster’s sound.

The vocals, though, are another piece of the pie. They are like cheddar cheese on apple pie. It shouldn’t work, but it does. I liken Flavor Waster’s vocals to those of My Bloody Valentine in that they are angelic, breathy, and sort of float over the top of the musical aggression. What is being said is less important than what they add to the overall soundscape.

It’s all about texture with these cats. Jodi Jones’ vocals lilting above the racket being unleashed by Martin MacAlister on drums/programming, Patrick Taylor synths/piano/programming, and Kevin Hilliard on guitars/synths/programming/percussion.

It’s Always Sunny When You Are Cool opens with the stuttering synths of “The Comments.” You have entered the bar, and immediately the sound smashes the hipster glasses off of your face. You weren’t ready for this. “The Comments” goes full thrash from about 1:43 – 2:30, switches back to how it started, and ends like a boss.

“Delta” isn’t quite as dense. It is largely a jagged guitar, jumping all over, stabbing at an insistent beat. Textural keyboards come in about halfway through, but the vocals are slightly easier to make out.

“Tear out the page, start a new verse for no one. Call it a day. Tomorrow’s just fine to crawl back, crawl back and face it down.”

I can’t guarantee that translation is 100% on, but such is life with a band like Flavor Waster.

“Metal Fossils” doesn’t need more cowbell. It has this funky little opening with synths bringing up the low end with a lot of what can only be called “lead cowbell.” I’m not prepared to call it a sample, but at the 1:08 mark, and later in the song, you might pick out a sound that exists in “Ted, Just Admit it” by Jane’s Addiction.

Upon further reflection, the opening of “Metal Fossils” is somewhat reminiscent of the opening of “Ted, Just Admit It,” too. Intentional? Spiritus Mundi working overtime? Flavor Waster, just admit it.

“Brunswick” is a nice breather. The whole track reminds me of a clock; moving forward with determination, but not anger, not aggression…

… Don’t worry, though. “Brunswick” fades into the album’s title track, and “It’s Always Sunny When You’re Cool” immediately kneecaps you with a return to the whiplash rhythm and murderous guitar runs.

“Blackest Prius” is Flavor Waster’s Trojan horse. It is very, very poppy. Modern pop for now people. You could easily reel someone in with this track, but s/he might not be ready for the rest of It’s Always Sunny When You’re Cool. It’s not a bait and switch. The pop is part of the Flavor Waster mix. It is just so much more overt on “Blackest Prius.” 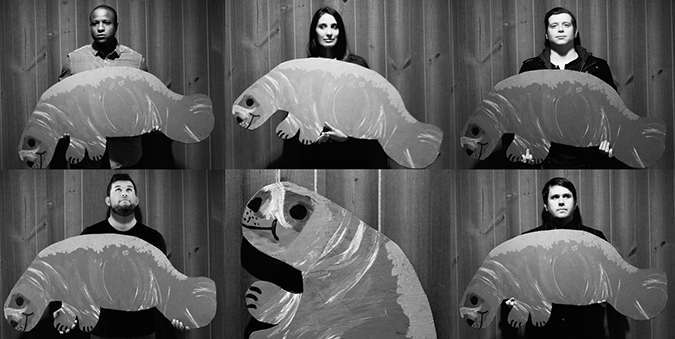 “Ashes” wouldn’t sound out of place on Faith No More’s Angel Dust. There is a restrained menace to the whole song.

I love how immediately after that line, Flavor Waster promptly give the listener about 20 seconds of breathing room before shoving you back into the noir.

At this point, I would like to pause, and simply type the title of the next track.

“The Perils of Revolutionary Piety”

Yes. That is a song title, folks. It is attention grabbing, thought-provoking, and not a little bit Bad Religion-esque. In fact, the opening buzz saw of “The Perils of Revolutionary Piety” sounds a little like the opening BR’s song “You’ve Got A Chance.” It feels like something is going to blow, but it doesn’t, or at least not in the way you were expecting.

Flavor Waster – confounding expectations since November of this year.

“Can’t Go Back” is a track that Big Data forgot to put on their album from earlier this year. If you think this is a criticism, you do not understand Flavor Waster, Big Data, or me, for that matter.

“Where We’ve Never Been, We’ll Never Go” is barely there. Piano, a shuffling beat, and vocals like an out of body experience.

Finally, we have “Private Language.” The album goes back its bread and butter: synth low end, guitar spasms, and vocals that you strain to make out, just out of reach. It goes double time about the 2:40 mark, and it is oh so tasty when it does.

I think that maybe Flavor Waster’s private language is less about words, and more about emotion, tension ebbing and flowing through your brain. It’s Always Sunny When You’re Cool rewards repeated listening, and headphones help you peel back the layers.

You can purchase the album on their Bandcamp page, iTunes, Google Play, Amazon, and… elsewhere? At the merch table at shows? Hard to say. Their website doesn’t list any upcoming shows, but I would keep checking.

Flavor Waster is mysterious. Try to get to the bottom of it with It’s Always Sunny When You’re Cool.