SHARK SANDWICH – Speedy Album Reviews for Those on the Go

High On Stress – Hold Me In

Minneapolis rootsy, rocky, alt-y something band, High On Stress, is back with Hold Me In, their first studio record since 2016. Each of this band’s albums is a testament to perseverance and dedication no matter what. Their sound has always been a love letter to Minneapolis and Midwestern meat and potatoes noise, but Hold Me In is the rockiest album in their catalog (a very good thing). Sure, twang is present, and a soft center of yearning balladry, but by and large there is a musical snarl throughout that feels so right. We’re all stuck inside anyway, so you could do a lot worse than bouncing around the living room to the ragged be-bop of “Work Release” or “Stop Right There.” Authentic rock and roll should always be celebrated, and in these days supported, so why not familiarize yourself with High On Stress when we both need each other more than ever?

Has Fiona Apple always sounded like PJ Harvey recorded Revolver in the wrong decade, or is that just the Fetch the Bolt Cutters talking? The latest from Ms. Apple is a thrilling ride called “Musical Freedom” at a soon to be cancelled county fair in the middle of nowhere, and its danger will make you look over your shoulder. It’s jazzy, poppy, harrowing, confessional, confrontational, supremely strange, and what the listener will get out of it depends on what time of day/mood s/he is in at the time. I recommend listening to this stunning album with wine glasses lined up in front of you, pushing them off the table at random times. In the middle of “Heavy Balloon,” just flip the whole damn thing over.

The Pack a.d. – it was fun while it lasted

Appropriately named, this is the Pack a.d.’s last album. Having just heard of this Vancouver B.C. garageblues duo, I can tell you that there is nothing quite like the feel of coming to the party really late, especially when the music is so very tasty. As someone who likes it loud, I was already all-in from the opening notes, but when the guitar lines of “It’s Okay” started punching my brain I was smitten. The gloriously greasy Black Sabbath riff is everything – the cream in my coffee, the sprinkles on my donut, the noise that will bring the cops in the middle of the night – everything. These ladies clearly have had a good time, and while it sucks to come on board so late, we always have their noise to keep us warm forever.

The Jungle Brothers – Keep It Jungle

Pioneering NYC hip-hop/jazz/house trio, The Jungle Brothers, bring it “Live & Direct” on Keep It Jungle. They have been around since the 80s, but they clearly haven’t lost even one step. This is an aggressive, engaging stew of sounds and vocals laid with precision over beats that draw blood. There are couple of tracks that release the tension rather than hold it, and “Where You At?” and “Broken Records” are welcome additions to the whole experience. Experience – good word, that, as it might be the only word necessary to describe this group and album.

You may think you already know Blushh, and maybe you do, but no one should mistake the ringing vocals, confessional lyrics, and churning lo-fi guitar ruckus with a lack imagination. When the nimble barn burner “What Am I Doing With My Life” lays skid marks on your living room rug, you’ll know what I am talking about. There should always be room in your record collection for music like this; familiar, but fresh, Blushh know how to make an impression. I tend to like music that forces you to open the car windows, and I often use this capacity as a barometer for how good an album is (look it up), and R.I.P. Apathy punches that ticket. It’s easy, breezy, loud rock and roll for this pandemic spring, so put it on in your car and go for a ride for no good goddamn reason at all.

Key Track: “You Make Me Hate It All”

All artists are available on iTunes, Amazon, GooglePlay, and wherever else better music is sold, streamed, downloaded, or performed on tour (hopefully soon again). 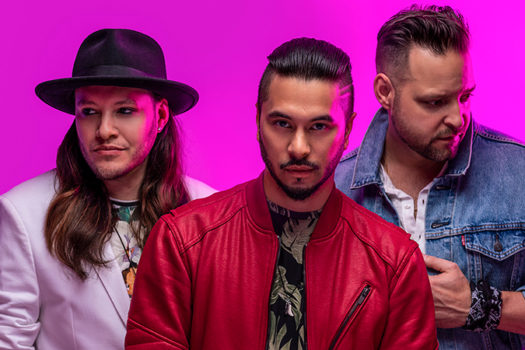