Goddamn, I thought the day for a new L7 album would never come, but come hell or high water, Donita, Jennifer, Suzi, and Dee have returned on Joan Jett’s own Blackheart Records. Simply put, you can’t handle L7, but that doesn’t mean you shouldn’t at least try to ride with them. Perfectly titled, Scatter the Rats is here to shake shit up, and all the sludge, chug, and garage punk attitude is here as though the past 20 years or so never happened. The pure ferociousness of tracks like “Fighting the Crave” and “Garbage Truck” will knock you on your ass, but it’s the perfect hard pop of “Holding Pattern” and the experimentalism of “Upping the Ice” that will surprise. L7 is back, and you should either get on board or just step to the curb.

Spiky, wiry, and never trying to be easy, Drahla has let a remarkable album off the leash with Useless Coordinates. Think of what it would sound like if Mission of Burma lit itself on fire while being serenaded by a Gang of Four fronted by the saxophone guy from Lost Boys. That kind of got away from me, but this album is a tightly wound rock and roll experience best served cold, and at maximum volume. The neighbors will probably call the cops, but that’s the point, isn’t it? Sometimes rock and roll is gonna draw the heat, and if you don’t know this by now perhaps it is time to find yourself a new pastime.

Who doesn’t love a super group? Okay, not all are created equal, but Filthy Friends, boasting Corin Tucker of Sleater-Kinney and REM’s Peter Buck, are one of the good ones, the really good ones. Their second album, Emerald Valley, seethes with bluesy intensity, giving the guitars room to spread out, and the rhythm to pound you senseless and to just let Tucker’s voice fill every square centimeter of wherever you are. There are some quieter moments, but Filthy Friends isn’t here to play nice. They are opting instead to sound like Credence Clearwater Revival on speed, forever and ever amen.

Key Track: “Only Lovers are Broken”

Tacocat – This Mess is a Place

Tacocat, already having one of the better band names, also has a great album title with This Mess is a Place. The band surfs out of the gate with a summery rock and roll sound that dares the listener to turn it down. The carefree, breezy delivery belies the truth of lines like “just remember if you can that power is a hologram” and “the joke is that the joke is already a joke.” The music doesn’t snarl so much as it pops like a well-tuned motor, recalling everything from the Beach Boys to Rick Springfield and the Coathangers. Music exists for a place and time, and Tacocat is meant to be played while leaving work after being dressed down by the boss, trying to decide if you want to get drunk about it, or egg her house.

Bad Religion has been around for so long they are punk’s Rolling Stones. Sometimes we don’t see an institution when we are staring at one, and when Bad Religion continually delivers the goods it is easy to take them for granted, but this band still has something to say and they aren’t about to phone it in. Age of Unreason is focused chaos that recalls their past albums, but is firmly talking about today. The guitars stab, the rhythm tramples over your synapses, and by the time you get to “Faces of Grief,” if you aren’t throwing chairs around the room you are dead inside. It is rare that a song like “Downfall” would be considered a “breather,” but that’s Bad Religion, standard bearers until the bitter end. 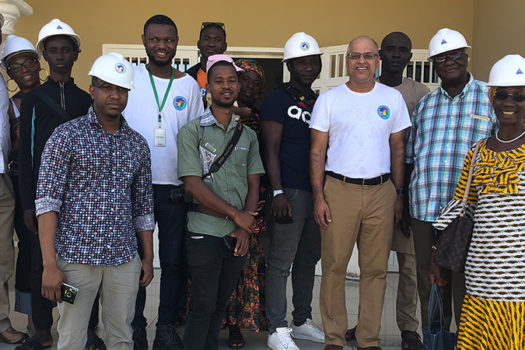