First of all, to New York City’s great credit, they are taking the public health very, very seriously.  I met up with a friend before the show at a casual Korean fried chicken chain; then we went to the theater; after the show we stopped by an East Village dive bar, and then ate dinner at an Ethiopian restaurant. At each of these different establishments, our vaccine cards were checked, and compared to our IDs.

It’s impossible to wear a mask while eating and drinking.  But at the theater, the audience wore their masks dutifully, as did the ushers, who were able to get the crowd in the building efficiently, despite this extra step.  (The performers on stage did not wear masks.)

The show–it was terrific. David Byrne started things off by saying “Thank you for leaving your homes.” It got a laugh.  Then he explained: “I used to say that in the old world and it had a different meaning. But many things have changed.”

Many things have changed, but some things remain timeless.  David Byrne’s voice, for example.

It’s almost as good as it was when he was recording with the Talking Heads in the 1970s, only the slightest bit ragged, occasionally, toward the end of the show. He’s fit and seemingly ageless, performing barefoot in a gray suit.  The rest of the cast does, as well.  They’re all in constant motion with instruments in hand (or on carriers as in a marching band), no cords or wires, moving with energy and enthusiasm, and with precise choreography.  They make it look effortless, which is most assuredly is not–it’s an impressive array of talent: harmonic voices, a large collection of percussion instruments, synchronized movements, and a wall of sound, all live (no pre-recorded tracks).

Their music really was excellent–it included old favorites like “Once in a Lifetime,” and “Road to Nowhere,” along with more obscure songs, and a very powerful protest song by Janelle Monae (“Hell You Talmbout”).  He explained that he’d asked her how she would feel about “a white gentleman of a certain age” performing it and she gave him her enthusiastic permission, explaining that her song was for everyone. It’s well done, and absolutely chilling.

When they performed “Burning Down the House,” he explained that the fire department had given permission for the audience to dance, but said that we were not permitted to dance in the aisles.  In the unlikely event of fire, he continued, it would give those dancers an unfair advantage.  Dance, we did (but not in the aisles).  It was a bit odd to see a masked Broadway audience on their feet dancing, but no more odd than much of what’s been going on in the world, and it was a joyous moment.  (We take them where we can find them these days.)

It’s hard to describe exactly what the show is about–it’s mostly a retrospective collection of songs, but it’s no jukebox musical.  There isn’t a story or a plot. The themes here include alienation, anxiety, welcome, hope, immigration, dadaism, police violence, paranoia, youth, confusion, connections between people, and the possibility of change.

You can see American Utopia at the St. James Theatre through March 6, 2022.  I highly recommend that you do so.

Pictured: David Byrne (left) and the company of American Utopia 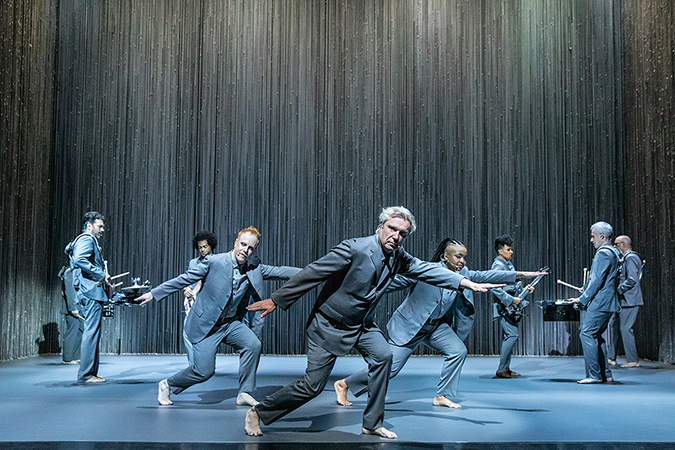 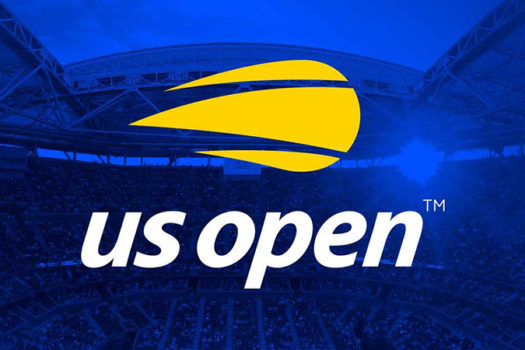