America is an incredible country filled with talented people from all backgrounds and walks of life.

They may not always agree with each other – but Americans have a long-standing tradition of using dissent or passion to diffuse tensions, create conversation, and make peaceful improvements.

Here is a photo essay featuring some of those voices.

NEW YORK, NY (January 21, 2017) — The first day of a new presidential administration saw clouds parting as hundreds of thousands took to the streets for the New York Women’s March.

Women, men and children of all ages — and all walks of life — held signs of protes,t and with a community voice, joined other Women’s Marches throughout the world.

As dusk fell on the Manhattan skyline, the marching continued up Fifth Avenue without incident as thousands sang and chanted to the rhythms of protests gone by, forming contemporary lyrics of current concerns.

These pictures are a document to the participants, those who are first-timers and many who rekindled a spirit last observed in the late 1960s. 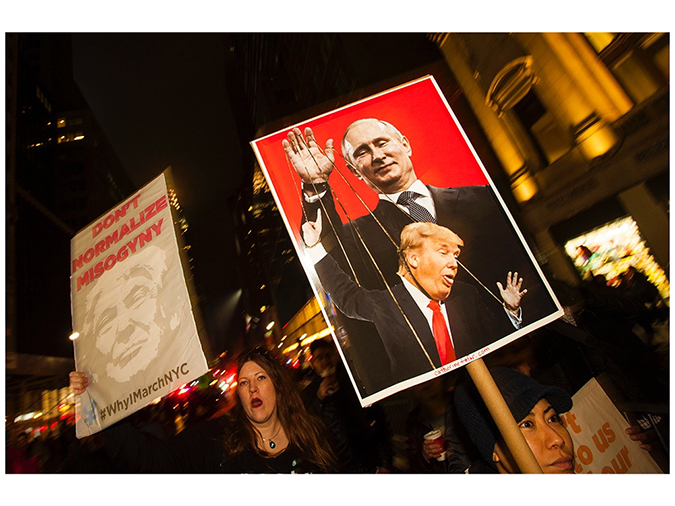 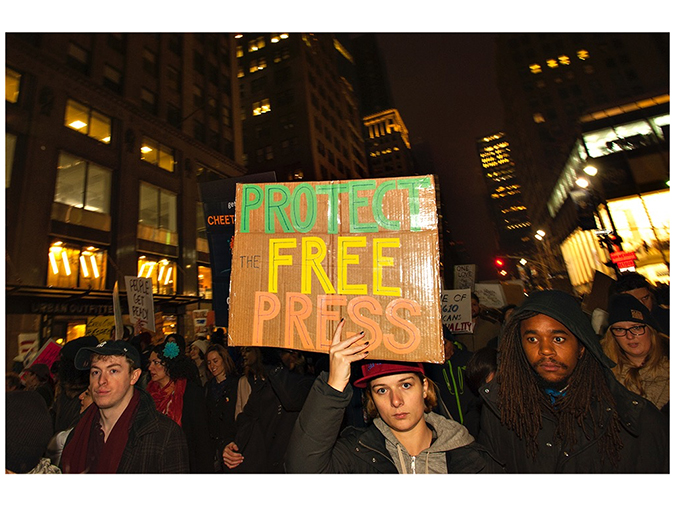 * A Q&A with Activist Michelle Jenab (by Laura LaVelle)