It’s a week of exciting events ahead leading up to the 87th Academy Awards this Sunday, February 22nd, 2015. Just because you haven’t secured an invitation from the Academy doesn’t mean you can’t go to the prestigious parties during Oscar weekend. If you want to see and be seen at some of the most glamorous parties of the year, here is the list of the top five.

For the eighth year, Women in Film LA (WIF) throws its highly-anticipated party, kicking off Oscar weekend on Friday February, 20 with a glamorous event that always draws a glamorous crowd of boldfaced names and industry veterans. Oscar winner and WIF president Cathy Shulman and Oscar winner Jennifer Hudson will host the event sponsored by MaxMara, BMW, Tiffany & Co., M•A•C Cosmetics and Perrier-Jouët. The party honors all 44 women, before and behind the camera, who’ve been nominated to have an Oscar this season

Benefiting the Motion Picture & Television Fund (MPTF), this glitzy A-list event – held every year on the night before the Oscar’s – is the biggest draw for the town’s brightest film and television stars and major execs. The event, sponsored by Delta Air Lines, Dodge, L’Oreal, Relativity Media, Target and The Hollywood Reporter, this year moves to the 20th Century Fox Lot following more than a decade at the Beverly Hills Hotel. Spearheaded by DreamWorks Animation CEO and chairman of the MPTF Foundation, Jeffrey Katzenberg – the event celebrates the entertainment industry’s nominees, along with some of Hollywood’s biggest stars and influencers, while raising money and awareness for MPTF. Last year’s host committee was made up of some of the industry’s most elite talent, including Jennifer Aniston, Amy Adams, Jamie Foxx, Ben Affleck, and Matthew McConaughey, while guests included Sandra Bullock, Benedict Cumberbatch, Jonah Hill, Meryl Streep, Christopher Waltz, Reese Witherspoon, Samuel L. Jackson among many others.

Fred Armisen and Kristen Bell host this highly-anticipated, lively awards ceremony – a daytime luncheon on Saturday under a giant white tent on the beachfront in Santa Monica. Expect to see presenters including Oprah Winfrey, Cate Blanchett, Julianne Moore, Jared Leto, Kerry Washington and more come together with the best in the business. As the first event to honor independent film exclusively, the Film Independent Spirit Awards has made a name for itself as the premier awards event for the independent film community. This year, nominated films for Best Feature include Birdman, Boyhood, Selma, Love is Strange, and Whiplash; Best Female Lead nominations include Jenny Slate, Julianne Moore, Tilda Swinton, Marion Cotillard and Rinko Kikuchi; and Best Male Lead nominates include David Oyelowo, John Lithgow, Jake Gyllenhaal, Andre Benjamin and Michael Keaton. FIJI Water returns as one of the sponsors, along with Heineken, IFC, Bank of America and others. Instead of airing the Awards with a delay like previous years, IFC will broadcast it live on the network at 2 p.m. PT/5 p.m. ET on February, 21, 2015.

This year, Vanity Fair magazine moves its annual legendary Oscar night soiree from a parking lot in Sunset Boulevard to a new location – a custom-designed space between the Wallis Annenberg Center for the Performing Arts and City Hall. Vanity Fair editor Graydon Carter holds a more intimate dinner party followed by the after party for mixing and mingling with freshly-minted Oscar winners and silver-screen legends past and present. At the after party it’s impossible to make a quarter turn without seeing a Hollywood superstar. This year’s attendee list is sure to include the majority of the Oscar nominees, including Eddie Redmayne (“The Theory of Everything”), Benedict Cumberbatch (“Imitation Game”), Michael Keaton (“Birdman”), Bradley Cooper (“American Sniper”), Steve Carell (“Foxcatcher”), and best actress nominees include Felicity Jones (“The Theory of Everything”), Rosamund Pike (“Gone Girl”), Reese Witherspoon (“Wild”), and Julianne Moore (“Still Alice”).

Norah Lawlor is a New York-based global trend and travel observer in addition to being the founder and owner of Public Relations strategy firm Lawlor Media Group. 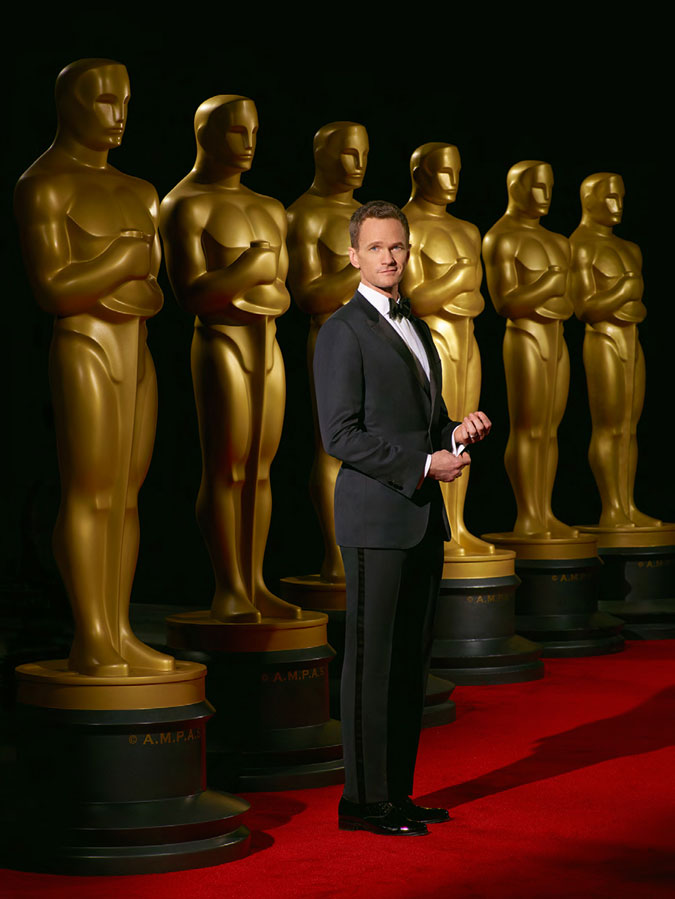