Slow, inspired and a favorite among those in the know, 2014’s And Nothing Else is one of many high points for the duo Atoms and Void.

If you haven’t heard And Nothing Else, now’s a great time to give it a listen or to purchase a new vinyl pressing.

To learn more about the album, visit our Summer Catalogue or head over to the band’s site: http://www.atomsandvoid.com.

In the interview below, Arlie John Carstens offers up some of the best answers we’ve ever read.

With responses this thoughtful and personal, we can tell why fans have such a connection to this very honest and original band.

Age (if you want to give it up): Born old, getting younger all the time.

Um, generally a bit embarrassed? Calm? Shy? Publicly sort of formal and polite, privately kinda silly and sweet. I really don’t know what to say. In love with life but admittedly exhausted by many of life’s circumstances and experiences. Endlessly fascinated by people, places, and sounds. Grateful. Appreciative of kindness and understanding. In awe of life and interested in learning new things.

Corny as this may be to say, I believe in love, unity, kindness, and perseverance. Good or bad, right or wrong— people need people. That’s about all I know. When all else fails, music is sometimes the only thing that can convey a moment, a year, or even a lifetime. To think, make, do, say something that others can relate to is, well, kind of all we have. Art matters. Despite our differences, the human condition is the same the world over. We have these awkward bodies and big brains, but only so much time, skill, and opportunity. To be anything at all is an incredible gift. Music-making and music-sharing are the closest means I’ve ever had to feeling a sense of togetherness with others. I write music for deeply personal reasons, but I share music with others in hopes of communicating sounds and experiences that are otherwise maybe a bit too complicated or time-consuming to share in words alone. 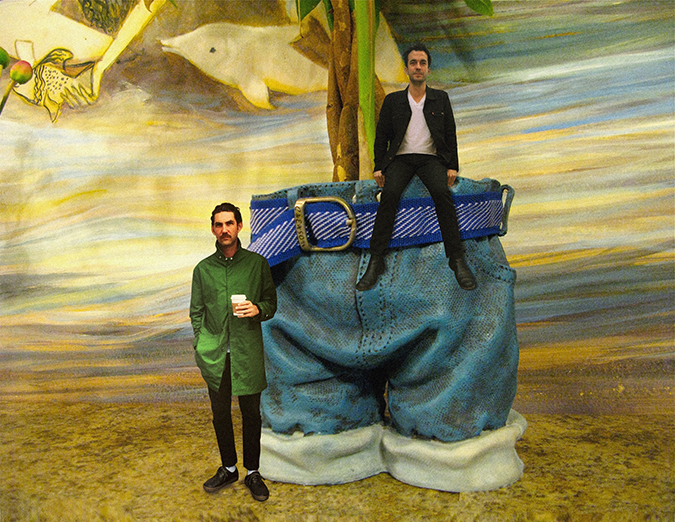 Photo Courtesy of Atoms and Void and Eric Fisher

Why did you choose your city as your base?

Um, I wanted to be warmer. This probably sounds ridiculous, but it’s actually quite true. Many years ago I broke my low-back and cervical spine. After several surgeries and years of PT, I was fortunate enough to recover from my injuries. Once it became time to leave rainy Seattle (and after having done time in NYC on and off for nine years), I wanted to live where I could perhaps continue to engage with many of my interests and just generally live with greater fluidity. Los Angeles is a great place to live if you know yourself, and an odd place if you don’t.

Any tips or suggestions for people traveling to your part of the world?

Sadly, this is a very timely question right about now. Suffice to say, life’s what you make of it. But it also sometimes takes you where it wants to go. As Winston Churchill said, “If you’re going through hell, keep going.” Sometimes that’s all you can do.

West Beirut, the Lebanese film written and directed by Ziad Doueiri, (1998). There’s a scene in the film that so succinctly conveys what it feels like to be human; to love deeply, to give and receive joy, to laugh, to dance around the room, to play in the sun, to experience the loss of a loved one, to lose sight of life’s purpose, to take small things for granted until it’s too late, and to forever regret one’s decisions…all in the blink of an eye and well past the time when you could’ve helped shape the outcome so differently. I can’t even think about this movie without feeling like all the air has suddenly left my lungs.

Alternately, any writings by Gabriel Garcia Marquez or Mikhail Bulgakov.

Saying goodbye to my sister, hearing her voice, holding her hand, and telling her that I love her. She passed away when we were kids. There was nothing anyone could do, it’s just the way of the world. Nonetheless, had I known then what I know now I would’ve thanked her for her love and kindness in helping to raise me. While I can’t do anything now to change the events of her passing, I can perhaps use this question as an opportunity to say this: Folks, forgive your parents, love your siblings, love your friends and lovers. Forgive everyone, (even yourself), find the good in everything (even the bad things), walk toward the light, do good work, and strive to be better. Where possible, make peace with your people and find peace within yourself. Anything less only guarantees continued heartache and is an enormous pain in the ass. 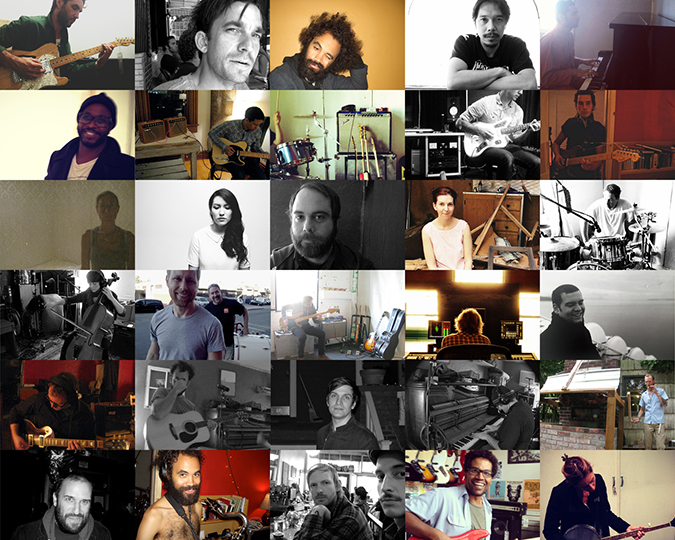 A guy walks into a bar and says, “Ouch, I think I’ve broken my nose.”

Though I may seem as dumb as a bag of hammers and have the face of an Irish convict, at heart I’m quietly a very sweet, unrepentant romantic and hard working person. In nearly all circumstances I tend to root for the underdog, even at the expense of my own well-being. I’d rather give you the shirt off my back and the last dollar in my wallet than see you go cold or hungry.

What’s been your best performance?

This would probably have to be with Juno at Club Paradiso in Amsterdam some time in the late-90s. We played after the legendary Nina Hagen, which was incredible in and of itself. Punks, goths, ravers, rockabilly and hardcore kids, bikers, drug dealers, sex workers, tourists, Rastafarians, and Anarchists. It was the golden age of Amsterdam’s independent music scene and perhaps the closest thing to a pagan experience I’ve had during a show. Man, it sounds lame to put it that way, (Lol) but oh well. During the very slow, 12-minute closing song “The French Letter,” the entire venue went absolutely bananas when a woman climbed on stage, laid down, pulled up her dress, took off her underpants and began masturbating in time to the music. Why? I have no idea. People respond to art-in-motion in different ways. Somehow we moved her that night to express herself in that way. We played through it, initially unnerving as it was. Even when she grabbed ahold of my ankle and continued writhing. In many respects, her commitment to the song was even greater than our own. Under a dense haze of cigarette and weed smoke, the audience erupted into a full-blown free for all; waves of bodies hit the stage, alcohol flying and glass shattering everywhere. I’ve never experienced anything like it since. The vibe was beyond explanation.

Again, with Juno. We played to six people in Lafayette, Louisiana. The sound man, the bartender, three junkies, and one legit vampire. That said, we played as if our lives depended on it. Sometimes a show can be so bleak and hopeless that it just sort of inverts itself to become this weird combination of sad/incredible. We had a similar experience playing somewhere in rural Norway. Bone-achingly cold and we all had the flu. In those sorts of circumstances you’ve just gotta take the good with the bad and still somehow conjure the songs with the same conviction that drove you to write them in the first place.

Hmm…this is a difficult question. People play music for so many reasons. So I’ll say this: Music is a gift, a mind set, and a way of life. It can be a long, slow process. It’s not an opportunity to define yourself in opposition to non-musicians. Your role as an “artist” is no greater or lesser than that of a cobbler, a homemaker, or a businessperson. It will take all kinds of people to help you become who you want to be as both a musician and as an adult navigating the complexities of life. So find your champions, find your advocates. Support your bandmates. Play to each other’s strengths. Like anything, music is something you’ve got to work at. Commit to writing five songs. Start there. Parts can be easily forgotten, especially if you’re self-taught, so it’s nice to record everything— even if it’s just via voice memo on an iPhone. You’ll be glad you did. Experiment with uncommon sounds, instruments, and time signatures. Be vulnerable. Be open. Think deeply about the sounds you hear in your head. If you don’t know how to write or read notation, it doesn’t matter. Use the language of novels, poetry, and film to express the dynamic shifts you’d like to convey. No matter whether you’re in a party band or a “serious” musician, take joy in the writing and playing process. Even when you’re not actively writing music you’ll come to find yourself thinking about it, which can be just as valuable as actually practicing your instrument. Even in times of trouble or during creative low points, try to keep your heart, ears and mind open. The most incidental bits of music or lyrics can become powerful starting points for writing moving songs.

Whether you’re self-taught or academically trained, it is better to work with what you have, develop new skills, and make doable baby steps, (no matter how incidental this may seem) than to daydream about how successful you’d like to be some day. Make your art. Put it in the world, let it take on a life of its own and see what comes back. Be pleasantly surprised, be appreciative. Above all, say “thank you” when people take time to listen to your music or come to see you perform. Enjoy yourself, challenge yourself, surprise yourself. Life is both long and fleeting, it’s good to remember this. A creative life is a shared life, and a shared life is a better life.

Bill Murray. He’s the only living celebrity that matters.

Life is metaphysical. This whole thing may well turn out to be just one big superstition.

Berlin. The audiences are always so serious about the music while often also being quite drunk, which leads to interesting conversations about the purpose of art and performance within the context of human experience.

At home with people I love. Doesn’t matter what it is. Could be a bowl of cereal or a cup of coffee. Also, anything made by the duo of Khuong Phan and Shannon Belisario.

The band that I currently play in with my band mate Eric Fisher is called Atoms and Void, we’ve just released the album And Nothing Else on Arctic Rodeo Recordings. We’ve worked with some 31 session musicians over several years. Very excited to finally have it out in the world. 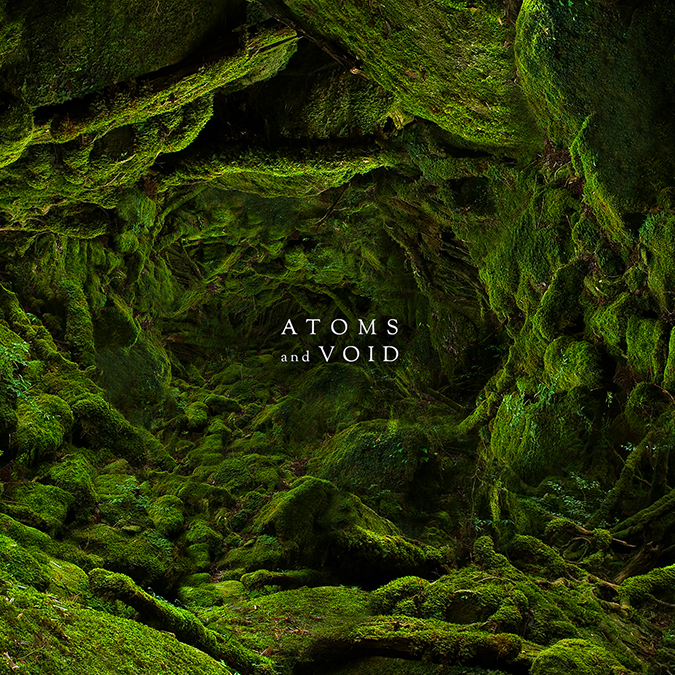 Lead-In Image Courtesy of Atoms and Void and Ashlee Williams