From Echosmith to Nile Rodgers to George Clinton, here’s what’s orbiting our musical universe this week.

What We’re Listening To:

Drummer, Graham Sierota is only 16 years old while lead vocalist Sydney Sierota is 18!

Stay tuned for their fifth album, “Dark Before Dawn,” set to drop in June 2015.

Two-man band, Tyler Joseph and Josh Dun wear masks when they perform so listeners can embrace their music.

A Fine Night For Music 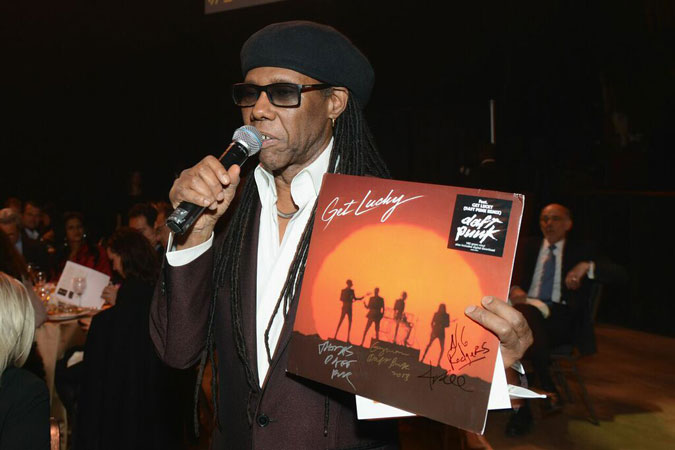 Musical legend Nile Rodgers last week hosted an annual gala in New York for his We Are Family Foundation (WAFF), which is “dedicated to the vision of a global family.”

The event — which raised money for Three Dot Dash and TedxTeen — featured a special concert with Nile Rodgers & CHIC.

Songs ranged from Nile’s own catalogue of writing and producing hits, including Daft Punk’s “Get Lucky,” David Bowie’s “Modern Love,” Sister Sledge’s “We Are Family,” and CHIC’s “Le Freak.”

What We’re Listening To, Part 2:

The band broke up last year, but their songs carry on.

Eric Paslay, “She Don’t Love You”

Beach House’s music is categorized as dream pop. Dream pop, as defined by The Allmusic Guide to Electronica is, “an atmospheric subgenre of alternative rock that relies on sonic textures as much as melody.” It’ll make more sense after you listen to their music.

Feature of the Week

Review of The Week: