Reboots have taken the brunt of the box office bloodbath in recent years, and Paramount’s costly $100M+ reimagining of “Ben-Hur” looks like the latest in the line of fire.

Drop, flop and stop. That’s usually Hollywood’s collective mantra when it comes to genres that repeatedly don’t connect; however rebooting, reimagining and recycling old properties has been going on for much too long.

“Ghostbusters” was a costly failure earlier this summer, as it didn’t succeed at reviving the franchise for Sony, staying in the Top 10 for just four weeks (the original racked up 20-straight weeks), and dropping over -50% each weekend, despite being heavily promoted  by the studio.

So the question is, will “Ben-Hur” actually put a stop to these costly reboots of classic films? Probably not, but it doesn’t take a genius to know which films to reboot and which ones to leave alone.

Nearly 60 years after the Charlton Heston version swept the Oscars winning 11 Academy Awards including Best Picture, Paramount for some reason decided there was a demand for this. Must have been someone’s passion project.

Why else do you commit to a $100M+ budget (maybe even higher) to a version that has to somehow convince audiences that it’s better than the original, and thus, worth seeing.

In fact, Paramount is trying hard to lure in the faith-based crowds for their historical epic, as films like “Exodus” and  “Noah” tried to do, with mixed results. It’s worth noting that uber-producer Mark Burnett is behind this—a box office bible beater if there ever was one. So if “Ben-Hur” somehow does pop off at #1 you’ll know why. The man has deep pockets and has vast experience in this arena.

Interestingly, Phillips hasn’t opened a film under $20M since before his comedy trilogy. Could run into some static here though, as the film doesn’t arrive with much buzz and Teller hasn’t been able to open a film, despite his early critical success.

In 3,100+ theaters the stranger-than-fiction flick might be able to hoodwink audiences for $14M or so. And with a reported $45M budget, if that opening sticks…it should be a wash.

Laika Studios turns out a gorgeous product like no other, that’s not debatable. What is under question is how they survive making stop-animation films that cost upwards of $60M and gross just over $100M worldwide. “Boxtrolls,” “Paranorman,” and “Caroline” all fit in this category.  Beautiful films, disappointing box office.

When you factor in the theatrical cuts and advertising and there just isn’t much there to keep pulling the strings. “Kubo” looks like another sure-fire Oscar contender, but an even tougher sell than their previous efforts–$13M in 3,200+ venues.

A24 has had a pretty swell couple of years with “Ex Machina” last summer and “The Witch” and “The Lobster” earlier this year, however “Green Room” and “Swiss Army Man” faltered a bit grossing just $3M and $4M respectively in wide release. Since then, their other summer offerings “Equals” and “Into the Forest” barely even received a theatrical release, instead debuting on DirecTV weeks before.

A24’s latest, writer/director Chad Hartigan’s “Morris From America,” deserves a bit more of a push as it has considerably more commercial appeal with Craig Robinson in the lead. However, again, there is nearly zero advertising supporting the Sundance sensation, and it has also been available on DirecTV for some time now.

Natalie Portman’s directorial debut, “A Tale of Love and Darkness” looks pretty decent, however, it’s getting even less promotion than “Morris From America.” In fact, Focus World is only debuting it in two theaters this weekend and hardly announced it was coming out at all. Reviews aren’t doing it any favors, either.

Does anybody else see where these indie dramas are heading? VOD distribution will be the savior of indie filmmaking in the future…and that future is nearly here.

This is the trailer you’ve been looking for…the one that brings balance to the force. Sure, even though we all know they succeed in stealing the Death Star plans…man, I hate prequels in the same way George Lucas loves them.

Sci-fi is getting lots of love this holiday season. “Arrival” delivers the full trailer after the teaser dropped last week…and it looks very promising, indeed.

Remember back in 2001 when Sony spent nearly $140M on “Final Fantasy: The Spirits Within” and it massively tanked at the box office. Well, looks like they’re still trying to make that money back, as “Kingsglaive: Final Fantasy XV” hits theaters in limited release this weekend, although it’s doubtful grosses will even be released.

The animated film, produced in Japan, is part of the extended universe of the video game franchise, and a precursor to the game, which drops this November.

The best part of the trailer: “Every saga has a beginning.” Really? It took you until Part 15 to get to the origin story?!?! That’s really stretching the yarn, wouldn’t you say? 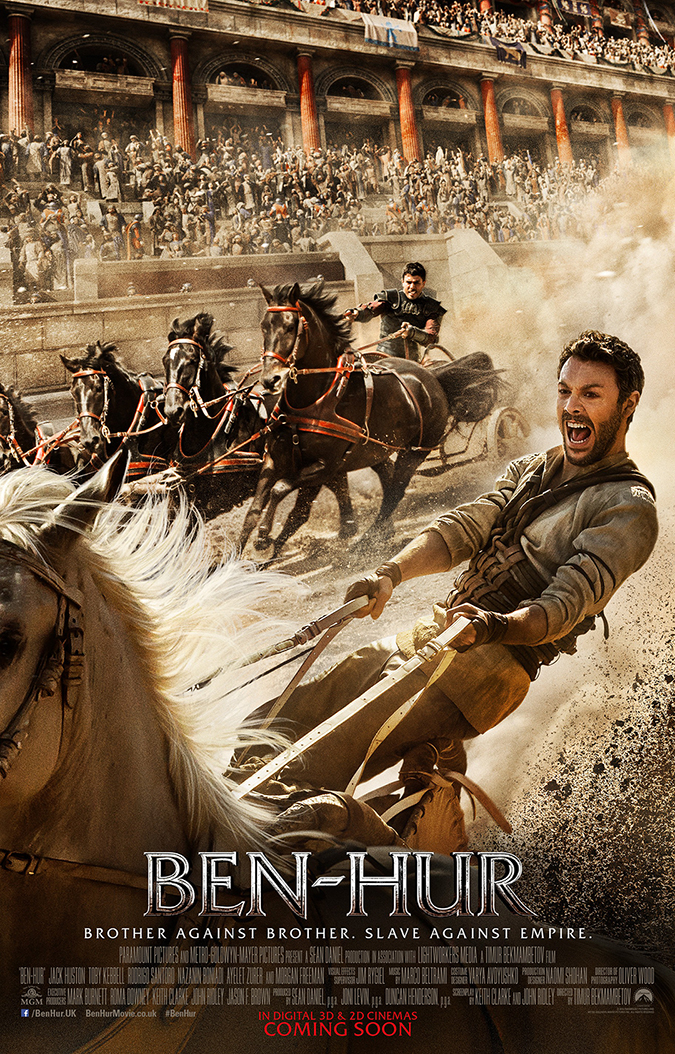