Beware Of Darkness is not your up-and-coming band.

They’ve had break-through success with their song “Howl.” They won a “Best New Band Award.” They’ve performed on Late Night with Conan O’Brien and hit the stage of British festivals.

If that wasn’t enough, they’ve toured with the likes of Smashing Pumpkins, AWOLNATION, The Wombats, Tegan and Sara, Deftones, KORN, Eagles Of Death Metal, Thirty Seconds To Mars, and Social Distortion.

Now, after a three-year hiatus, Beware Of Darkness is back, having just released two singles, “Bloodlines” and “American Hymns,” courtesy of Bright Antenna Records.

Below, we talk with Beware Of Darkness frontman Kyle Nicolaides, and learn a little about him and his band’s journey forward. 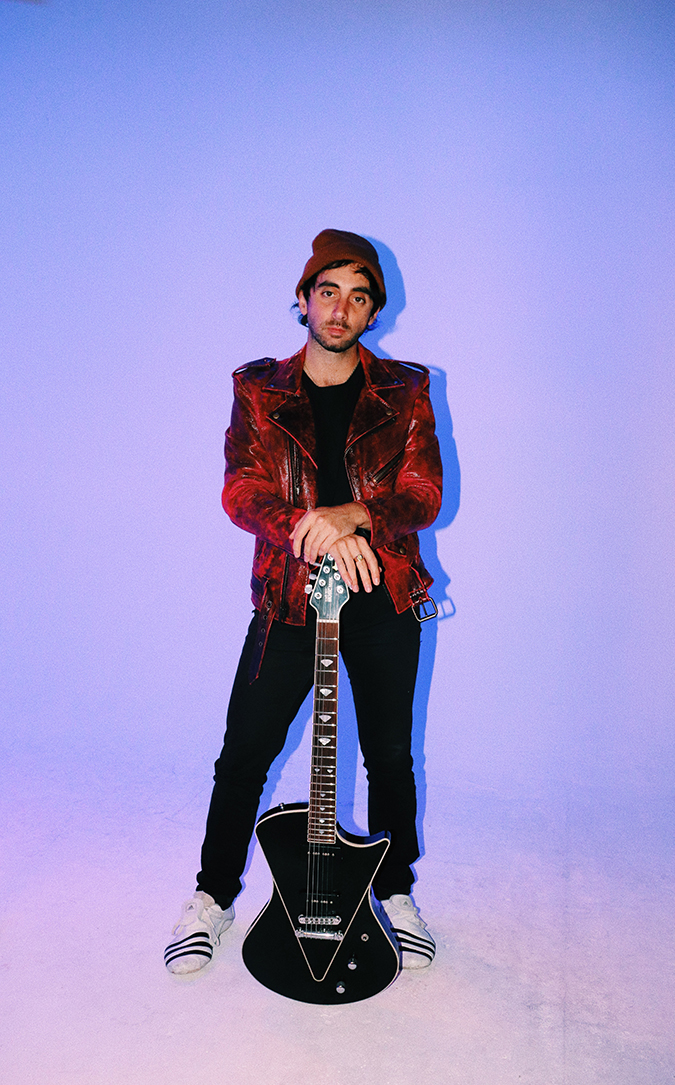 Video games. I endlessly played games like Sonic the Hedgehog 3, Super Mario 64, and Ocarina of Time, and their soundtracks were magnificent. I think it was the first time I was aware of how music made me feel. I’d have these intense visceral and emotional reactions to certain chord progressions and sounds. Every time the Marble Garden 3 Zone music hit at 43 seconds, I felt it. The music would almost immobilize or paralyze me, sort of overwhelm me, like a hit of bliss to my system, and they made me felt so safe, warm, nourished, and healed. Music calmed me and soothed me like nothing else did. It was like being hit hard in the soul, or heart, and it still happens to this day. It’s that feeling that I still chase, and hope I can give to other people. It’s divine.

Where do I start? One of my current idols is Don Was. I think he’s the raddest guy, in terms of music, mindset, and style wise, and I want to be him. When we cut our debut album Orthodox at the Village Recorder studio, I was recording a blaring distorted bass through an AC30, and all of a sudden the door opens, and this muppet looking guy opens the door, pokes his head and yells “Great bass tone!” I was young and got instantly mad and perplexed that someone would barge into the session. It breaks all the rules of studio etiquette. I thought, “Fuck this guy for coming into our session. Who does he think he is!”  Then, I either ignored him, or said “Thank you” in a passive aggressively and annoyed bitchy way. My friend, Claudio, who was engineering started freaking out and said, “Didn’t you realize who that was?!” It was Don Was. I didn’t recognize him and now I look back on the situation feeling like a complete idiot with just pure disgust at myself. It’s not embarrassing, more stupid.

Most of my embarrassing stories are just dumb things I say on stage. You never know what someone is going through so when you single out an audience member for something it can go downhill fast. Last year I was on stage and heard a sound like a dog barking during quiet moments of my set, and in-between songs, I innocently and incredulously asked, “What is that noise?! Is there a dog in here?” After the set, a mother came up to my merch booth to sternly inform me that the “dog” was in fact her daughter who has Tourette’s and for my information she spent the good amount of the night crying in the bathroom because of my comments, and then walked away with “I hope you are happy for ruining her night” tone. I had no idea, and meant no malice. Sometimes you really just don’t know.

Lastly, when the band first started we got an opening slot for this all-girl Korean pop band at a venue in Orange Country. There was a single white person front row center in the crowd, which was a sea of Korean teenagers, and he was on his phone the entire set. I mean the entire set. I got pissed. I called him out in the microphone. I said stop. He kept using his phone. During a guitar solo, I was still so mad he was on his phone, I walked over to him and with the hands of a not so gentle lover I pushed his head up so he was finally not looking at his phone, but instead at me, and I gave a look only David Crosby could give, and wagged my finger, “Get off your Goddamn phone.” After the set he came up to say he was on his phone because he loved our set so much he was looking for our Twitter account to give us praise. He was also the president of the Korean group’s fan club and had spent over a $1,000 to fly from Pennsylvania to LA to just to see the show. Then, enter me, to make his night memorable. I felt like dirt. You just never know

Meeting new friends and fans is the best part. It gives me purpose in life and hearing their stories inspires me endlessly and expands my heart. I detest the long travel days, 10-12 hours in a van. In days like that I ask, “If this were my last day on earth is this how I’d want to spend it?” The answer is most always no. But at least being able to play Skyrim for 8 hours on my Switch slaying dragons makes it bearable. 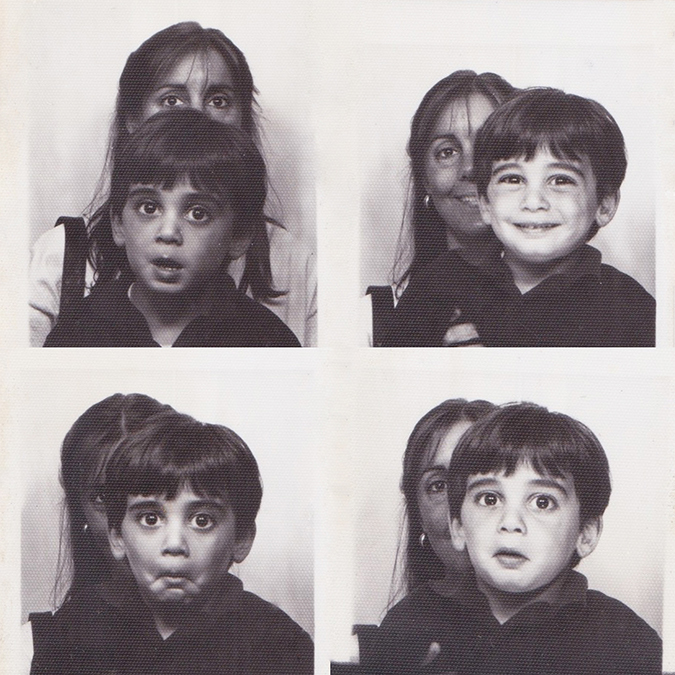 Amoeba in Hollywood. When I was a teenager, it played such a pivotal role in my development as a songwriter and musician. That store will always hold a dear place in my heart. I’d go there multiple times a week for used CDs and loved getting lost.

“Can’t Find My Way Home” by Blind Faith. It just hits my soul every time. I mean, isn’t this the plight of every human being? We all want to find our way home but we don’t know how? We’re all wasted in some sense.

“Ram” by Paul McCartney. He’s just the greatest. I’ve been listening to this record for a decade almost and every time is like the first time.

I mean, probably no one. I might just take a shower, meditate, and deal with it.

Seems there’s been some time since the band released new music. Can you fill us in about what’s been going on with Beware Of Darkness? Most importantly, nice to hear that you’re making music again!

I abandoned it in 2017 (mostly due to depression), and had no desire whatsoever or means of picking it up again until this year a series of blissful events woke up the dragon. This year has been a divine roller-coaster I found myself strapped into. I never stopped making music. I was writing and recording most every day, but wasn’t touring or performing much. I did a solo tour and EP, but more importantly I just needed time to learn how to develop my own voice, and learn who I am as a person, and do that sort of heartwork totally outside of music. It was the best decision I ever made. I’m still figuring out Beware of Darkness, but now it’s the first time I’m approaching it as a person, without the weight of anxiety or depression on me. There’s joy in it now. A lightness. I’m excited to see where it will lead.It’s just mind-bending re-approaching the thing I abandoned years later with new eyes and now it’s like teacher and guide, but life is wild yo. 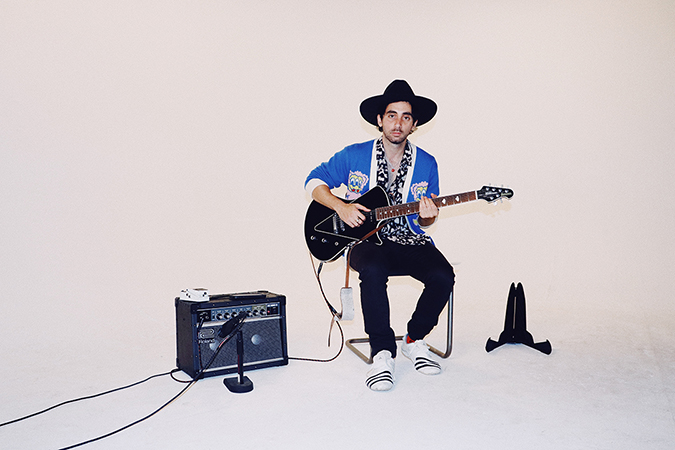