A native New Yorker, Brooke Moriber grew up near Washington Square Park in Manhattan’s Greenwich Village. By age eight she shined on the Broadway stage for the first time as Young Cosette in Les Miserables. At 15, Moriber began writing her own lyrics. Shortly thereafter, she was given the opportunity to perform before thousands in Central Park.

Now she’s pursuing her dream of becoming a rock star.

It’s not often that a vocalist masters the art and elegance of opera as well as the grit and power of rock ‘n’ roll.

It’s also uncommon to be a seasoned veteran on Broadway before your pre-teen years. Brooke Moriber’s got some serious potential. Here’s how she’s chasing dreams and possibly stealing some hearts along the way. 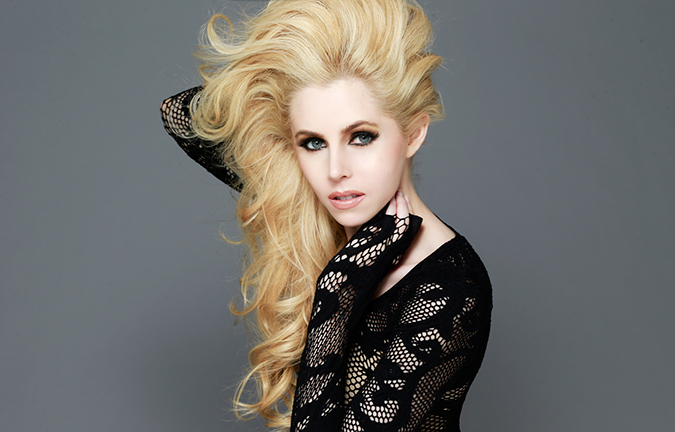 1. Who serves as your single greatest inspiration?

​As a singer, Linda Ronstadt has been my greatest influence. My mom used to play me her music and her voice has the most beautiful tone I’ve ever heard.

2. How did you get your start on Broadway? Was this a “dream job” of yours growing up?

​My first professional job was playing young Cosette on Broadway and it truly was a “dream job.” It was the first thing I ever auditioned for!

I remember hearing the little girl on the recording singing “Castle on a Cloud” when my parents would play the cast album and dreaming of what it would be like to be on a recording and a Broadway stage.

One Christmas, I got up and sang in front of a bunch of my parents’ friends and one of them had a cousin who was a manager. I sang over the phone for her and she asked me if I’d like to audition for Les Miz. It  truly was my childhood dream come true! 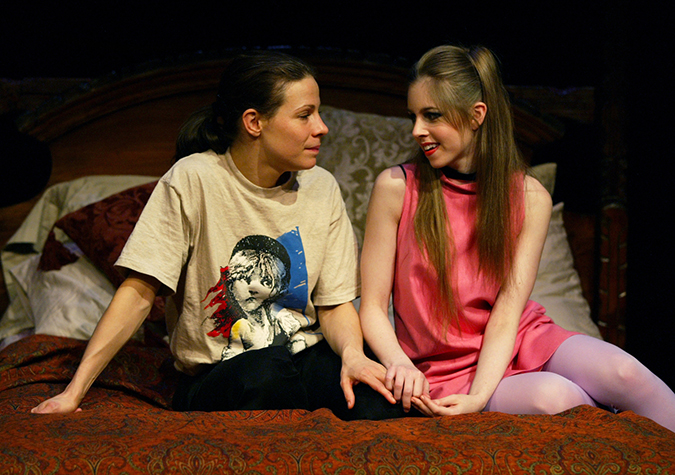 Brooke with Lili Taylor in Aunt Dan and Lemon (2004)

3. What is the craziest interaction with a fan that you’ve had?

​I had a crazy stalker from an off -Broadway show I did where I had a nude scene. It was very creepy. Some of the guys in the cast would have to put me in a cab after the show at night so he wouldn’t go near me.

4. Tell us a little about your time working with Harold Prince. (What’s his personality? What was his impression of you? First impression? Any influences he might have played on your musical career?)

​It was an incredible honor to work with him. He is a very sweet man and has been incredibly supportive to me as a performer. He even let me paint his portrait for his 70th birthday. (Aside from being a performer, I paint. I had a drawing of mine displayed at Lincoln Center while I was in Parade, the show I did with Hal). He has a very grandfatherly presence about him. Sweet-natured but stern when he needs to be as a director.

5. From being on Broadway to starring in plays, what has been your favorite role and why?

​Nadine in The Wild Party on Broadway. I love originating roles. Many times in theater, we replace other actors who have created a role from the start. There is nothing quite like making a role your own and the rehearsal process is my favorite part. You get to be the most creative. Nadine was a really great character opportunity for me. I got to be funny in a wonderfully dark show and sing some amazing music by Michael John LaChiusa.

6. As an eight-year old, were you able to recognize the significance of starring in a play as well known as Les Miserables?

​I think I did actually. In fact, I was so terrified on my first performance that I almost ran off the stage! I’m glad I stayed because once I started to sing the nerves went away. I still feel that way now. I’m always nervous before I go on but once I start performing, I’m at home. 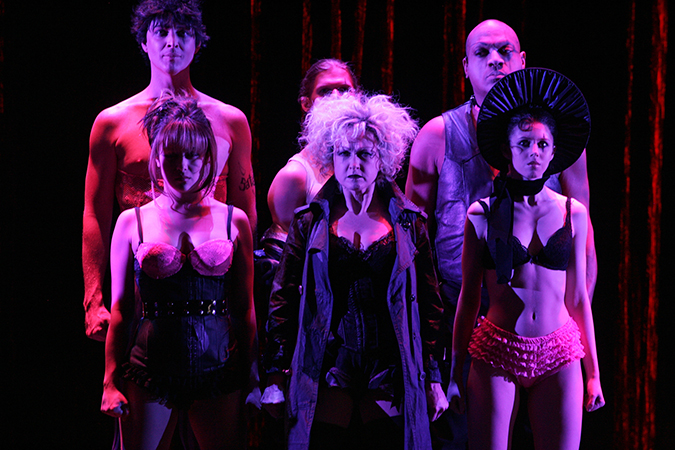 7. Tell us about the moment you realized you wanted to be a musician while continuing to pursue a career in acting and musicals.
​
I always wanted to be a recording artist. When I booked Les Miserables as a child, I got hooked on theater and I was very blessed with so many opportunities as an actor. The past two years, I decided to really focus on my music because I really didn’t want to forget my original dream was to be a successful singer/ songwriter. I hope to be able to succeed in every area of my career. I feel incredibly  lucky to have so many areas to express myself as an artist.

8. Your first EP, “Fire” is being released.  For those who may not know, what is an EP? And how are you feeling about the upcoming release?

​An EP stands for “extended play,”meaning it is longer than a single but shorter than a full album. My EP has four songs on it. I’m very excited to release it. We have been waiting on some opportunities to give us the go so I apologize to fans who have been patiently waiting! But we will be giving songs to those who sign up to the website www.brookemoriber.com pre–release.

9. With performances scheduled on both the east and west coast, what has been your favorite part of traveling? Least favorite part?

​I love traveling because it changes up your routine and sometimes we get stuck when life becomes too static. What I hate about traveling is being away from my friends and family. I miss them and my little bunny rabbit Sherlock terribly!

10. Aside from fame and wealth, what do you hope to accomplish through your music career?

​It’s funny, I really don’t care about having tons of money. I just want to be comfortable and never have to worry about it. I want “fame” because I want to get my music to as many people as I can. There are a bunch of causes I would like to become part of. I would like to do something to help people with connective tissue diseases and I really want to get involved with animal rescue and welfare.

And some more get-to-know Brooke questions…

11. What is Brooke Moriber’s pre-game ritual, just hours before a performance?

​I usually warm up first thing in the morning and then I feel warmed up for the rest of the day. I do yoga breathing before I go on stage and while I am traveling to a gig to stay calm. I love the “alternate nostril breathing.” It really calms me down so I don’t care how silly I look doing it!

12. If you were stranded on a desert island and could only bring three things, what would they be and why?

​A supply of peanut butter and jelly, with my little Sherlock, and a pair of goggles because I love to swim and look at the fish.

13. What is your least favorite thing about humanity?

14. What’s the funniest thing to happen to you recently?

​I had to order a car service to pick me up. When the driver pulled up, the name on the board in the window for pickup was “Broke Moriber.”

15. What do you enjoy doing when not working on music?

​I love to swim. It’s probably my favorite non-artistic activity. I also love to eat. I am a very big foodie. I love to play with Sherlock my Holland Lop Rabbit. He is like a little dog. He sleeps next to me, follows me around, he is fully litter trained and has full run of the apartment. He is very smart, knows his name and how to manipulate me in to giving him more carrots.