Tiffany Haddish is nearly a household name—even if she doesn’t pass the spellcheck test yet on media devices—and Kevin Hart has been one for some time.

Tossing these two comics together for Universal’s PG-13 comedy was a no-brainer, as their collaboration, “Night School,” is expected to make the grade and top the box office with upwards of $25M-$30M this weekend in 2,800+ venues.

Reviews? Don’t need ’em—Rotten Tomatoes is currently at a lowly 21%, btw.  Haddish is riding high off her Netflix special, popped up in “Uncle Drew” this summer, and kicked things off with her breakout performance in last summer’s “Girl’s Trip,” which  opened to $31M on its way to $115M in North America, all with a bargain-basement $20M price tag.

Is it any wonder between now and next fall she he no less than six films hitting theaters? The industry hasn’t seen this kind of strong push for a black female comic in starring roles since the halcyon days of Whoopi Goldberg, or maybe Queen Latifah.

Malcom D. Lee’s—yes, the director of “Girl’s Trip”—$30M-budgeted film might hit that very mark opening weekend as Hart has routinely debuted flicks in the $35M range, teaming up with the likes of Ice Cube in “Ride Along” and its sequel, and Dwayne Johnson in “Central Intelligence.”

So, yes, there’s a definite chance “Night School” over-performs and hits those kind of numbers. It’s been a hot minute since we’ve seen a comedy specifically geared towards the black community in multiplexes, and Haddish and Hart certainly break down demographic barriers.

Could there be an upset? Perhaps. Warner Animation unleashes “Smallfoot,” which may surprise, given that there hasn’t been a new animated film in theaters since July.

The issue with Warner Animation Group, however, is that they haven’t had much success recently outside the LEGO films, and Warner’s themselves really haven’t had a huge breakout in creating original material worth sequelizing since 2006’s “Happy Feet.”

LEGO is Warner’s brick-and-mortar brand—sorry, couldn’t resist—and they have “The LEGO Movie 2” stacking up this spring, but they definitely need an original to knock it out of the park, as their last venture, “Storks,” delivered just $72M domestic and $183M worldwide. That seems like a lot, but these films aren’t cheap to make, not to mention the cost of marketing of an original IP on a blockbuster scale.

“Storks” took a bow with $21M on this exact weekend two years ago, so WAG better hope “Smallfoot” makes more tracks. The film is directed by Karey Kirkpatrick, who co-directed Sony’s “Over the Hedge,” and has been a screenwriter on many kiddie flicks including “Chicken Run,” “James and the Giant Peach,” and “Charlotte’s Web.”

Placing a group of Yeti monsters front and center is a good start, especially considering we’re so close to the haunting season, but paying that high-profile cast—Channing Tatum, James Corden, Zendaya, Common, and LeBron James—must have cost an avalanche of cash.

Big debuts over this weekend are possible–just ask Sony, which opened “Hotel Transylvania” and its sequel north of $40M in 2012 and 2015.

In 4,000+ theaters, expect “Smallfoot” to stomp up $25M for starters, possibly more if this catches on with teens, too.

Heading for the chopping block is Lionsgate’s latest horror pic, “Hell Fest.” While it probably didn’t cost a lot, there also hasn’t been much marketing for the R-rated slasher flick which is being sold on the premise of “what if you went to a scary Halloween maze and there was a real killer.” Writes itself from there…and maybe sells itself, too. You never know with these cheap-o chillers.

In 2,200+ theaters expect upwards of $8M, and since it’s the only new hardcore R-rated horror flick until “Halloween” unleashes October 19…this may see some extended play.

If we had four new wide releases last week, we might as well have four this week, too. A remake of “Little Women” gets cozy into 600+ theaters from faith-based distributor, Pinnacle Peak.

No, this isn’t the Greta Gerwig version that was just announced, this stars Lea Thompson and looks like something you might find on the Hallmark Channel.

The crime dramedy, based on a true story, also stars Sissy Spacek, Danny Glover, Casey Affleck, Tom Waits, Keith Carradine, John David Washington, and Tika Sumpter. Are you kidding me with that cast?!? It’s also been getting top notch reviews, so no doubt this will play well into the awards season as it expands. 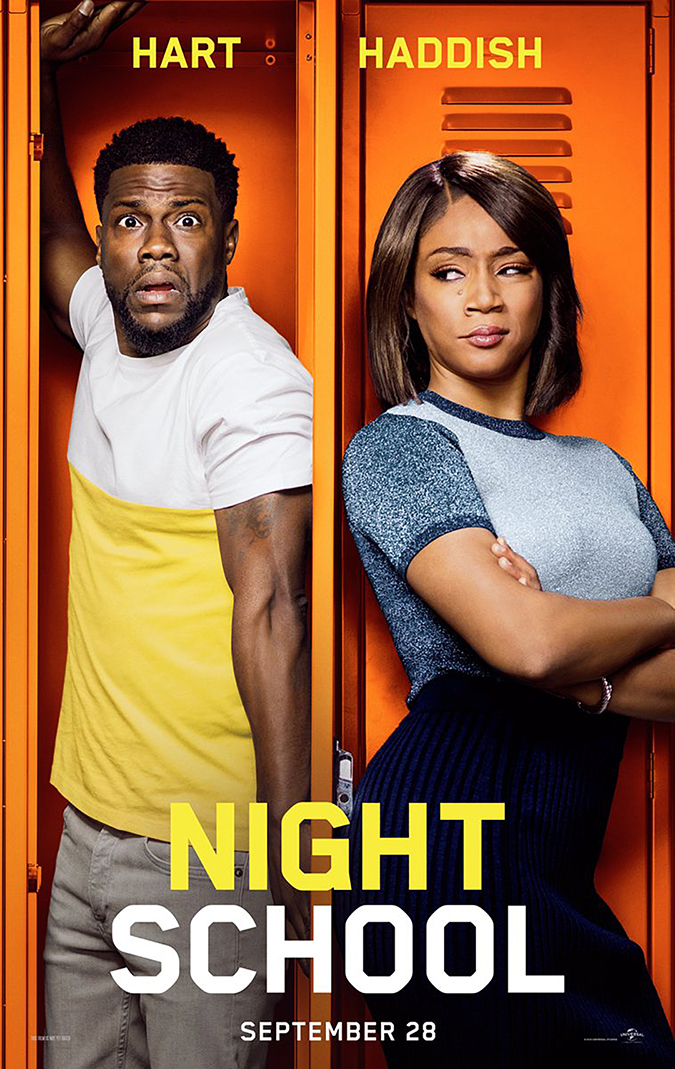