Come on in! We don’t open for another hour, but polishing wine glasses and boiling simple syrup gets boring, and I could use an ear.

Craft beer and microbreweries continue to proliferate at an astounding rate. According to the folks over at the Brewer’s Association, by the end of 2013, the U.S. had a whopping 2,538 breweries operating around the country in total, with craft breweries making up 2,438 of them.

For an amazing craft brewery, check out  Night Shift Brewing from Everett, MA. Their concoctions include “Viva Habanera” a rye ale brewed with agave nectar and aged with fresh habanero peppers; “Rose”, a saison brewed with honey, rosemary, and rosehips and aged with pink peppercorns; and “Taza Stout”, brewed with chicory root and ginger and aged with Taza chocolate cacao nibs. I just blew your mind…

Also, if you’re in Hong Kong on March 13th to March 15th head to Beertopia, the city’s craft beer festival. 3 days, over 400 beers. It’s a nice warm-up for St. Paddy’s – not St. Patty’s — Day. I know we, too, get the holiday’s name wrong all the time. Luckily, that’s not the worst mistake that’s been made.

If you or your loved one has a problem with alcohol, there are many organizations ready and willing to help. One example is Rehab 4 Alcoholism. They’re a UK group that “offers free advice and support for alcoholism and raises awareness around the issues of problem drinking.”

St. Patrick has his day on March 17th, and that typically means gallons of green beer and proud declarations of being 1/16th Irish. This holiday has the unique characteristic of being the only one centered around drinking, so epic fails of all kinds are likely. Without further ado, I give you a few of the best St. Paddy’s day fails of all time.

Ford, the mayor of Toronto, supposedly hurled his cellphone at a wall, cried and knocked over a staffer before offloading some racial slurs on a cab driver. Oh, it didn’t end there. The good mayor went back to his office later that night, the Toronto Sun reported. In an e-mail, released by city officials, a security guard wrote: “[Ford] had problems walking, was sweating profusely and was swearing at [one of his aides].” But I guess when you allegedly smoke crack with gang members, drunken fits pale in comparison.

Who doesn’t get all riled up when they see that creepy plastic Ronald McDonald glaring at them from the across the dining room? Not sure what got these kids going, but if you’ve ever experienced the sheer rage that a poorly salted order of fries will induce after you’ve left the store, you may understand.

The 2013 University of Dayton Riot

College kids aren’t known for holding their liquor well, but when you start a rager that ends in riot police showing up, you’ve gone too far. Broken car windows, beer bottles being thrown at cops, and damage to a police cruiser… what were these kids doing? Running for mayor? 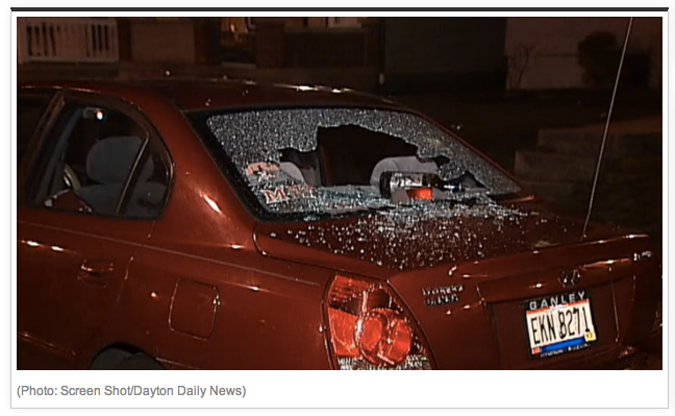 “Drinks For All My Friends!” –- Barfly

This month’s drink recipe comes from the Sour Toe Cocktail Club in Yukon, Canada. The cocktail includes, you guessed it, a real, preserved, amputated toe. Wanna join the club? Repeat after me:

We all wanna know what famous people are like when they’re plastered. Luckily, there are quite a few stars out there soaked in booze. This month, we take a look at the infamously and perpetually sauced Orson Welles, famous for movies like Citizen Kane, Touch of Evil, and The Lady of Shanghai. Fortunately, he’s also famous for shooting commercials while hammered and pissed off…

And as a bonus, watch this amazing remake from comedy group, The Midnight Show…

FIVE STEPS FOR DRINKING WHISKY WITHOUT LOOKING LIKE AN ASS

TAKE IT OFF before the first sip. Actually, just take it off.

2. Don’t order it by region

For example, “Barkeep, do you have any peaty Speyside?” As a matter of fact, better not say “barkeep” either, unless you have the 1860s-era moustache to pull it off.

Come on people, unless you’re drinking Old Grand-dad — in which case you really need to knock it back to keep it from melting your tongue — sip, savor, and relish that sweet sauce of the gods. 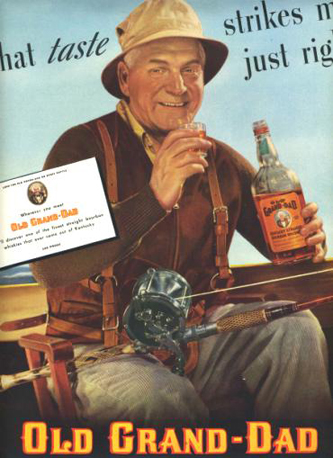 I can’t stress this enough. If you can afford it at roughly $50 an ounce, and you genuinely like Johnnie Walker Blue Label, then tip it back, my friend. But if you order it because you think it looks cool, but hate the taste, what’s the point? Here are a few amazing bourbon whiskeys that you can easily afford, and to the fellas, women don’t care what whiskey you drink, they just find it sexy that you drink it:

Pappy Can Winkle (If you can find it)

5. Always be ready for whisky-drinking company

There’s nothing quite as classy as a guy who can offer his guests a nice glass of single malt in a vintage rocks glass with a whisky ball. Trust me, I know… wink wink.