As is traditional, the weekend following Thanksgiving is a déjà vu moment in multiplexes, as most studios prepare for the next wave of holiday hits and leave moviegoers to gorge on luminescent leftovers.

So it should come as no surprise that only one new movie dares to entice audiences, Relativity’s grisly revenge drama, “Out of the Furnace,” starring Christian Bale, Casey Affleck and Woody Harrelson. While the cast is solid, reviews are so-so, and this genre really is the Hollywood equivalent of beating a dead horse.

In fact, Weinstein Co. attempted a similar feat the same weekend last year with “Killing Them Softly,” which like “Out of the Furnace” boasted an impressive cast, yet wound up with an underwhelming debut of just $6.8M and $15M total. In 2,101 theaters expect the same results for “Out of the Furnace,” maybe less.

Look for “Catching Fire” and “Frozen” to be in an all-out snowball fight for first place…with Disney’s animated treasure likely icing “Hunger Games,” as I’m pretty sure everyone and their mother has seen it by now. Probably twice.

In exclusive NY/LA release, the Brothers Coen unspool “Inside Llewyn Davis,” their foray into the folk music scene in New York circa early 1960s.  While the film is slight compared to “The Big Lebowski,”  “Fargo” or “Oh Brother, Where Art Thou?,” fans of the Coen Brothers will be overjoyed, especially considering the fact that it once again features the musical stylings of T-Bone Burnett.

Remains to be seen how multiplex masses will react to it, but, if you’re a fan of live music, definitely seek this flick out as the performances are unique in that each onscreen song is played in its entirety–a true hipster’s delight!

I don’t often say this about Justin Timberlake, but I really could’ve used more Timberlake. His supporting role is tailor made for his talents and he absolutely glows in this, as does the lead Oscar Isaac, who plucks a pitch-perfect, smoldering, star-making performance.

The Coen brothers have definitely found their new John Turturro.  Definitely worth a look-see as it won the Grand Prix at Cannes and was recently named Best Feature at the Gotham Awards.

THE NEXT WONDER WOMAN IS…GAL GADOT. WAIT? WHO? 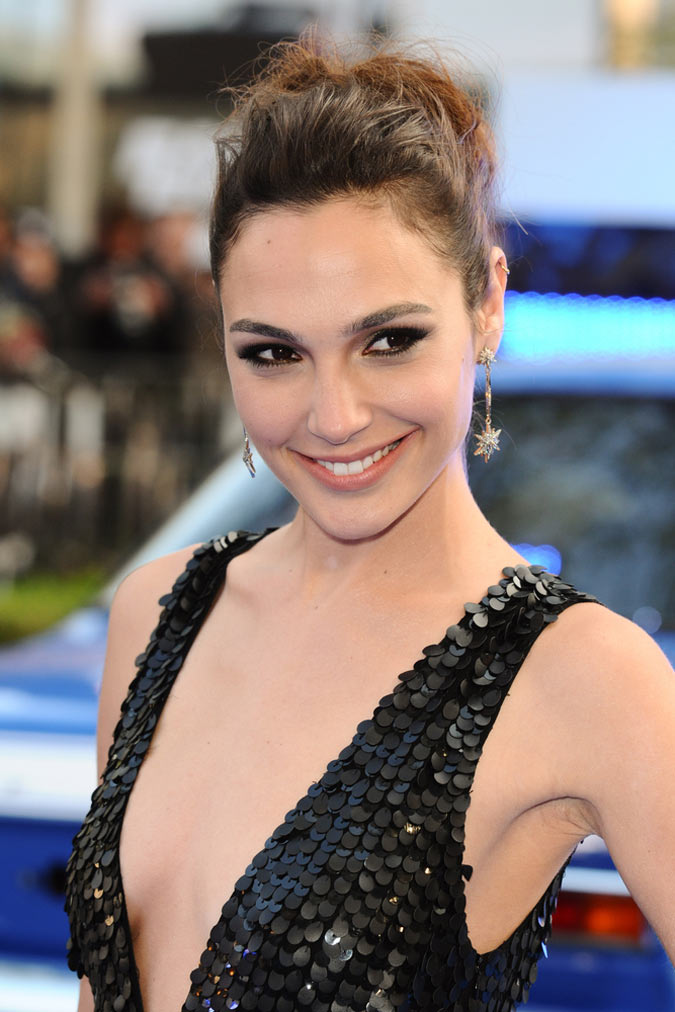 The super-sequel, again directed by Zack Snyder, is set for release July 17, 2015 and is turning out to be more of a Justice League movie than people first thought as The Flash is also rumored to make an onscreen appearance. This certainly sets the scene for DC to follow in the footsteps of Marvel and create a multitude of spin-offs, the most interesting being Wonder Woman.

A female icon of empowerment for the ages, Diana Prince (her civilian name) will be quite the game-changer for Gadot, who, if nothing else, will have years and years of comic-con appearances ahead of her.

Hopefully, if and when she does get a crack at her own film, it will turn out better than previous subpar superheroine cinematic endeavors which saw “Supergirl,” “Catwoman,” “Elektra” and “Barb Wire” all fail miserably at the box office.

Gadot has sex appeal, that’s certainly not in question, as she won Miss Israel 2004, has graced the pages of Maxim and definitely looks the part of a Amazonian warrior princess. If done right, Wonder Woman has the potential to be in the same league as Batman or Superman as a stand-alone franchise. So yes, this is a very big deal…even bigger than George Clooney’s codpiece in “Batman and Robin.”

Truth is, when this initially dropped on Twitter, not surprisingly, all the 140-character-or-less chatter was that Gadot was waaaaaay too skinny to play Wonder Woman, which translates to: she doesn’t have the jugs for the job aka The Rack Stuff. C’mon, stuffing a bra is the oldest trick in the book, people.

Sure, it’s not going to be easy to fill the shoes…er…brassiere of the original Wonder Woman, Lynda Carter. Stacked n’ packed, she transformed into an instant sex symbol in the mid-to-late 70s when she donned the outfit…even if she did sport satin tights and wore puffy granny panties. 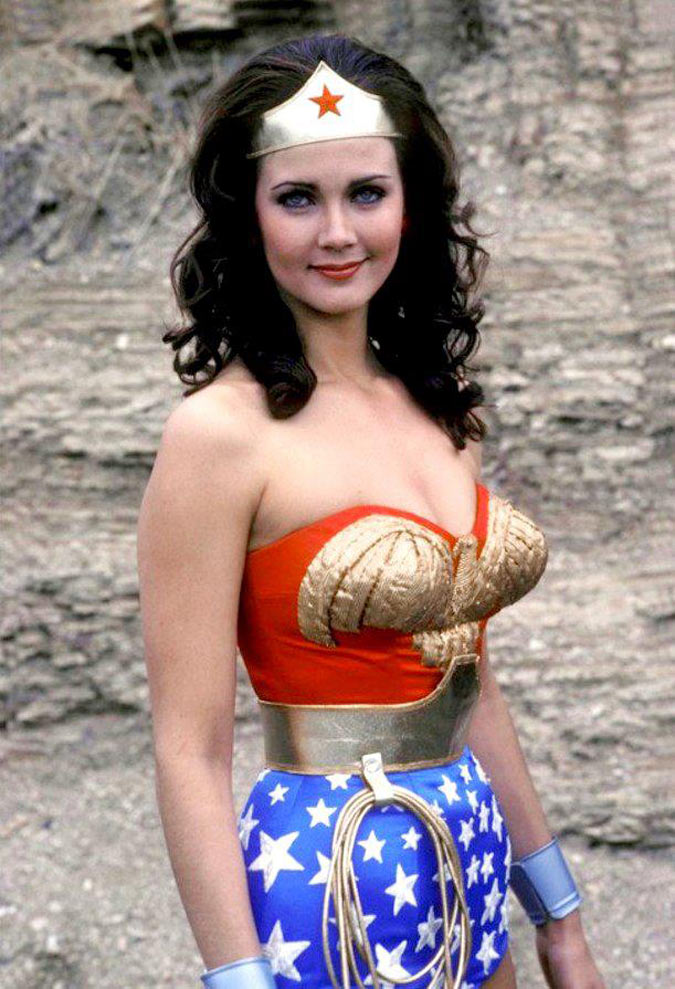 Hey, it was the 70s…and those who know, realize there was a lot to cover up back then. I’m not even sure if Brazilians knew what a Brazilian Wax was at that time. But, oh, the things she could do with her golden Rope of Truth! Be still my percolating prepubescence.

Funny enough, back when my brother and I were probably 6 and 7, I’m pretty sure we didn’t realize Miss Carter was sexy, but we sure did like Wonder Woman, almost as much as The Incredible Hulk. And I’m pretty positive if they had Wonder Woman Underoos available for boys, we would have suited up. 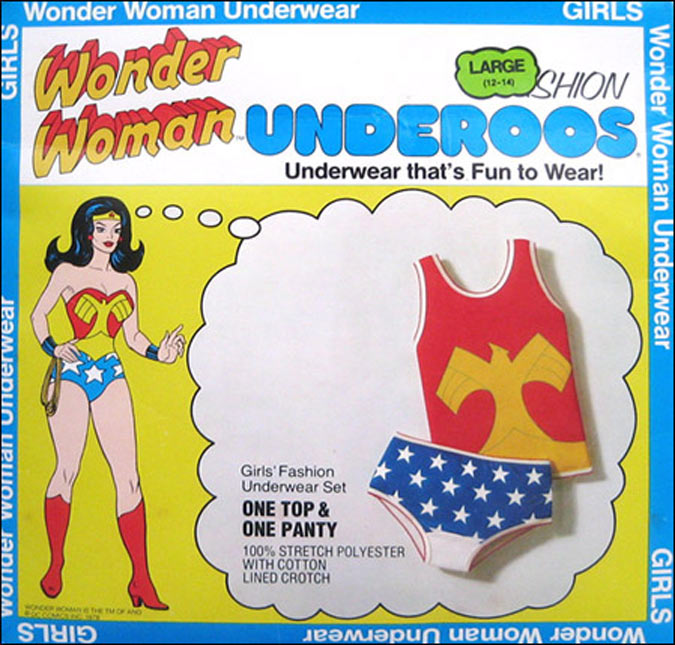 Now, I’m not saying the opening of the Wonder Woman TV series is perfect. However, if you wrapped me up with the Lasso of Truth…I would probably say it is.

APPARENTLY, IT’S NOT A WRAP–NEW MUMMY REBOOT ON THE WAY

Universal–the crypt keeper of classic horror flicks–is rebooting “The Mummy” franchise with a new flick set to unleash upon multiplexes April 22, 2016 with Andres Muschietti (“Mama”) at the helm.

The original trilogy saw Brendan Fraser star in three movies from 1999-2008, as well as a spin-off with The Rock, “The Scorpion King,” all of which combined for worldwide grosses totaling $1.4 billion.

Although no leads have been cast, Fraser returning to star in this installment is probably less likely than  seeing him do the troglodyte in “Encino Man 2.”

Here’s lookin’ at you Jimmy Castor:

Man, I wish someone would greenlight that. I mean, if we can’t get “Bill & Ted 3,” we should at least be appeased with a sequel to the quintessential “stoner” comedy of 1992, which is still Fraser’s best role to date. I’m pretty positive Pauly Shore wouldn’t mind wheezin’ da juice one last time, too.

BOOM! NOT EVEN THE END OF THE WORLD CAN STOP THOSE UNCANNY X-MEN

Break out the spandex and the sewing machines. Fox recently announced that “X-Men: Apocalypse” will hit theaters May 27, 2016. No word yet if Bryan Singer, who steers this summer’s upcoming “X-Men: Days of Future Past,” will be back in the director’s chair, but he’ll certainly be involved in some capacity as he also directed the first two “X-Men” flicks.

I’m down for that–certainly better than “Valkyrie 2: The Search Hitler’s Lederhosen” or “Jack and the Beanstalk 2: Hollywood & Vine.” Singer belongs in the X-Men universe.

“X-Men: Apocalypse” is definitely a dour title, although “Resident Evil” also used that same subtitle and ended up having another three films after it, so don’t go thinking it’s the end of the world for the X-Men series. Not if Fox has anything to say about it. Heck, only Marvel’s lawyers could take down the tentpole at this point.

Many fans have already pointed out that this could lead into an alternate Marvel universe that was part of Marvel’s “Age of Apocalypse” crossover comic book series from 2005-06. Apocalypse is also the name of a major X-Men villain, so the possibilities will no doubt be endlessly mutated online until we get the straight scoop.

Interestingly, the release of the sixth traditional X-Men film sets up a pretty massive showdown for Memorial Day Weekend 2016, as Disney recently staked out the same date for “Alice in Wonderland 2.” X-Men vs. Wonderland’s finest? Could we actually have two $100+M openings on the same weekend? Doubtful. But it’s still gonna be an epic box office battle.

Here’s hoping Hugh Jackman signs up for another tour of duty, which would be his eighth time playing Wolverine (included the “X-Men: First Class” cameo). And there’s also talk of another “Wolverine” picture, so there’s that. “I can’t quit you, Logan!”

CHOICE CUT OF THE WEEK: “HER” (Warner Bros.)

I’ll admit it: At any given moment, I love my cell phone more than anything in the world…but I wouldn’t want to marry it. Or…would I?

Spike Jonze explores love and technology and the forbidden love of technology in his first feature-length fiction film since 2009’s “Where the Wild Things Are,” yet much more reminiscent of the films that put the gonzo-curio on the map, like “Adaptation” and “Being John Malkovich.”

Scarlett Johansson voices the operating system and Joaquin Phoenix is the lovable loser who has more than just Candy Crush on his mind. The National Board of Review recently named “Her” the best film of 2013, so look for the unconventional rom-com to continue to be a dark horse Oscar contender.