Two very different box office beasts will be unleashed in theaters this weekend as the holiday season is in full swing again, after a minor post-Thanksgiving letdown.

The second chapter of Peter Jackson’s latest trilogy, “The Hobbit: The Desolation of Smaug,” will easily be king of the multiplex mountain, leading to a treasure trove of around $75+ million, as one of fandom’s favorites returns for another visual crusade for the ages.

Sure, it might not hit $84M (higher than all the “Lord of the Rings” films) like “An Unexpected Journey” debuted with last year, however that was likely more of a LOTR bump than anything else. Still, “Smaug,” like its predecessor, should warm up to $1 billion worldwide, as this franchise is built for a long run overseas.

The other film in the mix is Tyler Perry’s “A Madea Christmas.”  While many scoff at Perry’s fat-suit follies, the fact that every film he and Lionsgate have released with “Madea” in the title has debuted with $25+ million is no laughing matter.  Well, it is, but in a good way.

Perry’s present to his fans might be the equivalent of filmic fruitcake, but it’s likely worth about $31 million this weekend. And that’s the gift that keeps on giving for TP, as his films routinely cost around $20 million, assuring us all, for better or worse, that this won’t be the last we see of Madea and her madcap misadventures.

The real adventure though, for those willing to slog through the Orc-carnage, is “The Desolation of Smaug,” which despite not being truly faithful to J.R.R. Tolkien’s epic tome, plays even better than “An Unexpected Journey.”

Jackson and his fellow screenwriters add bits and pieces here and there from Tolkien lore, again luring audiences into a fantastical world of Middle Earth, on a scale that only Star Wars and Harry Potter have ever achieved. What Jackson seemingly effortlessly creates is pure cine-magic, transporting us to another world.

Make no mistake: Jackson is the master of modern day fantasy filmmaking. No one else is even close. He constructs a film in “Smaug” that not only explores the extremities of good and evil and seamlessly and brilliantly bridges the gaps of live-action and CGI, but makes two and  a half hours seem like thirty minutes.  That’s the work of a true cinematic sorcerer.

And while Gollum is noticeably missing, Smaug in on par with his digitally-conjured counterpart as one of the greatest CG creations of all-time. If only “Dragonheart” had this technology. Thankfully, Benedict Cumberbatch voices Smaug though; a much better choice than the crotchety Sean Connery.

Whether or not you like the genre shouldn’t be a deciding factor on seeing this; if you love film, go experience “The Desolation of Smaug.” And I don’t often say this, but see it in 3D, too. The juxtaposition of the actors against the massive scale of the backdrops is truly awesome and Jackson in one of the rare filmmakers who knows how to incorporate the technology as a valuable tool rather than a clunky obstacle.

There won’t be anything like “Smaug” in theaters again… until the trilogy concludes next winter with “There and Back Again.”  Can’t come soon enough. SPOILER ALERT:  Worst. Cliffhanger. Ever. And by worst, I actually mean best. But sort of like “Back to the Future II.” Of course we only had to wait six months for that series to wrap up, not a whole year.

Yes, even though “American Hustle” was nominated for a Golden Globe for Best Comedy/Musical, this is actually a crime drama, accompanied with a large dollop of Russell’s subversively biting humor.

Debuting in 6 venues in NY/LA before going wide next weekend, expect huge numbers upwards of $450k–$75k per theater, especially considering the $40 million production scored 7 Golden Globe nominations, tying it for the most with Fox Searchlight’s “12 Years a Slave.”

In 14 theaters, Tom Hanks and Emma Thompson unload an acting tour-de-force in the biopic of the making of “Mary Poppins.” And although it was practically snubbed out by the Golden Globes (it received an acting nod for Hanks’ portrayal of Walt Disney), it will warm plenty of hearts this holiday season.

Can’t say enough good things about this film, as Disney pulls the curtain back a bit on the highly secretive inner workings of the Mouse House, actually showing Uncle Walt drinking and smoking and being, like, a real person, for the first time ever, rather than the squeaky-clean icon they’ve transformed him into.

Refreshing to say the least, and truly charming performances all-around, especially Thompson, Hanks,  Paul Giamatti (as always), Bradley Whitford, and B.J. Novak and Jason Schwartzman as Disney’s musical geniuses, The Sherman Brothers.  I’ll even throw Colin Farrell in there…who does his best work in a long, long time. And maybe, just maybe, “Saving Mr. Banks” will help shed his dark legacy of being box office poison. Still, it’s nice to have a fall guy if it doesn’t succeed. With a budget of just $35M, this should be quite the jolly holiday for Disney.

Truth is, if you have a soft spot in your heart for “Mary Poppins,” you’ll absolutely adore this film. And I don’t use the word “adore” very much, if at all, so you know I’m serious about this. In fact, I typically loathe people who use “adore” to describe anything. Gives me the willies for some reason. I do have to admit that I listen to the “Mary Poppins” soundtrack quite often, though, so I’m a bit biased in that regard.

The earnest portrayal of Disney alone shows real growth for the Magic Kingdom in general, as the mighty Mouseketeers probably realize they don’t have to be quite so protective of their image anymore. Especially when you consider Disney is now synonymous with Marvel, and soon Star Wars and Indiana Jones, which aren’t exactly the kind of films you expect Tinkerbell to be dabbing with her magical pixie dust.  Disney’s growing up. Nice to see.

THERE IS JUST NO STOPPING THE CINEMAPOCALYPE OF 2015

By now, we all know the summer session of 2015 is jam-packed with elite-level blockbuster forces the likes audiences have never witnessed before, but that hasn’t stopped Hollywood– in this case Warner Bros.–from continuing to pack it well past theater capacity.

While the world needs another Peter Pan update as much as we need a “Jungle Book” reboot, like it or not, we’re getting both, as Disney has slated the Jon Favreau pic for Oct. 9, 2015.  The plus side about “Pan” is the fact that it comes from Wright, who directed two extremely solid films, “Atonement” and “Hanna,” so no doubt he’ll put an interesting spin on things. Still, I’m pretty sure nearly everyone will be going to “Ted 2” first, as that’s set to debut on the very same day.

“San Andreas,” like “Pan,” will be offered in glorious, glitzy and cash-grabbing 3D. I’m sure WB is hoping to do for terrestrial turbulence what they did for space in “Gravity,” making their earthquake epic a magnanimous marvel…although with The Rock as the star, I’m not sure that’s even possible.

Might be worth it to track down a theater that has D-BOX (shaky seats)–just make sure you don’t down a large Icee and supreme nachos unless you wanna go all 4D and view it in Up-Chuck-O-Rama. I wonder if that would classify as an Smell-O-Rama picture, too? Little known fact: Odorama was the “reel” deal. 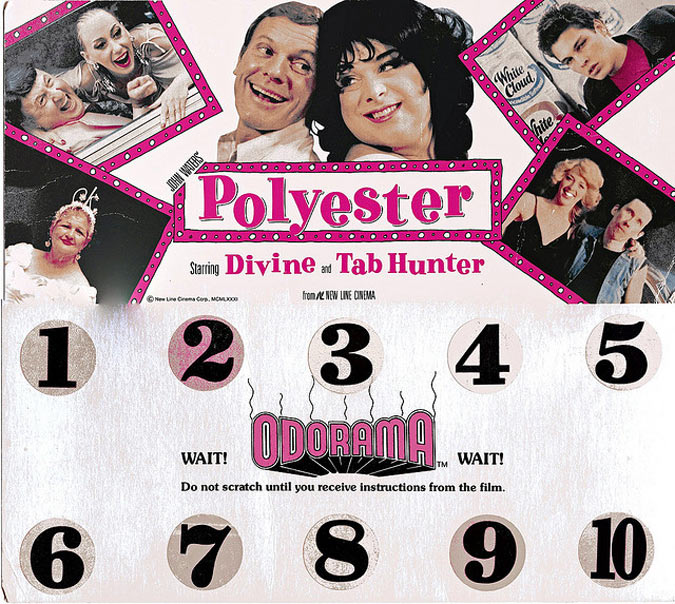 That didn’t take long, did it? Just one week after Universal announced it would be taking a “wait and see” approach for the seventh edition of the “Fast & Furious” franchise, Fox quickly pulled into its July 11, 2014 slot, making it their own. “Dawn of the Planet of the Apes” is now set for that date, moving up from the original roll out, July 18.

Mind you, Universal hasn’t officially moved “Fast & Furious 7” yet, but that hasn’t stopped rival studios from closing in on their territory, as it now seems pretty clear the studio won’t keep the July 11 release date in the wake of the Paul Walker tragedy. At least, Fox and Warner Bros. hope that’s the case.

…the rules are…there are no rules.

You know what audiences just can’t say ‘no’ to? Massive monsters, epically destroying civilization as we know it. They just can’t. Wait? What’s that you say? “Pacific Rim?” Never heard of it.

Ok, so they went out on a limb last summer with the Manga-opus that was Guierrmo Del Toro’s golden ticket. Sure, it didn’t exactly destroy box office records as promised, but I think everyone learned their lesson: Less is more. I believe Godard said that. Or was it Michael Bay?

Looks like Warner Bros. is going the “Cloverfield” route with the marketing on “Godzilla.” Good choice.

After “Cloud Atlas,” I think many people wondered if The Wachowski Starship had made their last big-budget sci-fi film. Nope. Hey, believe it or not, that film made $130 million worldwide, however just $27 million in the US.

Yes, even after “Speed Racer,” Warner Bros. is sticking with the duo through thick, and mostly thin. Channing Tatum stars and will attempt to bring some much-needed box office bulk.  Hopefully it will be enough, otherwise it may be back to the drawing board for the siblings…and by drawing board…I mean a “Matrix” reboot.