Celeb Sundae – Serving The Dish Since 2012

The week brought us some stylish beginnings – and some fashionable ends.

Brangelina is over. The couple that sold countless celebrity weeklies and dominated headlines for over a decade called it quits with Mrs. Pitt filing divorce papers. We were all blindsided but completely entertained by all of the wonderful memes the social media world has been turning out.

It didn’t take long for the rumor mill to start churning following news of Brad and Angelina’s split. Among them, were rumors that the actor was seeing costar Marion Cotilard. The French actress is said to be devastated by the allegations, but if it were true wouldn’t that just be karma?

Model Bella Hadid wiped out during the Marc Jacobs fashion show in New York last week and the though the pictures are great, the look on everyone’s faces in the front row was priceless.

Jimmy Fallon invited presidential nominee Donald Trump on his show and got to run his fingers through the most famous comb over of all. In case you were wondering, it’s not a toupee after all.

So what did it feel like? The late night talk show host gave full details on a  recent night out.

Mel Gibson is set to be a dad once again. The 60-year-old actor is expecting a baby with his 26-year-old girlfriend Rosalind Ross early next year.

If you were worried, Tom Hiddleston seems to be getting along just fine without Taylor Swift. The actor was spotted getting “flirty’’ with actress Priyanka Chopra at a post-Emmy’s party.

This year’s Emmy Awards delivered the usual parade of red carpet flash and some funny moments. The funniest of which had to be Matt Damon crashing the stage to rub in host Jimmy Kimmel’s Emmy loss.  We hope the Damon-Kimmel Feud goes on forever.

Kim Kardashian has been spotted around NYC this summer in one braless top after another. The reality star addressed her choice to ditch the bra recently on social media saying “I just don’t GAF, LOL.” We don’t either. 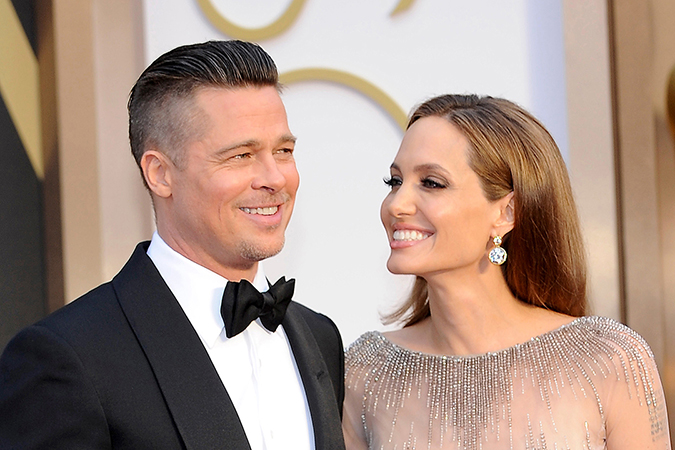