Caustic Casanova is a rock band; a really loud, really real rock band with interesting influences, making interesting noises. I was able to sit down with them prior to a show (review follows) at Reverie Café & Bar in Minneapolis on a stormy Wednesday evening. We probably could have just spent our time talking about food, and quoting Kindergarten Cop, but luckily for you we touched on other subjects like music, touring, and digestive health. 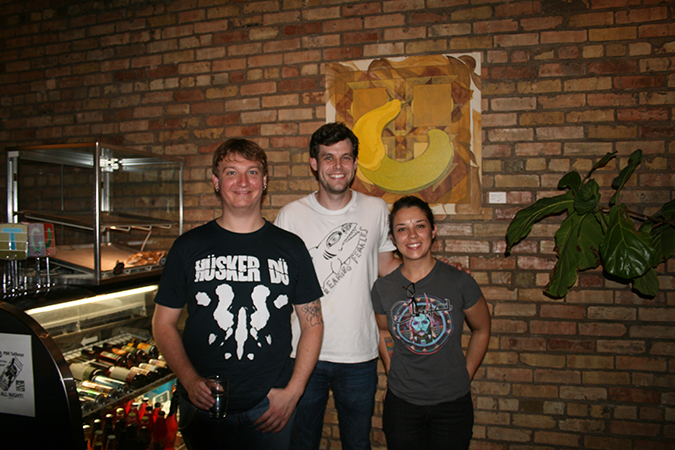 Chad Werner: I’m just going to launch into it. Anyone can answer. What is your earliest musical memory?

Andrew Yonki (guitar): My first favorite song I can remember being two maybe three years old walking around my parents’ house singing the chorus to “Satisfaction” by the Rolling Stones. First favorite song ever.

Stefani Zaenker (drums/vox): Put on the spot, the first that I remember is being in fourth grade in the recorder club, and we did a performance of “Oh Shenandoah” to a room full of parent who didn’t really want to be there. I had a really good time, and I was really good at the recorder!

Francis Beringer (bass/vox): The memory that I can remember where I became interested in music, in playing music, and being obsessed with music was when I was a sophomore in high school I saw AC/DC playing something on Saturday Night Live. That was the first time something went off in my brain, “I LOVE this”. 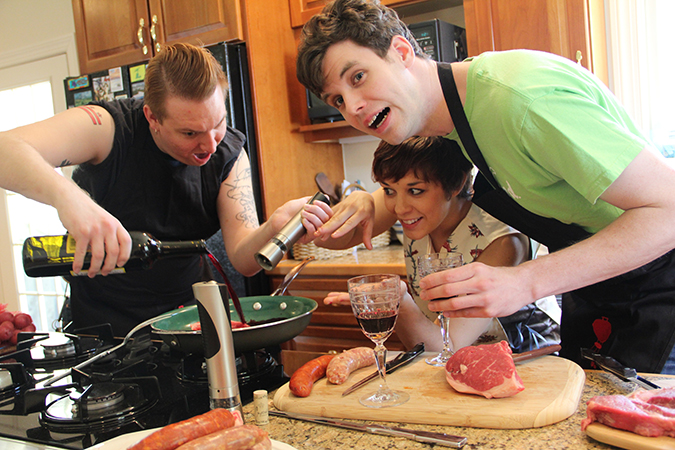 CW: AC/DC, the Rolling Stones, and a recorder. That’s a band right there. Anyone want to have a go at the most embarrassing musical moment?

AY: Yeeees! I have many embarrassing musical moments. My first attempt at performance when I was in fifth grade is up there. I was eleven years old, and my homeroom teacher conned me into getting in front of my fifth grade class. That’s a hundred kids and teachers, and I didn’t know to play anything. I got up there with my starter electric guitar, just staring at everybody like a deer in headlights. It was horrifying, but it meant that when I later performed dressed as Ginger from Gilligan’s Island with my old punk band, and my dress fell off, I had already stared death in the face. Losing my dress was no big deal.

CW: Moving on, what do you like/dislike about touring?

SZ: I think I can speak for all three of us, and say getting to try different regional cuisines. We always make it point to try to have one really cool meal in each city. We don’t always have time, but we all love food, and trying different kinds of food. We do like touring. If you are crazy enough to embark on a ten week tour, you have to like it, and we do.

AY: As far as dislikes, just like the constantly changing locations, and you don’t always have the ability to eat as well as you should. It messes with your digestive tract. We spend a lot of money on Metamucil.

FB: We are the lamest band ever.

AY: I asked Francis just today, “Hey man, you got any of that sweet orange?” [into microphone] “Sweet orange” is Metamucil, mom.

CW: I really like your latest album, Breaks, and I hear, you know, Rush, Melvins, Queens of the Stone Age, Fugazi, but what is it?

SZ: We call it Heavy Eclectic Rock. That’s kind of a lame way to describe it, but…

FB: That’s sort of the reaction we are going for… What is this? Every time someone asks that is like a job well done on our part. I have no interest in sounding like other bands.

CW: It certainly isn’t boring. It keeps you on your toes. Once you think you have the sound figured out, something else happens. I even hear 90s noise pop in there like Fig Dish, Overwhelming Colorfast, Sugar…

CW: My favorite song on Breaks is “Quezalteca Death Switch Blues”. That one is just bananas.

FB: We had that one mixed a little differently with more guitars. I’m always pushing for a more Rush-y mix with all three instruments equal, but that one we really pushed the guitars to the front.

AY: That’s a tone that use only occasionally at that tempo, but when we started writing that one I could hear it being I could definitely hear it being this big, round, fuzzy tone.

CW: Going back to the beginning, the band started in Williamsburg, VA, right? 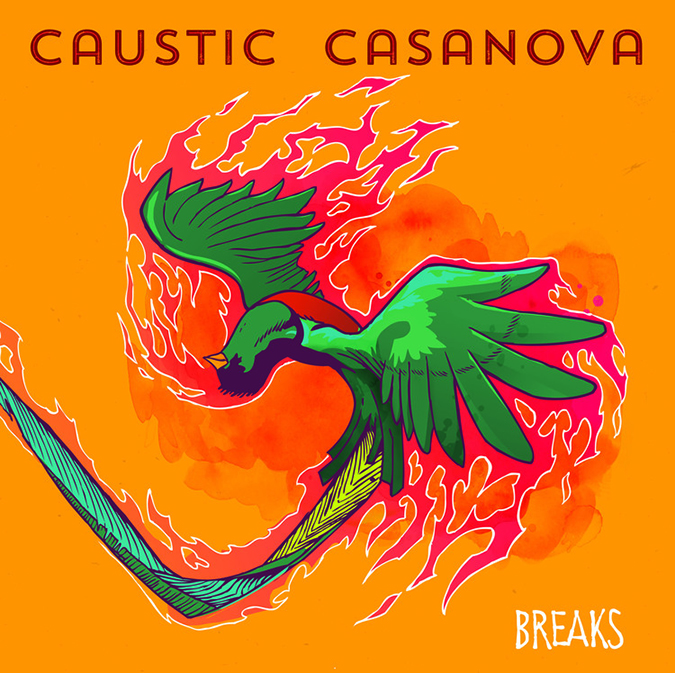 CW: My wife and I honeymooned there. The Cheese Shop? We must have went there three times that week.

SZ: Oh yeah, I used to go there all the time.

SZ: I would always get the salami and cheese with the house sauce. You can get the bread ends with the sauce for a dollar. I love sandwiches, so I spent a lot of time at The Cheese Shop.

A great writer once said that, “once sandwiches come up, it is time to end the interview” (no one has ever said that), so I was ready for a show. To read the review, click here. 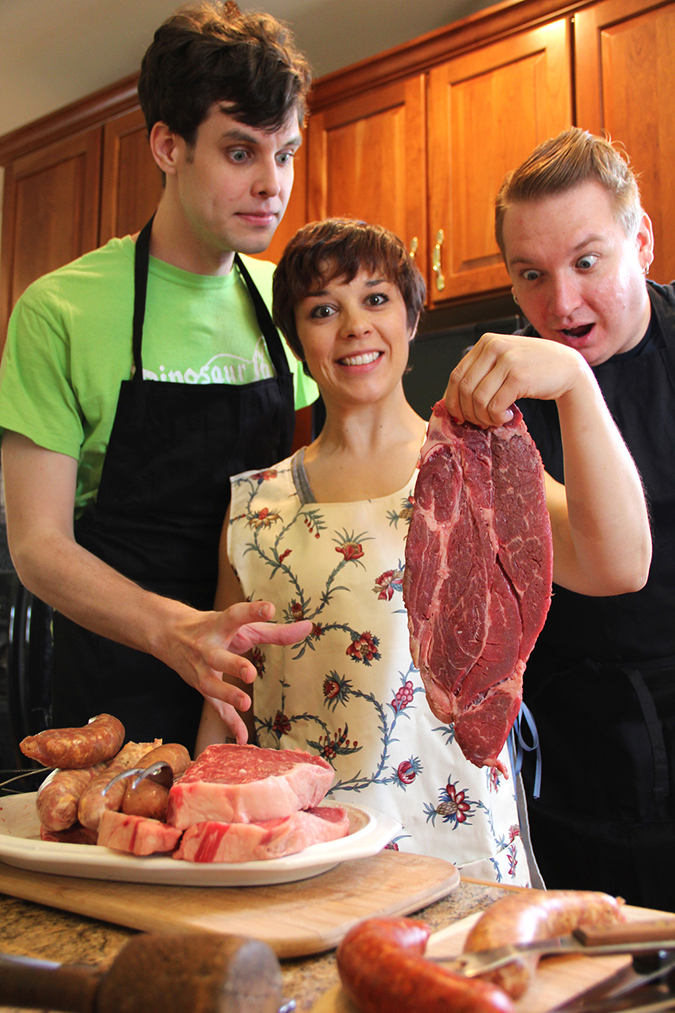 Breaks and other albums are available on iTunes, Amazon, GooglePlay, their own site, and the damn merch table at a show. Get out there, and support live music!