Her name may sound heavy, but Brix is the name of a singer/songwriter who captured our attention because of her light, honeyed voice.

The artist’s latest EP, Broken Vessel, is a five-song tribute to her father who passed away from cancer.

Her cover of No Doubt’s “Just A Girl” was featured in the trailer of Disney’s The Nutcracker and the Four Realms, and is just one stand-out amongst her other slow-tempoed tunes.

Below, Brix tells us a little about herself and her journey as singer, songwriter, and performer.

HOMETOWN: Grew up in Tarrytown until I was 12, then moved to a tiny town in snowy northern Michigan called Petoskey.

This question made me me laugh because I instantly thought of the first “hit” song I ever wrote.  I was seven and heartbroken over a fight with a best friend. Our fight bore the kind of weight only a seven-year-old fathoms; devastated, I wrote my first song completely in my head and memorized it, permanently etching it upon my brainstem.  I then did what any seven year old songwriter would do and proceeded to sing it to her over our family rotary phone, holding it like a microphone. I’ll always remember those not-so-brilliant words and melody, as well as my heartfelt performance over the landlines that day. To my credit, the song did have a pop structure, complete with verses, choruses, and counter melodies for my imaginary back up singers, of course.  It was called “I Thought I Had a Friend,” and some of the lyrics went as follows:

To this day I still don’t remember what it was I did.

My early twenties were spent dating older men, whom I really had no business dating, and who always thought they knew better than I.  I had a residency at a bar in the Lower East Side and my then-boyfriend used to tell people, while I was playing, that he wrote all my songs!  And this was absolutely not true.  Writing was my favorite part of this whole music thing, and to have someone try to take credit for that was mind-boggling. I remember one night, during a show at Rockwood, we had plans to sing a song together that we had written TOGETHER.  I called him up on stage (as planned and discussed) and he started having very uncomfortable banter with me, almost making me beg to get him on stage with me. I was absolutely mortified, and I think so was the audience. It still took me a year to break up with him; things came a little bit slower for me in my twenties. There are so many incredible artists, collaborators, and co-writers out there to work with. And looking back, I wish I could have told myself that.  True artists and writers never try and take credit for collaborative work. It’s a dance you do together, and creative input isn’t measured by the number of lyrics you write or melodies you come up with. You never know if one tiny lyric you uttered ended up sending someone else on a journey in their head for the next verse. When you are in a room together, that space is sacred and it should be about giving. The best songs are written that way. Creative input should never be held as collateral.

I’ve never been on tour. (Well, unless you count the one time I followed this band to a couple cities my freshman year of college).  If the opportunity presents itself to tour, then I would love to have that experience. Honestly, for me, writing the songs and creating meaningful art to go along with them is the most fulfilling. I have a bit of a love-hate relationship with performing.

Record World, in Petoskey, Michigan, which is now unfortunately closed. Shout out to Larry, for bringing good music and culture to the small town of Petoskey. This is where I bought some of my favorite CDs like the soundtrack to “Go,” Bush’s “The Science Of Things,” Sarah McLachlan’s “Surfacing,” and my first two posters of No Doubt and Eminem in 8 Mile.  I also loved Music Makers, where I would buy the sheet music for my favorite pop songs like “Foolish Games” by Jewel and Coldplay’s “Rush of Blood to the Head.” I remember being so excited to open up the crisp pages of the book and sit at my piano and learn the songs. There was no iTunes or Spotify, you had to work for your music. If you wanted to hear a song, you bought it, or you called your local radio station, requested it and waited until they played it.  Shout out to Tad Garber and106 KHQ!

I would say hands down the biggest influence I had growing up was Alanis Morissette’s “Jagged  Little Pill” record.  Yes, I was only nine years old when that record came out, and I really didn’t understand half of what she was saying, but I still remember that what she was emoting felt real.  It was raw; it was the truth. And I still carry that with me as the most important thing about writing —telling the truth. Even if I didn’t get all of her lyrics, I knew she had something to say, and that it needed to be said, and it was powerful.  I blasted that CD on repeat. It’s one of those influential records you ended up burning into your being, that, to this day, you know which track comes next on the album. I recently saw the musical, “Jagged Little Pill” (shout out to my good friend Laurel Harris who kicks ass in it).  It was so nostalgic to hear these songs again, it was an emotional trip as an audience member. Every cut on this album is ingrained in my soul. What was even more exciting was watching a story unfold from them that didn’t exist before, yet seemed like the reason they were written.  And suddenly a song that meant one thing takes on a whole new meaning when verses become dialogue between two people.

It’s a toss up between my two good friends Laura Beck and Stephanie DiTullio. Sorry, Meg Schmidt, I feel like you’d judge me a tiny, tiny bit?  Laura because she’s responsible. (At least now she is, although we did one time end up in a restaurant after hours in Paris at 19 as the owners fired up the grill, poured us too many whiskies, and cooked us their finest meal at 4AM).  And because she loves to problem solve. She’d help me find my way home and then go into detective mode to help piece together the mysterious 96 hours lost. Stephanie DiTullio, because I know she accepts me for who I am, unconditionally. There’d be no judgements, no questions asked, as, I should also mention, she’s probably been there, done that. Or let’s be real, she may be waking up right next to me, trying to piece together the timeline as well. 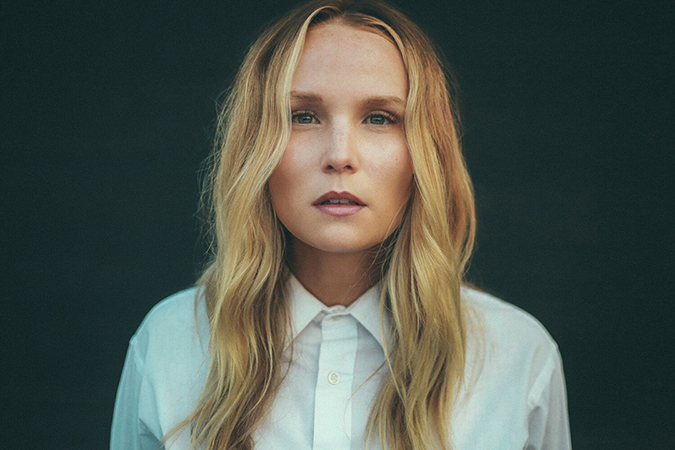