I  heard from Rose Servitova when I published a review of The Making of Jane Austen by Devoney Looser.  She then sent me a copy of her Jane Austen-inspired book, an epistolary novel called The Longbourn Letters.  An email correspondence followed, and Ms. Servitova kindly agreed to answer some questions for NewsWhistle so our readers could learn a little more about her work.  Here’s what we talked about: 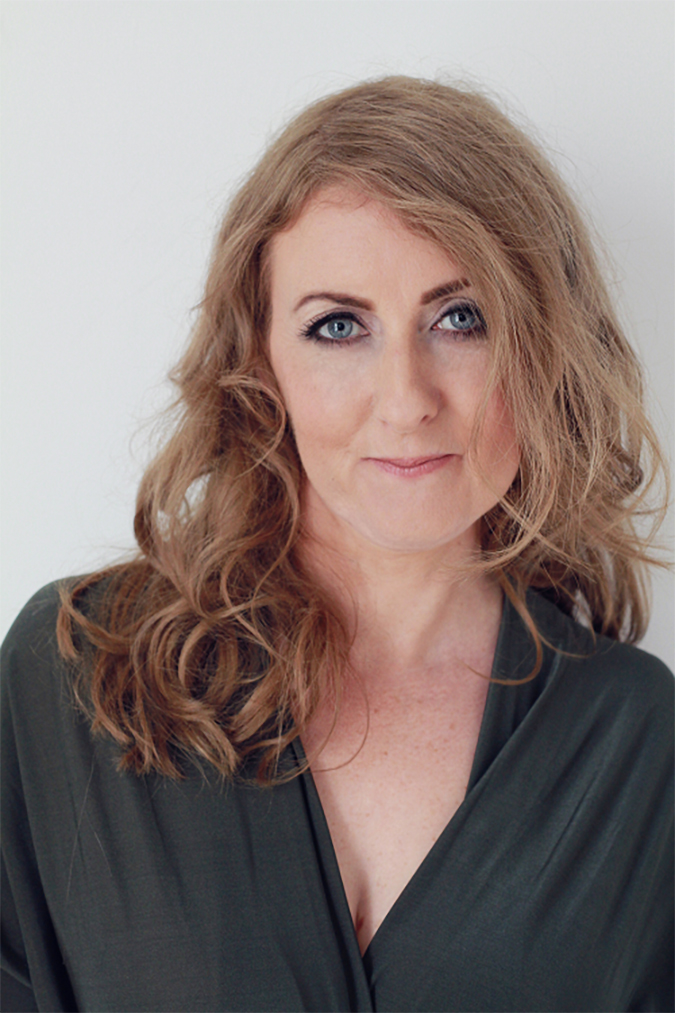 Hometown & current town: I live in Limerick, Ireland, where writers Kate O’Brien and Frank McCourt, as well as actor Richard Harris, hailed from.

I enjoyed reading your novel…what has been its reception so far?  Do readers, librarians, and reviewers like it?

I’ve been so blessed. It was my debut novel, so I was terrified that only my mother would read it but the wonderful reviews for The Longbourn Letters just kept coming in. The most nerve-wracking one was right at the start, a review from the Jane Austen Regency World Magazine. I knew if it was approved of by my fellow Janeites, then I need not hang my head in shame. Thankfully they loved it, calling it “…a glorious epistolary novel that mixes laugh-out-loud hilariousness with serious social comment and often quite touching sentiment.” Since publication, I’ve been invited to talk at literary festivals, libraries, and book clubs. The icing on the cake for me is being invited to read/talk at the Jane Austen Festival in Bath this September. I constantly get asked whether it’s been optioned yet — that it would make a great screen adaptation, play or radio play — so who knows what may yet become of Mr. Collins and Mr. Bennet?

Most Jane Austen-inspired fiction falls into the romance category; your novel isn’t that, it’s a story of friendship, specifically male friendship, which is a bit unusual and somewhat removed from its source material. Where did that idea come from?

I loved the idea of the relationship between Mr. Collins and Mr. Bennet — it’s a hugely important one, although rarely dwelt on in Pride and Prejudice. Mr. Collins will inherit Mr. Bennet’s estate, he attempts to become his son-in-law and as marriages take place, their ties increase through relations at Lucas Lodge, Pemberley, and Rosings. Four letters (written over a one-year period) exist between the men in Austen’s Pride and Prejudice, so we know they communicate regularly (although Mr. Bennet is a reluctant correspondent) and yet he claims to Elizabeth that he “would not give up Mr. Collins’s correspondence for any consideration.” I wanted to discover if, as the years rolled by, Mr. Bennet could tolerate his ridiculous cousin more and what shenanigans their letters may contain. It has been called a bromance rather than a romance.

Readers of the original novel can find much to dislike about your protagonists. Mr. Collins is pompous and awkward, harsh in judgement, sycophantic, and would undoubtedly have been an awful match for Elizabeth (let’s hope Charlotte was truly happy with him in the end).  Mr. Bennet, although extremely funny, is rather a terrible husband and father in many ways, purposely needling his wife, emotionally distant, neglectful of his responsibilities towards his daughters.  But they both come across rather sympathetically in your novel, and I appreciate the generosity of spirit that must have inspired that.  After immersing yourself in Pride and Prejudice to explore the future for the characters, did you end up with any other somewhat contrarian judgments?

Austen was credited with writing novels of social realism. Hers were flawed characters – her heroines and heroes are far from perfect and her minor characters are amongst the most interesting in fiction. Sir Walter Scott said “that young lady had a talent for describing the involvements and feelings and characters of ordinary life which is to me, the most wonderful I ever met with.” I love that her characters are true to life and who, I ask, is not a mixture of good and bad traits? Time and life experience, however, can alter people, even slightly. Mr. Collins was never going to become more intelligent in The Longbourn Letters but he might, after a series of unfortunate experiences, become more humble, and Mr. Bennet was never going to become less cynical but he too, as a result of time and circumstances, may become more empathic. Lady Catherine de Bourgh revealed herself as an incredibly independent and formidable woman and I observed Anne de Bourgh and Mary Bennet from a slightly different angle which gives us greater insight into their personalities, as I see them.

What will you be (or are you already) working on next?

What I’m working on at the moment is completing Jane Austen’s unfinished work The Watsons.  At the time she commenced it, she was quite unhappy in Bath and going through what experts referred to as an unproductive period. The subject matter of The Watsons was seen as too close to her own situation — two sisters facing financial destitution on the death of their clergyman father. She put the five chapters she had written aside, never to return to it.

I will look forward to that one!  When you are not writing, you work as a job coach for people with special needs, so your Amazon bio informs me.  Can you tell us a little bit about that work?  Does it inform your writing in any way, or are they two entirely
separate facets of your life?

In a practical sense, my work as a job coach for people with special needs is completely different from the creative process of writing fiction. I wear my organizer’s hat, I interact with people all day long and I project-manage. When I write (in the evenings when the kids are in bed) I have to find quiet time away from people, let my mind wander and trust, i.e., let go of trying to control results. They are very different processes and yet, I believe, that being empathic, which is why I work in a caring profession, makes me a better writer.

Obviously, Jane Austen is an inspiration to you.  What other authors have influenced your work?

If you could have everyone in the English-speaking world read one book, what would it be?

Midnight in the Garden of Good and Evil, by John Berendt, because it is a very well written, quirky, true story with incredibly bizarre characters who are funnier and stranger than any characters that could possibly be made up.

What are your five “desert island” books?

Are there any books you are supposed to like that you just don’t?

I have traveled extensively to the most far-flung places on earth and I’m interested in what we learn about ourselves and others as a result of traveling. I was so, so, so looking forward to reading Wild by Cheryl Strayed and it broke my melt (as we say in these parts). I was expecting another Eat, Pray, Love by Elizabeth Gilbert, which I adored but alas, it was not to be.

What (besides your own) is your favorite Jane Austen adaption or continuation, movie, book, or other?

I think I find something delightful in them all–Sense & Sensibility 1995 (Emma Thompson’s screenplay and directed by Ang Lee) was a very clever work. It remained true to Austen, was very funny and had a great Colonel Brandon, Mrs. Jennings, and Sir John, in particular. I discovered the 1995 Persuasion (BBC) only recently–it was magnificent. Whit Stillman’s Love & Friendship made a great job of Austen’s lesser known work and Tom Bennett is hilarious as Sir James Martin, possibly some of the funniest lines and best acting from any movie, I’ve ever seen. Billie Piper (Mansfield Park) and Rupert Penry-Jones (Persuasion) were excellent casting decisions but the big question facing all Pride & Prejudice lovers is, which do you love more: the BBC 1995 series or the 2005 movie starring Kiera Knightley? For me 1995 wins on most fronts, but I do love the earthiness of the 2005 movie together with the clever interpretation of Darcy as vulnerable, Charlotte Lucas as making the best of her lot, and Mr. Collins as having a slight tendency for Freudian slips.

What is your favorite movie?

What is the best advice you have received?

About life–anything that makes me stay present, in my body and not overwhelmed with worry.

About writing –Anne Lamott’s book Bird by Bird has incredible advice for writers told in the most hilarious way.

What is something most people don’t know about you?

That I’ve a hearing impairment and am just recently fitted with two hearing aids.

Just give an extra hug to any loved ones who are no longer with me. And I’d give a huge hug to myself as a child, she really didn’t like herself very much. I’d tell her she is great and that everything would turn out just fine.

I don’t know why I do it but every morning on my way to work, I wave at Kate O’Brien’s (author) former home in Limerick. It’s a lovely red-brick Victorian building that does not benefit one-bit from my waving at it but still, I’ve started it now, I may as well continue.

It can’t hurt anything!  Last, but not least, is there anything else you’d like to pitch, promote, or discuss?

Thank you for your time. We’ll look forward to your next project!