We thought it might be interesting to check in with Abdul Fattah Ismail to see what he’s been up to with his poetry, and he’s always good company…so he kindly met me at a crowded Irish bar in midtown on a recent Thursday evening. He wore a hat, which is, he explained, helpful in getting the attention of an overworked bartender, and snazzy red boots. We were both on our way to other events, but we did get the bartender’s attention (whether or not the hat was responsible, we can’t say), had a drink, and with just a little time to catch up, he was able to fill me in on what he’s been up to since we last got together. Here’s what we talked about:

So, when we last discussed your poetry, your book had come out pretty recently…lately you’ve been adding material to your website…what is new and going on now?

I’ve been doing activated performances of my poetry with musicians and DJs. We’re transcribing words into sound, and adding instrumental music. Every performance is different. We usually do 12 or 13 poems, and it’s about an hour and fifteen minutes, or maybe ninety minutes for the performance.

So have you set your poetry to melodies, or is it all improvisational?

It’s improvisational. I’ve done repeated pieces with different musicians, different instruments, so each performance is unique, although there are certain constants. I’ve worked with some amazing musicians…Luisa Bastidas on violin (2017 Latin Grammy)  and Melanie Charles on the flute (2017 Grammy nominee contributor for Gorillaz)—we plan to work together some more. Also, DJ Nina Azucar.

Are you performing the poetry from your book, Extended Syllables?

Yes, and I’ve also introduced some new material. My two latest poems are “The Finger” and “a physical image and representation of an actual loving, tenacious human.”

Are you going to do another volume of poems?

For 2018, I plan to focus on more product development, ranging from an audiobook (currently in deep post-production) along with videos tributing my poems on Brooklyn, Queens, the Bay Area, and LA.

A print book redesign is also in the works and should be completed next month.  I also have enough poems to produce an original album or smaller EPs. I’m trynta do it all.

I want to produce three reading performances, and they will be more theatrical, offbeat and conceptual with dancers, singer-songwriters, musicians, etc.  The first one is slated in March centered on Women’s History Month.

Since you are combining your poetry with music, are you going to start composing songs, or song lyrics?

For one of my recent poems, which I was writing thinking about the #MeToo movement and all of the people telling their stories of abuse, I was thinking of “How Do You Sleep?” by John Lennon.

It’s been very emotional, hearing all of these stories, some of them even from people I know. I think it’s important to hear all of their voices, but it is also very difficult and very painful to hear these stories.

I know what you mean.

It’s interesting that you were channeling John Lennon a bit…he had his own history of abuse. Then again, we humans are pretty complicated.

I know that he has a complicated legacy, but that’s what I was thinking with “The Finger.” Sexual abuse is so complex in its levels of infuriation, and anger is the healthiest response to it from all sides. Those feelings were in my head as I was writing.

It’s appropriate for these times, I think.

On a happier note, I hope I can make it to one of your shows! 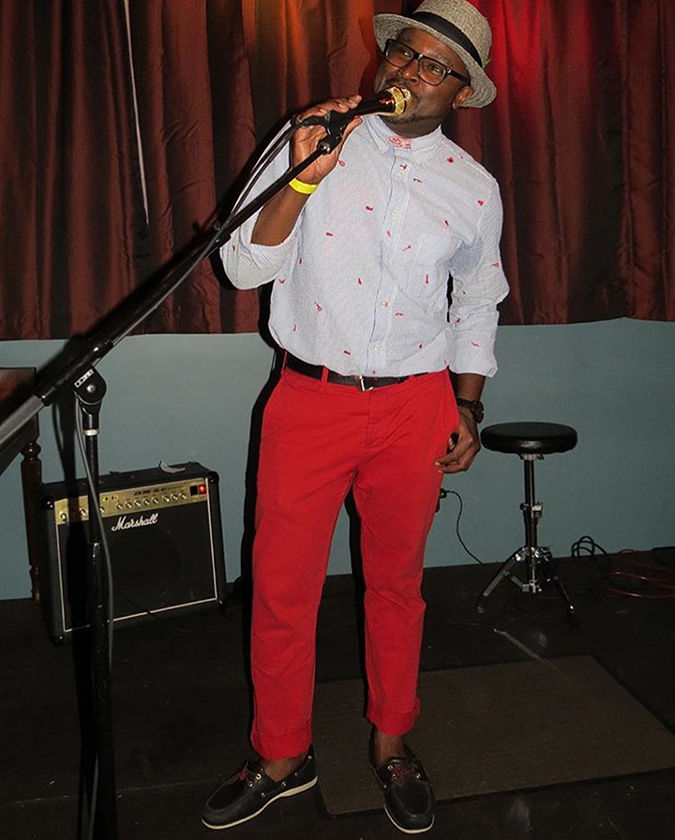