It’s shaping up to be one very steamy summer indeed.

Rihanna and Drake were spotted leaving Tape club in London together. This was the fourth consecutive night out for the former couple. Dizzy gushed about RiRi recently saying she was “the most beautiful, talented woman he’s ever seen.’’ If you’ve ever watched these two perform together all we can say is they “work, work, work, work.’’

Partygoers were spotted frolicking on the beach, snapping photos, jumping on each other and having a grand ol’ time. The whole thing looked like an American Eagle ad. It’s enough to make anyone choke on their hot dog.

Chestnut’s eight-year winning streak was broken last year by Matt “Megaton’’ Stonie. But the California native came back swinging this year, furiously dunking the dogs and buns into water and sliding them down his throat to take the $40,000 prize and title.

Not a bad days work for some.

Johnny Depp should have learned his lesson after Winona Ryder.  The actor who once famously had his “Winona Forever’’ tattoo changed to “Wino Forever’’ recently had some ink over his knuckles changed from “Slim’’ (believed to be a reference to his ex Amber Heard) to “Scum’.’ Ever hear of friendship bracelets?

In other ugly breakup news… Iggy Azalea returned her $500K rock to fiance Nick Young and called off the engagement. The Aussie rapper proceeded to release tweets that claimed Nick had fathered a child with a woman in the home she shared with the Laker star. After dropping half a mil on the ring, Nick may not have wanted to spent the $85 per night at a Holiday Inn.

Lady Gaga got her drivers license at the ripe old age of 30. How exactly she plans to use the brake while wearing 12 inch plats is beyond us. Be careful out there.

Tom Holland was seen live on set in Atlanta, Georgia, as Spiderman. The 20-year-old actor was spotted doing many of his own stunts — as temps reached 100 degrees that day! After seeing the photos of Holland making, er, adjustments to his costume you can only hope they put some sort of cooling device in there for him. 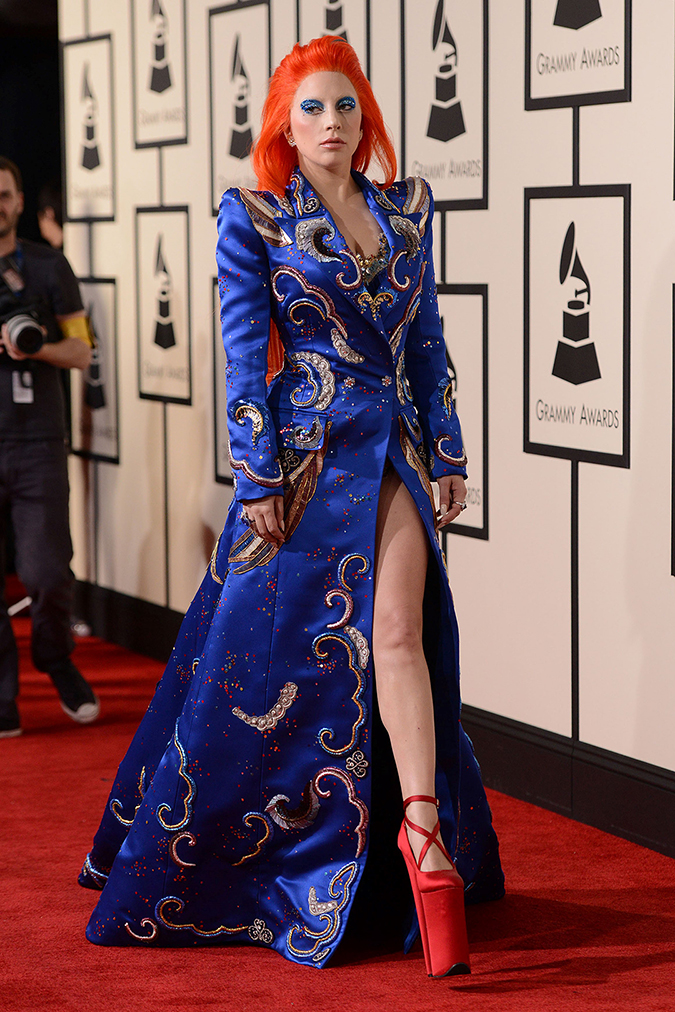