So begins the unofficial start of summer. Already things have heated up with Johnny Depp and estranged wife Amber Heard filing for divorce. The rest of the celebrity world seemed to be either enjoying the beach, meeting the Pope, or just acting silly.

Pope Francis met with George Clooney, Selma Hayek, and Richard Gere, giving them an award for becoming ambassadors for Scholes Occurrentes, an arts organization started by the pontiff. As this is a feel-good story — and one that benefits children — we won’t make a joke that suggests Pope Francis has not seen Hail, Caesar!, Grown Ups 2, or Movie 43.

David Letterman proved he is still the coolest person in the world, joking he was schnookered at the Indy 500. Must be nice to be retired!

Rihanna was spotted out in NYC going to dinner with Naomi Campbell… in what appears to be my Mothers muumuu. Who knew Versace made one? Mom got hers at Walmart.

The apple doesn’t fall far from the tree. Kate Hudson and mom Goldie Hawn have fun and look fabulous in Hawaii on a mother-daughter vacation.

“Liam Hemsworth Refuses to Read Anything About His Relationship with Miley Cyrus.” So do we.

THE CHERRY ON TOP

Amber Heard and Johnny Depp call it quits. Heard accused the Pirates of the Caribbean star of of spousal abuse, which resulted in Depp’s previous ex-wife Vanessa Paradis penning a letter in defense of her ex-husband. 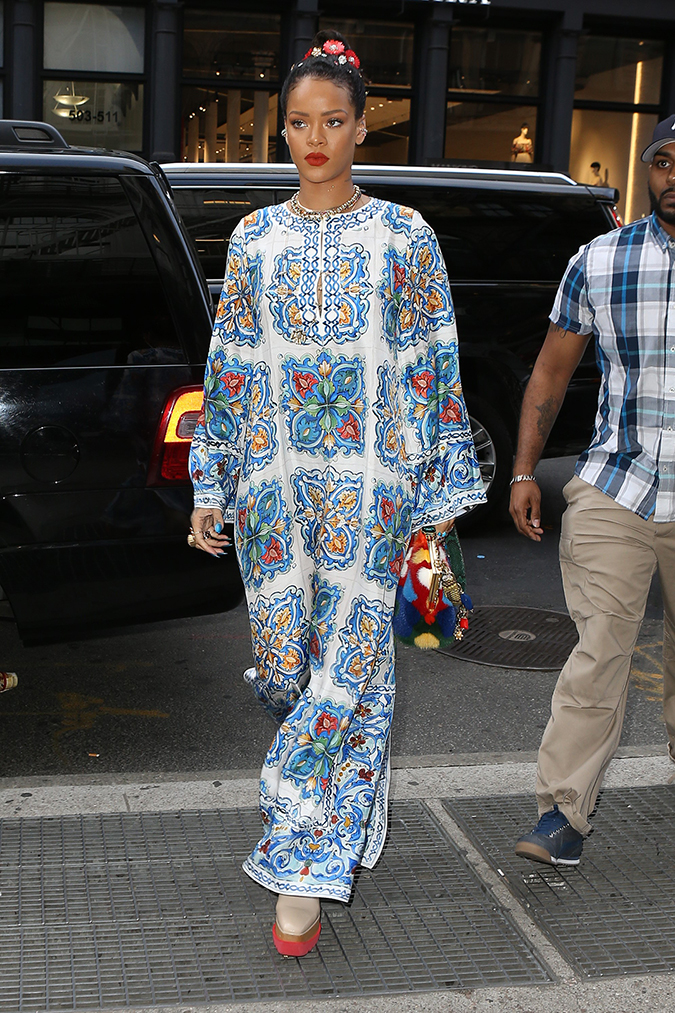