Brad Pitt and Angelina are still divorcing, but we do have some uplifting celebrity news and plenty of eye candy to offer you this week. So sit back, relax, and enjoy our latest Celeb Sundae.

Brangelina divorce drama continued to take center stage in the celebrity news world this week. Thankfully, we have comedian Chelsea Handler to just put everything in perspective for us.  “He could have been spending the last 12 years at Lake Como hanging out with George Clooney and Matt Damon,’’ she said, “ instead of being stuck in a house with 85 kids speaking 15 different languages.”

Prince William and the Duchess of Cambridge have kicked off their Royal Tour of Canada and really the only thing anyone seems concerned with is who and what she is wearing so here you go.

Katy Perry stripped down to deliver a message on the importance voting.

Sure enough, everyone heard her loud and clear. We wonder if boyfriend Orlando Bloom wanted to get in on the action as well or if he just figured, “Why? Everyone has seen it all already.”

Justin Bieber was partying it up at a German nightclub recently when a bit of a shoving match erupted and bottles started being thrown around. One guy landed his hands on Bieber and the Canadian pop star was rescued by a pretty girl in a beer maid costume. Some guys have all the luck.

We are huge fans of Zach Galifianakis’ “Between Two Ferns’’ skit. And watching him make Hillary Clinton uncomfortable is beyond entertaining. Not to be missed.

David Beckham doing pushups on top of a piano clad only in his underpants. Because why not?

Tom Brady continues to serve out his NFL suspension in Italy, soaking up the sun alongside supermodel wife Gisele Bundchen. We realize all you really want to see are hot Gisele photos, so here you go, in a string thong bikini no less.

Oh, and for the rest of you, Tom sunning himself naked, yes, you read that right.

Gigi Hadid gets manhandled outside of Milan Fashion Week by celebrity prankster Vitalii Sediuk. The top model landed some elbows before Sediuk ran off. Hasn’t anyone ever told this guy you can look at the pretty girls but not ever touch? 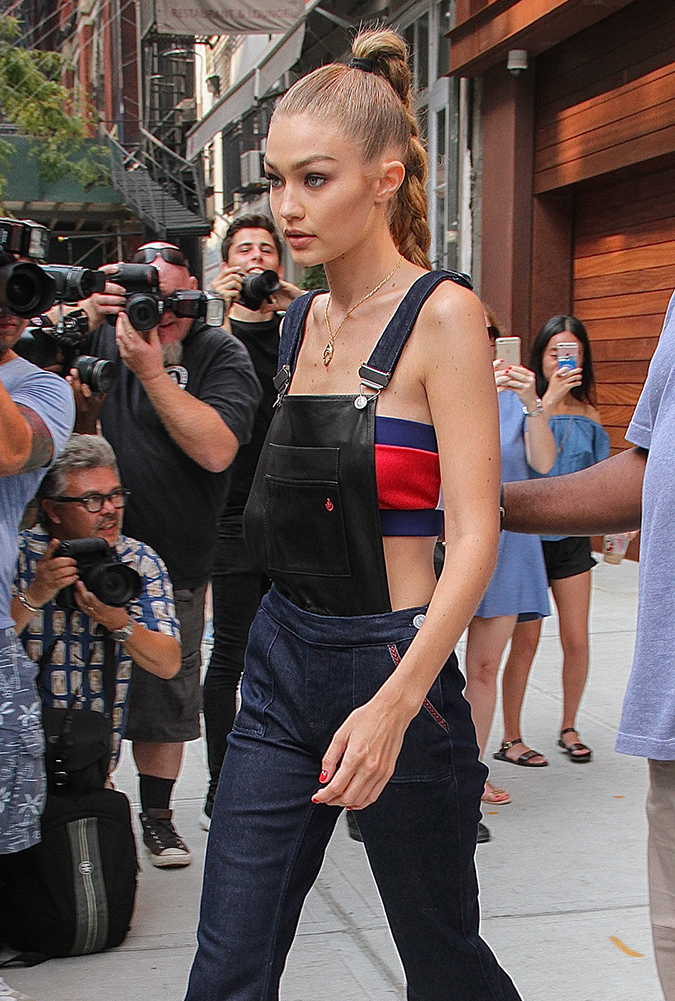