You may not know the musician LP by name but you’ve certainly listened to their songs.

LP has written for the likes of Rihanna (“Cheers (Drink To That)”; Rita Ora (“Shine Ya Light”), Cher (“Pride,” “Red”); Backstreet Boys (“Love Will Keep You Up All Night”); Leona Lewis (“Fingerprint”); Celine Dion (“Change My Mind”) and Christina Aguilera (“Beautiful People”).

Those accomplishments alone are cause to get to know the artist, but we had to interview LP after hearing their new album called Churches, a collection of 15 sweeping dream pop arrangements fronted by LP’s effervescent and enveloping voice.

Churches is a masterpiece.

It needs to heard. 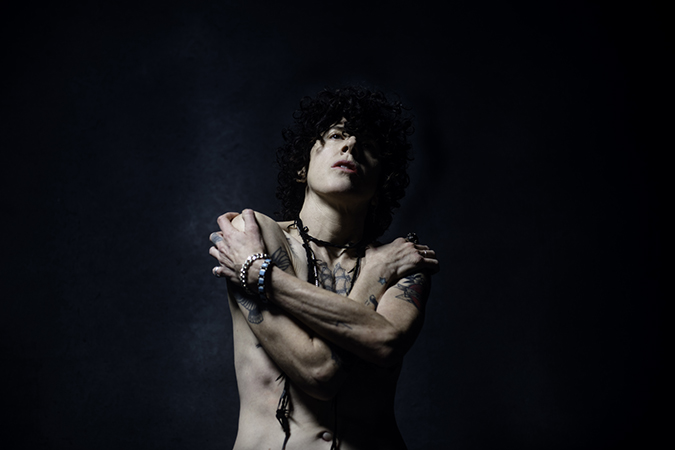 I think maybe hearing my friend’s parents playing “Bohemian Rhapsody” while I was in my friend’s pool after soccer practice when I was six. I’m sure there was something before that. Just always singing in nursery school—I liked to sing but I didn’t give it much thought. I didn’t give it any thought until I was doing it for real much later.

When the 2019 American tour kicked off I got very sick and my first show—I forget where it was, it was somewhere in California—I lost my voice like four songs in and I couldn’t sing because my throat closed up and I was really ill. Everybody sang with me so it was cool. That’s definitely a very difficult thing to have happen to lose your voice in front of people on stage.

I like the camaraderie of everybody in a bus, and it’s this beautiful family vibe, and I like that a lot. I love the fans and seeing them. The hour and a half on stage is just amazing. The isolation as far as friends and sometimes finding things to do for the other 22 hours is difficult. For the most part I’m pretty chill with it, I like it.

Cosmic Vinyl is at the bottom of my street. I go in there and get the best sandwich ever and buy a couple hundred dollars’ worth of records like once a month. I like it, it’s a cool place.

One of them is Led Zeppelin IV just because I love all the songs on there. “Going to California” is a big one for me. “Grace” by Led Zeppelin, “Let it Bleed” by the Stones, “Nina Simone Sings the Blues”—I don’t know, a bunch of them!

I think I would probably call my friend Jimmy Harry, who is a collaborator of mine who knows Berlin really well. I’d tell him where I am and be like “where should I go right now?” and he’d tell me.