When I think of Yurika Nakazono, E.B. White’s famous passage from Here is New York comes to mind:

“There are roughly three New Yorks. There is, first, the New York of the man or woman who was born here, who takes the city for granted and accepts its size and its turbulence as natural and inevitable. Second, there is the New York of the commuter — the city that is devoured by locusts each day and spat out each night. Third, there is the New York of the person who was born somewhere else and came to New York in quest of something. Of these three trembling cities the greatest is the last—the city of final destination, the city that is a goal. It is this third city that accounts for New York’s high-strung disposition, its poetical deportment, its dedication to the arts, and its incomparable achievements. Commuters give the city its tidal restlessness; natives give it solidity and continuity; but the settlers give it passion. ”

Yurika is one of the third type. Of Japanese ancestry, she grew up in Sweden. Her husband is French and she’s lived in France. She’s also lived in London. And in Tokyo. She is a New Yorker at heart, however, and she came here to study design. And we are ever so glad she did, because the raincoats she has created for Terra New York are things of beauty.

We met at her walk-up apartment in Tribeca (now I know how she stays so slim) and she kindly fed me some fried zucchini blossoms, kale salad, grilled salmon with cumin, white wine, and dark chocolate with sea salt. (Note to self: do not turn down any future invitations to eat at Yurika’s place.)

She’s recently gone blond but isn’t sure whether blondes have more fun, as she has been having some pretty good fun all along. Here’s what we talked about. 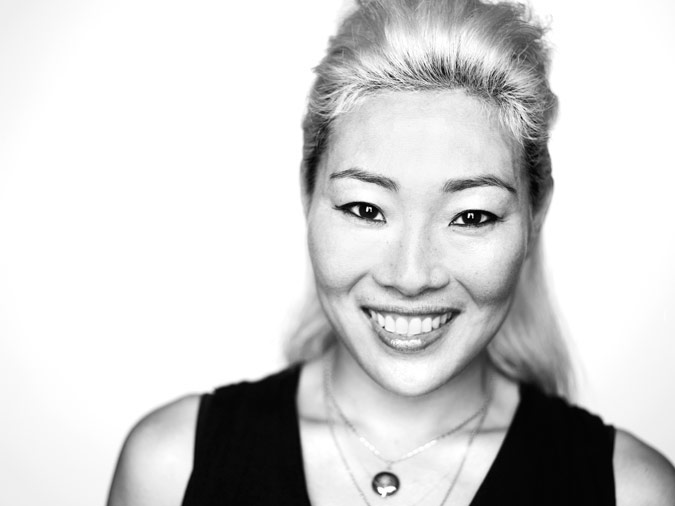 1. What’s the funniest, saddest or best thing that’s happened to you this week?

That we are starting a collaboration with two amazing brands: one American and one French.

There are so many! That’s a hard question. So many are really good. Here are a few: The Leopard, Band of Outsiders, Lawrence of Arabia, Some Like it Hot, Fellini’s 8 ½, Grave of the Fireflies…

I take big risks all the time. There are risks in every decision you make in every part of life. Challenge me…I’ll jump.

I’ve come to the place in my life where I have zero regrets. I look back and I learn from my mistakes and I use them to move forward. I’m an optimist so I try to turn the negative into something good. I like to think that through those mistakes I can become a better person. I fail sometimes, which makes me stay humble. You learn every second, and can always become a better person. 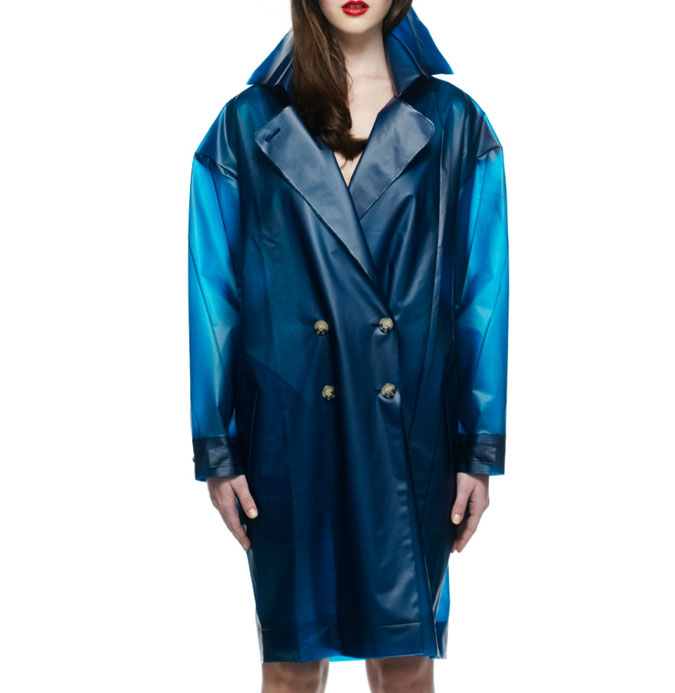 I speak many languages, and humor is the hardest thing to translate!

I am most witty in Swedish, which is my best language. Then English. In French and Japanese I can’t make the jokes as well.

6. Do you have a different personality in each language?

To some extent. Not exactly a different personality, but each language brings out a different facet of myself. Although as one grows, the various parts meld together more.

7. What’s something that most people don’t know about you?

I am a passionate skier. I lived for three years in Chamonix. I love to go heli-skiing, cross country skiing, hiking, and randonneuring.

8. What’s the best piece of advice you’ve ever heard? 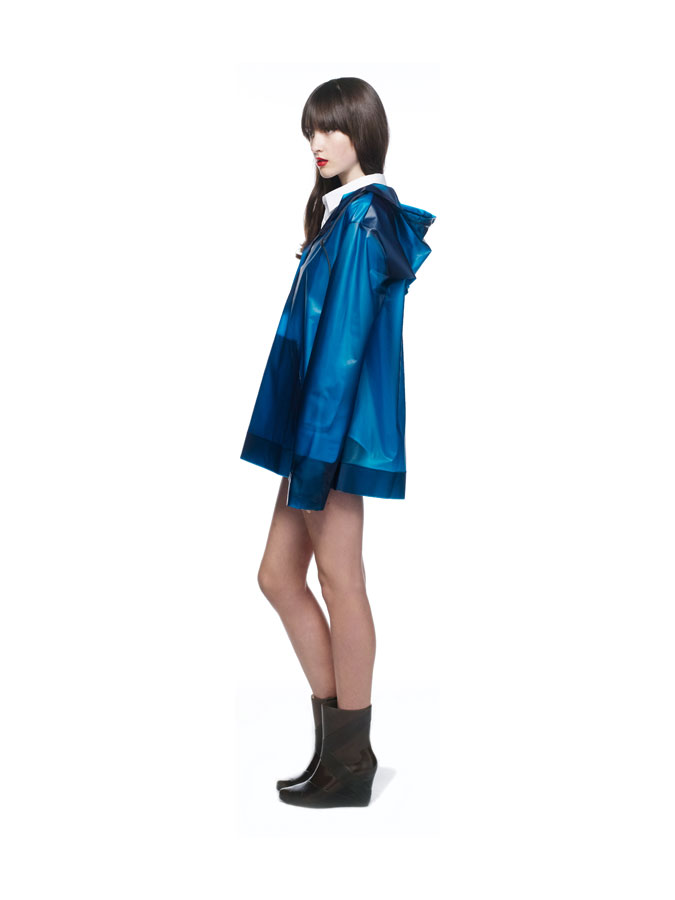 9. Who’s your favorite celebrity and why?

That’s another hard one. People do many amazing things and I am influenced by many people: there are great musicians, great actors, great photographers. For my brand I would pick Beyonce. She is a strong woman, talented, stylish, and amazing in so many other ways.

10. What’s your strangest phobia or superstition?

I don’t necessarily believe in superstitions but I will throw salt and knock on wood if I think of it at the time. A mirror breaking won’t influence my life.

About phobias… I think if you are too scared of insects, like cockroaches, they will come to you! You have to let it go and try to bring energy towards you. I am not afraid of death because I don’t know about it; there’s no reason to be scared of what I don’t know.

11. What’s a book everyone should read?

With books, it depends on what place you are in your life. But there are no “shoulds”; people read what is right for them. I love Proust but it is not for everybody at every age. I love a lot of books, when I read them at the right moment. Classics are important because they are part of our culture. It is good to read about what is going on in the world. It is more important THAT you read than WHAT you read…kids can use their imagination and find what speaks to them.

I really love Haruki Murakami, especially Hard Boiled Wonderland and The End of the World. Also The Prince (Machiavelli), Ulysses (James Joyce), The Divine Comedy (Dante Alighieri), Beyond Good and Evil (Nietzsche), A Thousand and One Nights, To Kill a Mockingbird (Harper Lee), Pride and Prejudice (Jane Austen)…and many more.

Yes, the brand that I co-founded, Terra New York! Terra New York is the first fashion brand to focus solely on rainwear. We started it in 2009.

Check us out and look good in the rain! 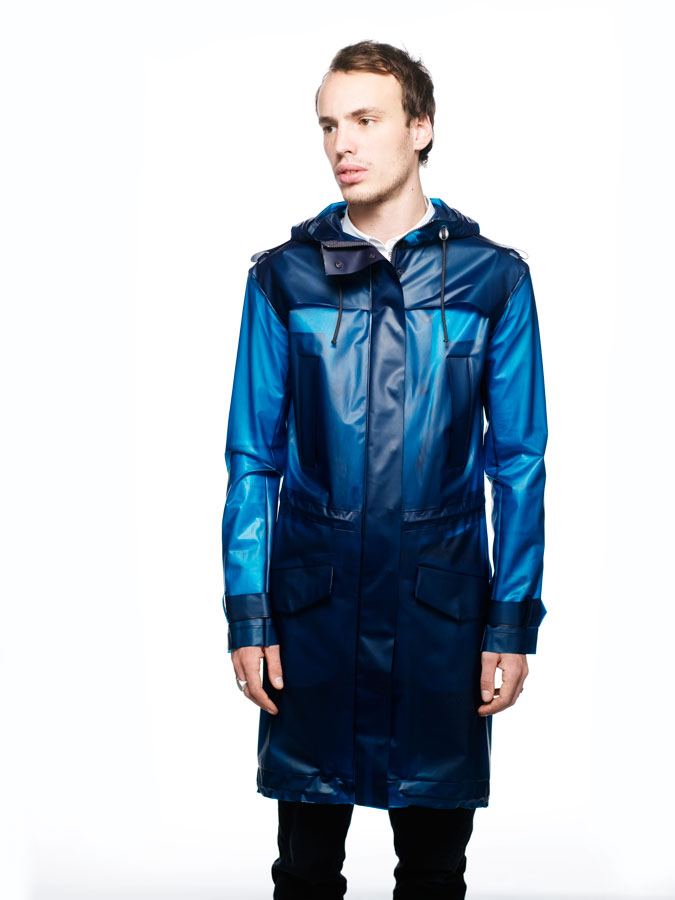