City: Melbourne
Country: Australia
Year of travel: April 2014
How we got there: Virgin Australia

From Sydney to Melbourne, a domestic flight with good spacious seats; the snack was cheddar cheese and crackers. 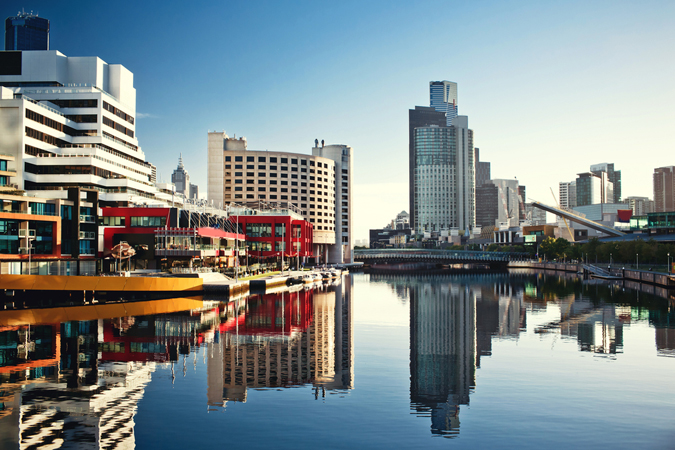 When I sent a WhatsApp to my sister back in the UK telling her I was taking a city stopover to Melbourne, her comment was, “Kylie Minogue’s from there… ” Interesting comment I thought… Well, you can “put your hand on your heart” that by the time you leave Melbourne you won’t regret paying for that extra check in baggage, because Melbourne is sure not short of hidden lanes and alleyways to fill your suitcase up with shopping delights.

Pack a variety of clothing. The locals informed me that you can get four seasons in a day. On the first day I arrived, it was one of the hotter days for the season reaching 30 C (86 F). I was in jeans, and was worried I didn’t bring enough light summery clothes to last me through the week (reason for shopping). The next day, the temperature dropped and a chilly wind was blowing. I saw that people were wearing scarves and ankle boots. So, fellow travelers, pack accordingly.

Favourite Accommodation (of the moment):

Nothing extravagant but definitely a convenient location: Hotel Lindrum on Flinders Street. Walkable distance to the livelier part of town near the riverside, chic restaurants and the Crown Casino, as well as to the key shopping main streets. There’s something about the little amenities that set Hotel Lindrum apart, and what tickled our fancy most were the lovely Australian tubes of APPELLES Apothecary. From blue mallee eucalyptus and lemongrass shampoo to sandalwood with kakadu plum conditioner (as well as a tea cabinet stocked with Australia’s T2 tea) it didn’t really matter if the only view out of the bedroom window was a car park. 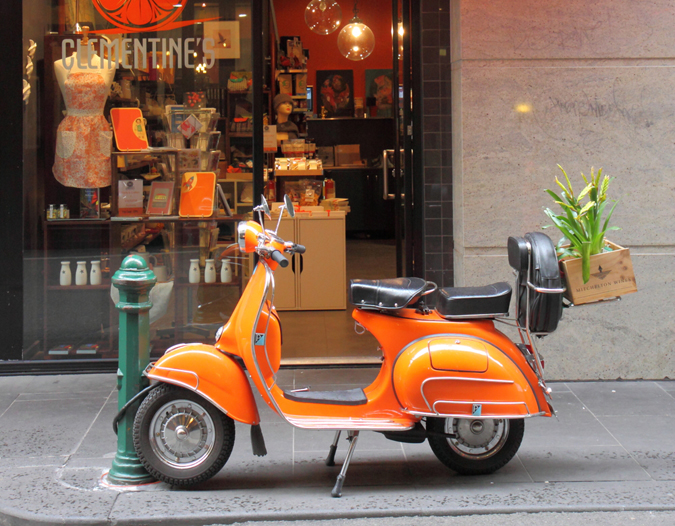 Take a stroll down Little Collins Street for the hidden away boutique shops and bars, and head onto Bourke Street for some high street shopping. But be prepared to lose yourself in the hustle and bustle of Melbourne ambience in the intricate lanes around Centre Place and Degraves Street. There’s an alleyway full of savvy boutiques, and rows of fine cafes for coffee lovers, pastries and cupcakes, and heavenly breakfasts. Think being serenade in street music and surrounded by street art; totally Parisian vibe with an Aussie twist.

* The Breslin (Bar & Grill), 2 Southbank Boulevard (along the riverside), open until late.

A must go area in the heart of Melbourne is Little Italy on Lygon Street. Coming out of the car park and only five steps onto the street, an Italian lady entices us to her restaurant guaranteeing us that their recipes are passed down generations, and the cook in the kitchen is still prepared personally by mama (with 25% off).

In our explorative minds, we resisted the temptation and continued to uncover other equally genuine restaurants. We rested upon Café Cavallino – a Ferrari themed restaurant emblazoned with Ferrari heroics on the wall. Given I’d just watched the F1 flick Rush on the plane, and educated with the names and characters from the film, I searched for Niki Lauda, and sure enough, he was there on the wall. 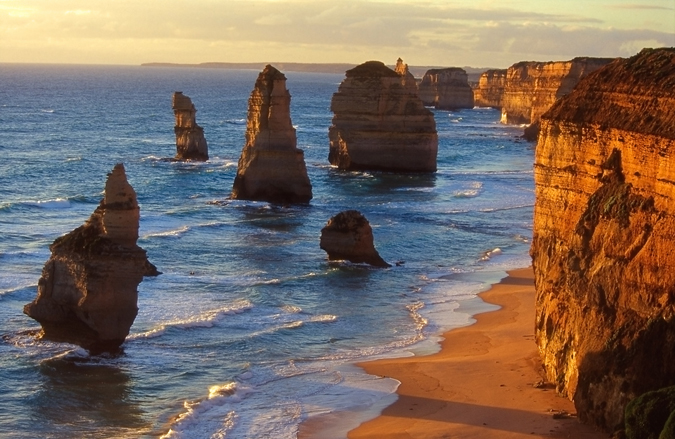 Rent a car and take the Great Ocean Road drive. It’s a great day out and along the way, take a pit stop at Angelsea where we stopped for a cup of tea at Caffe Daniele. Highlight of this stop? The very retro arcade game with iconic red-ball joystick. This was reserved as a coffee table but the owners let us reminisce old times and play Pac-Man and Space Invaders – love it!

Next pit stop: Torquay for some fresh oysters and fish and chips. There was also some sort of farmers market going on selling candles, fresh berries and all sorts – it’s all very lovely!

Then along Great Ocean Road: a lighthouse… although we never made it to the lighthouse because we spent way too much time on the hammock-like swing…

Eventually we arrived at the 12 Apostles rock formations. The ultimate way to see the site is to take the 12 Apostles helicopter ride (45km / 15 minutes / AUD $145 per person). What we learned from our pilot was that there were never 12 Apostles from the start. There were only ever 9 and one fell down a few years ago. The site was known as Sow and Piglets until 1922, where it was renamed the 12 Apostles to attract tourism to the area –- great marketing gimmick I’d say. Nevertheless, whether you end up seeing 12, 9 or 8, it doesn’t really matter -– it is one of nature’s grander sites for sure.

Lindsay Cheng was born in southwest England to Chinese parents, and from the get-go explored the world around her with wide-eyed curiosity. Over the years, Lindsay has traveled the globe while living in Bath, London, Holland, Shanghai and Hong Kong. She currently works in Australia, where she is a marketing ace as well as NewsWhistle’s esteemed nightlife editor. You can reach Lindsay by clicking here.