HOW WE GOT THERE:  Train from Milan 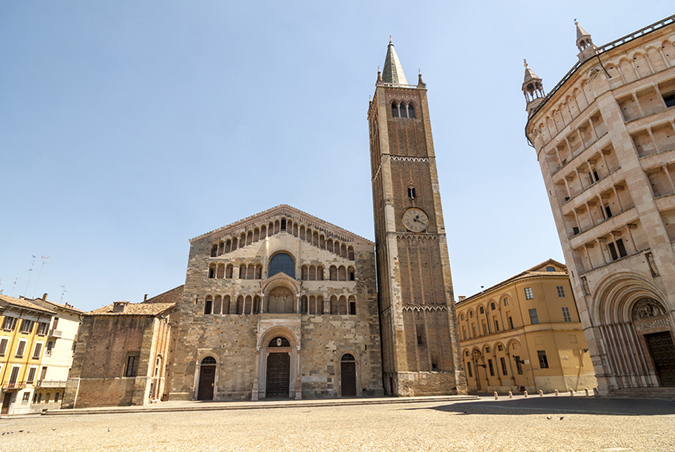 For foodies, opera aficionados and historical buffs alike, Parma is a must-stop along your way up or down the Boot. The city is located in the Po Valley Plains about halfway between Milan and Bologna and just over an hour’s drive from the Ligurian Sea (Cinque Terre, Portofino).

Maria Luigia (the Emperor of Austria’s daughter and Napoleon’s wife) was awarded the Duchy of Parma in 1815 and her influence is still tangible — from the Piazza Ghiaia, where a local market is held twice a week, to her contributions to the botanical garden, to the ubiquity of the “violetta di Parma,” Parma violet, in the springtime – perceived today, as in her day, as a sign of beauty and femininity.

Parma is also the place to learn about your cold cuts. You’ll find that the only real culatello (literally: “little backside”) comes from Zibello, where the meat is left to mature for at least ten months in the cold and fog of the plains near the River Po; spalla cotta (cured pork shoulder) must come from San Secondo, and the best salame (salami) is made in Felino. There are working Parmesan cheese farms to visit and local products to be bought including, yes, Kosher parmesan cheese. 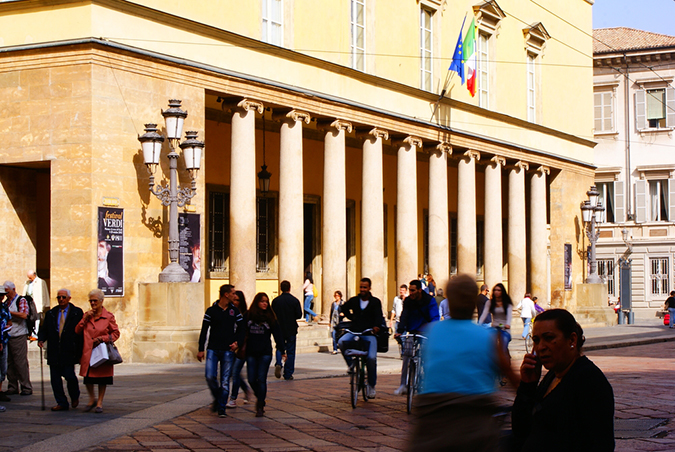 The city is easy to get around by foot and can be visited in one to two days’ time. The lesser known Parma countryside and neighboring hills are well worth the trip if you have access to a car. As with all cities, remember to watch your bags around the train station. 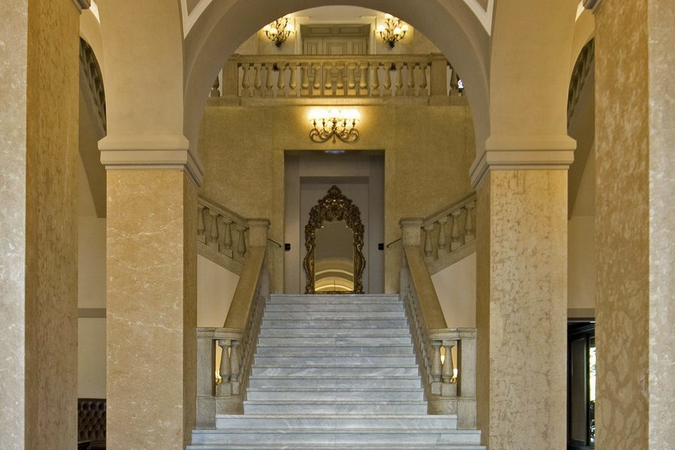 Palazzo Rosa dalla Prati – Situated in the center of Parma, this boutique hotel faces the beautiful Baptistry and recently restored Duomo church. The building has belonged to the Prati family since the XV century and currently offers elegantly decorated rooms with modern amenities.

Park Hotel Pacchiosi – This five-star hotel is a stunning new option in Parma with 59 new-Renaissance style rooms. There is a restaurant, garden and parking on the premises.

NH Hotel – Another recent addition, this hotel was designed by the Spanish architect, Oriol Bohigas. A modern, efficient hotel in line with NH’s standards and name, located ten minutes by foot from the city center and two minutes from the train station.

You can also find agriturismi (farm stays) outside the city for a more local experience. 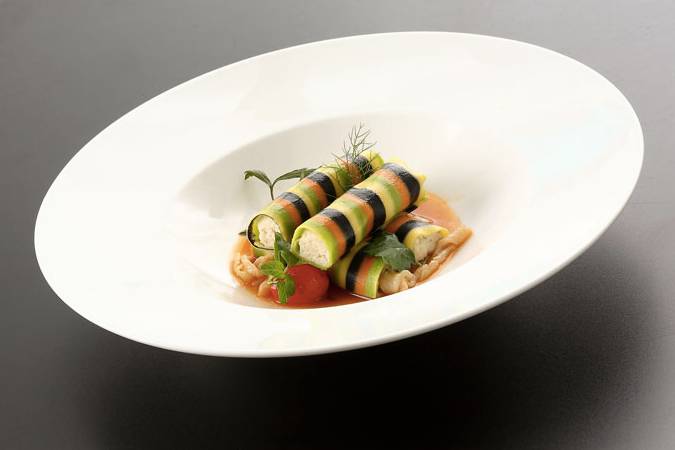 La Longarola Farm and Restaurant – If you have access to a car, and for a truly Italian experience, drive out to the Parma countryside for a leisurely Sunday afternoon lunch at an agriturismo. La Longarola is a Parma favorite for the quality of its food and relaxed setting. Tommaso and his staff offer excellent salumi, some of which has been made from the black pigs raised on their farm; a scrumptious cheese plate served with local honey; homemade pasta dishes with local vegetables; nearly-kilometer-zero meat dishes and tasty pies for dessert. Kids are welcome. They’ll have plenty of space to run around and to explore the farm. Reservations recommended, particularly on weekends.

Parizzi – One of three restaurants in the center of Parma to vaunt a Michelin Star and perhaps the most well-known. An elegant, recently-renovated restaurant offering both traditional and modern dishes, inspired by local and international cuisines. Reservations recommended.

Of course, no visit to an Italian city would be complete without a pause for ice-cream. Of the many gelaterie that you’ll find in the center, our favorite is Emilia in Via Farini. Try the cioccotella or any of the seasonal flavors. Go early in the afternoon to avoid the line! 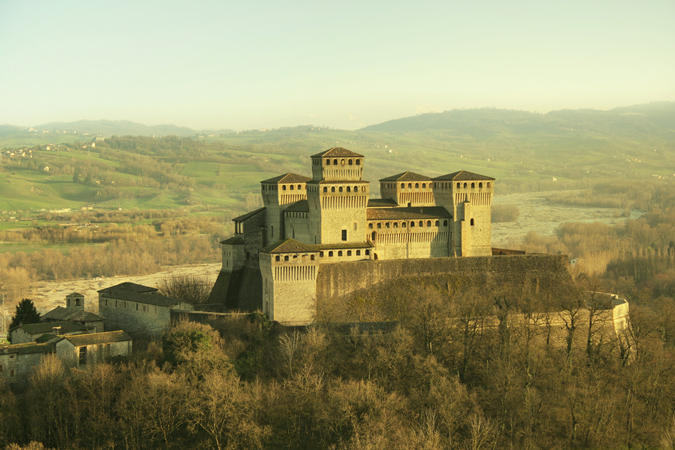 National Gallery And Teatro Farnese: The art collection here dates back to the early 1700s and includes works of Correggio, Parmigianino, as well as a stunning Leonardi Da Vinci. The Teatro Farnese is an incredible wooden theater housed within the Palazzo della Pilotta where the National Gallery is also found.

Just across the street is the Museo Glauco Lombardi (all you ever needed to know about Maria-Luigia).

Fondazione Magnani Rocca – About twenty minutes from the city center, you’ll find the beautiful Villa di Mamiamo, now home to an impressive permanent art collection and important temporary exhibitions. The house is surrounded by an elegant English garden where peacocks roam freely and there is a restaurant and bar on the premises.

Torrechiara Castle – This fortress rises proudly in the “first hills” on the outskirts of Parma. Built in the 1400s by Pier Maria Rossi for his lover, the walls conceal nature-themed frescos and offer a stunning view of the Parma valley. You’ll find a restaurant, a tourist information office, and a couple small food shops in the hamlet. For info about events, as well as a full list of castles to visit near Parma, click here.

In the Apennine Mountains, located about an hour from the city, you’ll find beautiful hikes and sites to visit, little-known to foreign tourists. The mountain hut, Refugio Lagoni, in the Parco dei 100 Laghi (100 Lakes Park) is a great starting point. 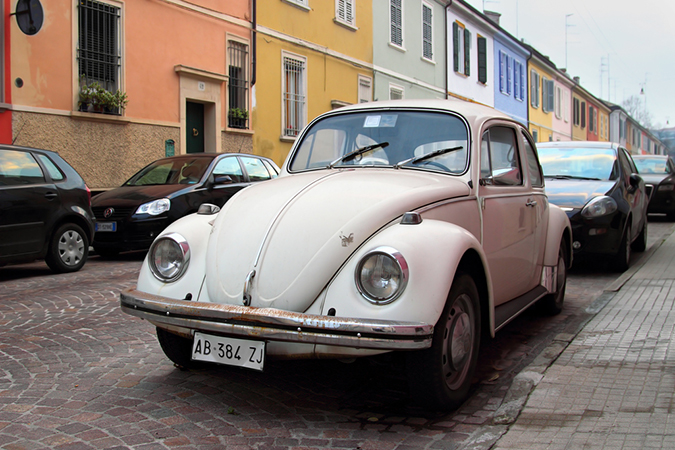 Parma by car: Located just off the A1 toll highway, Parma can easily be reached by car. In the city center you’ll find parking lots and metered street parking (blue lines) but beware not to drive into the Limited Access Area (ZTL) during certain times of day.

Parma by air: There is a small local airport, otherwise Bologna and Linate (Milan) airports are your best bets.

Sarah Jennie Goldman runs an English-language website about Parma, Italy www.parmamia.blogspot.com. You can contact her at parmamia@gmail.com.