I’ve long admired Patrick Smith as a writer for two reasons, one of which is that he’s just really good.

His diction is precise, his phrasing is elegant, and there’s a rare craftsmanship to his published work, which is just a pleasure to read.  The other reason I enjoy his work is that it’s so enthusiastic and, in a way, optimistic.

I remember the feeling of adventure and excitement I had as a child when I had a new experience.  It didn’t have to be a very big experience… there’s not much of a frame of reference for it when you’re small.

Staying up past midnight, going to a new state, looking out the window during my first airplane ride…things like that.

Now it’s a lot harder to get to that emotional place, and chasing that kind of joyous thrill tends to be a much more expensive (and uncertain) endeavor.  I still get a little hint of it when I go somewhere new and different.

Patrick Smith captures that sense of wonder, and, despite the petty aggravations and inconveniences of airports, security measures, and cramped and crowded planes, he is still enraptured, as he was as a child, by the beauty and romance of air travel.

I was a fan of his “Ask the Pilot” column, which ran on the website Salon from 2002 to 2012, and of his latest book, Cockpit Confidential, which I reviewed here last year: https://newswhistle.com/archives/7626.

I turn to his website, http://www.askthepilot.com/, any time I have any question on air travel.

He graciously agreed to answer my questions in a phone interview, and here’s some of what he had to say:

The NewsWhistle Q&A with Patrick Smith 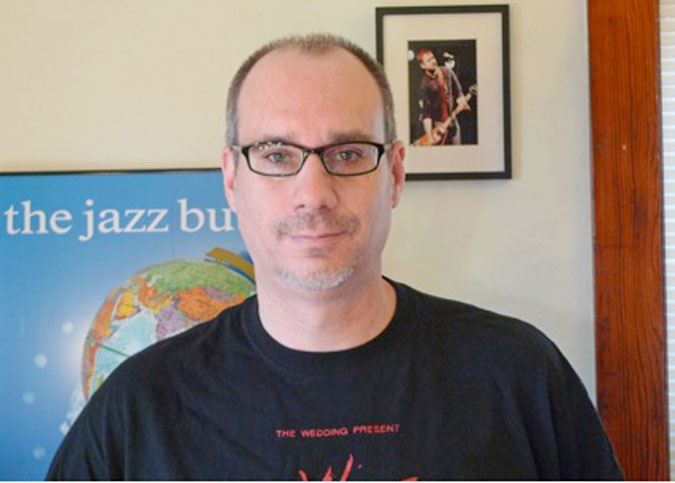 How would you describe your occupation?

Certainly, I’m first a pilot and a writer second. I’ve had success as a writer, but I’ve been lucky.

I have a niche; I write about commercial air travel, which is a vastly misunderstood realm, and one that everybody has questions and concerns about.

I managed to get published almost without trying. Once the original “Ask the Pilot” column got going at Salon, I had agents approaching me, asking if I’d be interested in putting a book together.  And the way I approach the topic is, I think, very different from the way others have done it.  I’m not writing for gearheads or people who already have an interest in aviation. Indeed, in a lot of ways I’m writing for people who hate  to fly.

And I don’t  focus on the technical aspects of flying, but rather on the  human aspects, on what I like to refer to as the “grand theater of air travel” — everything from airport architecture to airline culture and identity.

If I have a role model in this regard, maybe it’s Atul Gawande, who’ll you’ll often read in The New Yorker.  He does with medicine what I hope to do with air travel — though admittedly he’s a lot more talented than I am.

I actually think some of your writing would fit in well in The New Yorker.  It’s very polished prose and it has a similar style, I think, to their aesthetic.  You do write similarly to Gawande, and to Malcolm Gladwell.

That’s awfully nice of you to say, but both of those writers are out of my league.

You know it’s funny about The New Yorker: for all of their fact-checking and obsession with accuracy, even they sometimes get their aviation facts wrong.  And there’s no way to contact them except to write a letter to the editor!

On the other hand, I had a gripe once about something that Malcolm Gladwell had written about air safety in one of his books — I think it was Outliers — and I mentioned it in one of my posts.  He actually wrote back to me, thanking me for the critique.

Do you have another book in the works?

Maybe. In my mind, at any rate. It’d be a more narrative, memoir-ish sort of project.  I feel that the strongest parts of Cockpit Confidential are the more personal parts — the stories and sidebars — and it’s not hard to envision a whole book like that.  Envisioning is the easy part, though. So much of getting a book out is dealing with agents and publishers — all the political and logistical hassles.  I’m not sure that I’m ready for that again.

I’ve had two books published. The first one, Ask the Pilot, was a bit of a disaster.  It sold pretty well, but it was a terrible product.  The writing was shitty and the content half-assed.

Cockpit Confidential  follows the same basic format as the original, but it’s expanded and much better written. I’d guess around 70 or 80 percent of the content is new.  I’m very happy with it, and unlike last time, I have a very good relationship with the publisher.  It recently hit number two in the travel category of the Times bestseller list. 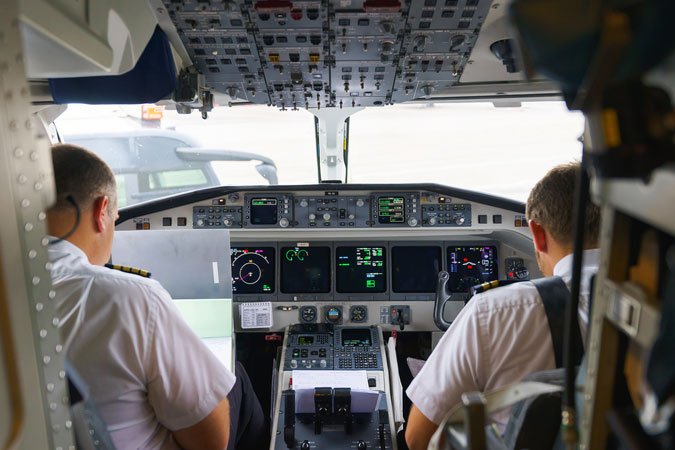 Do you have any books you recommend, about aviation or otherwise?  What should everyone read?

I rarely read books about airplanes.  Mostly I read non-fiction, but I have a surprisingly small aviation library.

A favorite novel?  Probably Blood Meridian by Cormac McCarthy.  I like Jonathan Franzen, Richard Ford.  I  love the poetry of Stephen Dobyns.

When I was younger I was crazy about Kurt Vonnegut.  He showed me how a writer can be profound and really funny at the same time.  I like that balancing of aesthetic extremes, not just in books but in other art forms too.

Take music. I like music that is loud and powerful, but also heartfelt and melodic.  The Velvet Underground for example: noisy and avant garde, but easy to like.  Or Hüsker Dü, a group I was pretty much obsessed with for years, and that still earns shout-outs in my book and on my website.

To pull this sensibility into the aviation realm, consider the Boeing 747.  It’s gigantic, supremely powerful — the alpha plane.  And it’s also the most elegant jetliner ever built.  I appreciate those extremes, the way they complement rather than negate each other.

Maybe the biggest risk was pursuing my aviation career.  It was a risk because commercial aviation is such an unstable business, and so few people who aspire to become airline pilots actually make it to that level.  It’s something like baseball: only a small fraction of those who try make it past the minor leagues.

One thing I did wrong was not going to college right away.  Most big carriers require applicants to have a college degree in addition to myriad flight credentials.  I eventually earned a degree piecemeal, over a period of years, but not having one sooner definitely handicapped  my career progression.

You travel quite a bit not just for work, but in your spare time too.  How many countries have you visited?

It depends if you count California as another country or not.  I don’t know, maybe 80?

I didn’t become an airline pilot because I loved to fly.  Of course flying is fun, and I love my job, but it wasn’t the hands-on thrill of flight, by itself, that excited me.

This gets back to that “grand theater of air travel” that I mentioned earlier.  When I was a kid, I’d stay up at night after doing my homework (or instead of doing my homework) and read through airline timetables and route maps.

It wasn’t just about planes, or the airlines that flew them, but  where they were going.  That in turn led to an interest in geography and travel.  I know it’s a tough sell, but it’s my hope that people come to see flying as more than an uncomfortable means to an end, but as an important and even exciting part of the journey.

That said, my fondest vacation was probably a camping safari I took in Botswana about 15 years ago.  As for particular places or moments, the single most astonishing thing I’ve ever seen was a Northern Lights display near Tromso, Norway, two winters ago. Even our guide, who does aurora tours all the time, said it was the most vivid show he’d ever seen.  [Photos of this can be seen in Patrick’s online travel galleries, here:  http://www.flickr.com/globetrodden/sets ]

Maybe that sounds weird, but I think everyone should be obsessive and passionate about at least one nerdy thing. 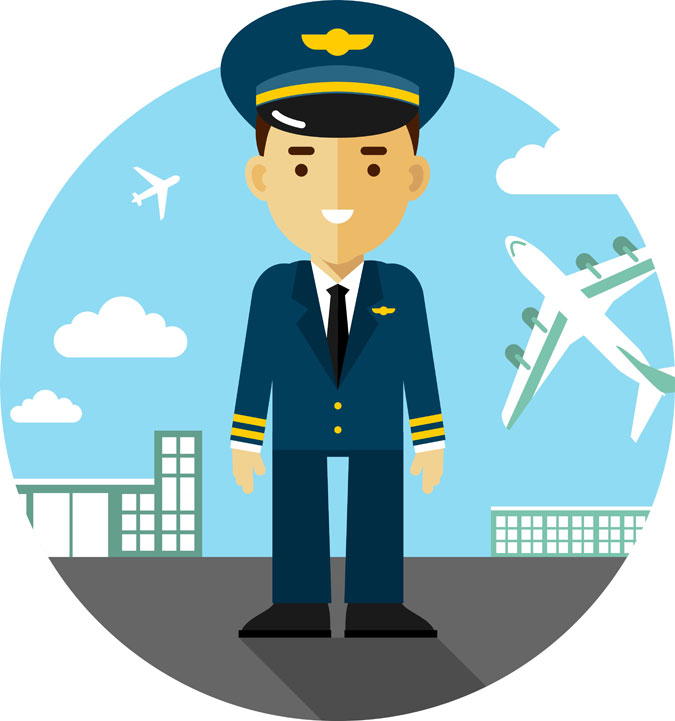 I think that my favorite movie is Terry Gilliam’s Brazil,  from 1986, I think it was.  The story has a 1984-ish setting, about a totalitarian society that is also hilariously dysfunctional. The film also was eerily prescient about certain things, like our very unhealthy and perhaps self-defeating fixation with terrorism.

So let’s do a different question and pick some dinner guests that you’d enjoy having over.

I’ve always wondered about this question.  Is it the same thing as just listing people you admire?  Does having to sit and eat with them make a difference?  And do they have to be alive?  There’s Vonnegut, of course, who passed away a few years ago, and the late Spalding Gray, who always made me laugh.   Let’s see…Michael Palin. Maybe Werner Herzog.  Bill Moyers!  My friend Grant Hart from Hüsker Dü would be there.  I’ll put Jello Biafra at the table too, the former frontman of the Dead Kennedys.  In his heyday Jello was one of the funniest and most cleverly subversive people in American popular (or is it unpopular?) culture.

Would you invite any women to your party?

I know one invite:  Sister Wendy Beckett, the art critic from the PBS series some years ago!  She was fantastic.  There’s a shout out to her in chapter 7 of my book.  And that would really round things out: a Catholic nun and Jello Biafra sharing an appetizer. 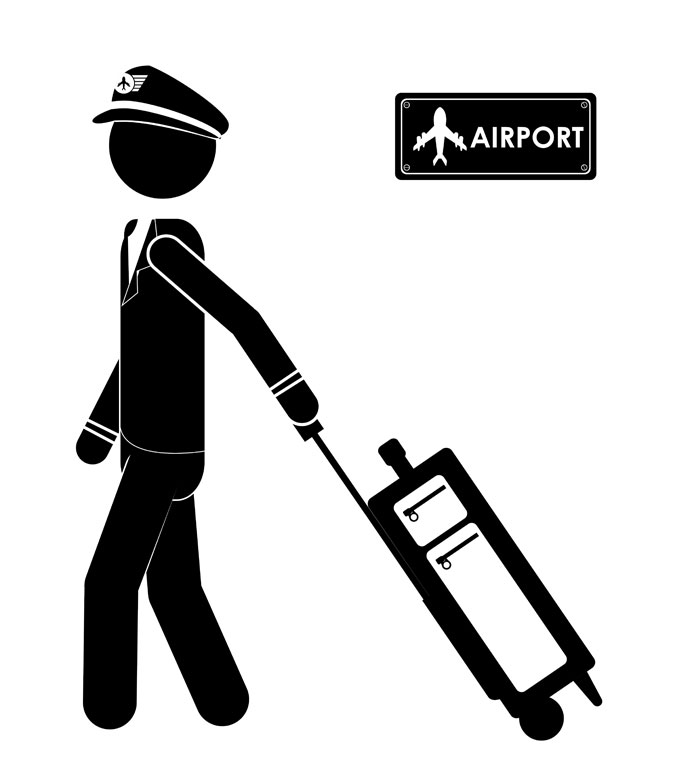 Julia and I are urban beekeepers.  Urban beekeeping is kind of trendy here in Somerville, which is very densely packed, with everyone on top of each other and ten feet between houses.  Our bees are city bees.  They’re hip.  And urban honey tastes different — more citrus-y — from commercial honey, because the insects collect a wider variety of pollen.

Also, I’m a casual amateur birdwatcher.  I travel a lot and it’s something cool to do.  I don’t enjoy cities as much as mountains and deserts and rain forests, so I check out the birds.  I have bird books.  And a life-list.  I’m not remotely as obsessive as some people, but I like it.  Jonathan Franzen can do it, and he’s cool, so why not me?