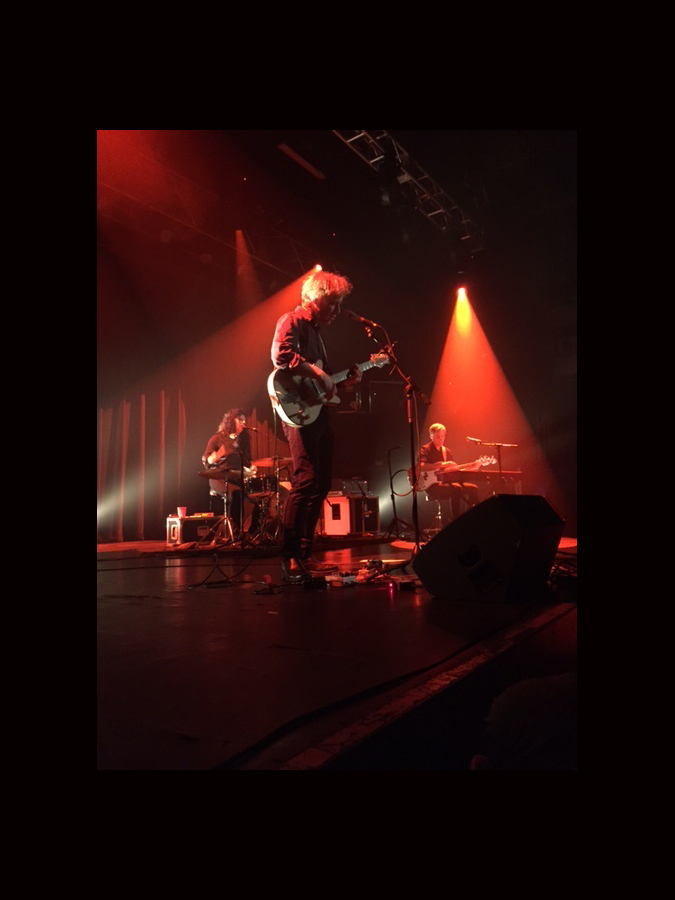 The night was appropriately cold, gloomy, windswept, and it was raining like an old G n’ R song (get it?). Mimi Parker (drums, vox), Alan Sparhawk (guitar, vox), and Steve Garrington (bass, keys, f/x) took the main stage at Minneapolis’s venerated rock and roll Mecca, First Avenue, and admittedly I wasn’t sure which Low was going to play. Having followed their career for some time now, I knew there are a number of sides to this band.

Low’s most recent album, Ones and Sixes (reviewed here) is a stunner.   It takes all of the best aspects of their more recent albums, and mixes them together in new and interesting ways. Basically, I was really looking forward to seeing them in concert.

Their spare musical identity is matched by their on stage personas. Low is of the no drama/no bullshit school of rock and roll. They aren’t your trained chimps. They aren’t going to dance for you.

The music, as always with Low, is simply going to have to do all the talking, and on November 11th they brought their “A” game. They gave the packed house a perfect show. 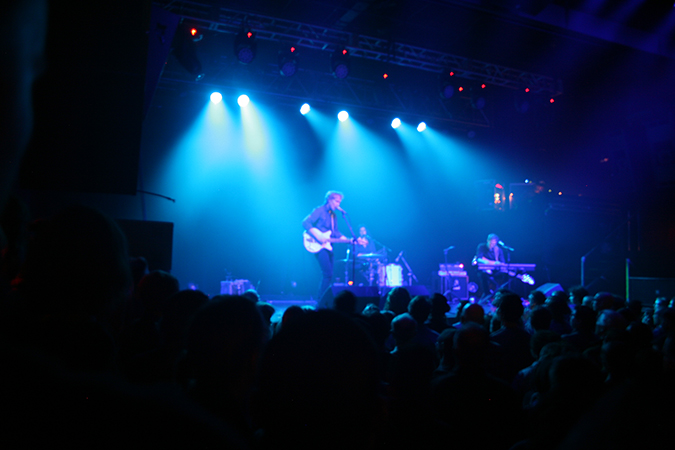 Without a word to the audience they appeared on stage and like Nordic snake charmers made the audience forget the world outside and move to their beat.

Happily, it was a Ones and Sixes-heavy setlist (see below). After the intoxicating intro of the marching “Gentle,” and the unsettlingly quiet “No Comprende,” Low had me for the rest of the evening with their echo-y, remixed version of The Great Destroyer’s “Monkey”.

It was tense, moody, and gorgeously aggressive all in the appropriate dosages.

That could describe the whole show, really. Of course, Mimi and Alan blended their voices perfectly (while still fiercely maintaining their own identities), and busy bee Steve held the tempest in his teacup the whole time. If you know anything about Low, you expect that; the precision and attention to detail. It was the fury and the noise, the glacial pace, the timeliness of the lyrics (see: “Innocents”), delivered that night with a confidence and authority that was impossible to ignore.

Interestingly enough, it took someone in the audience to bring out any sort of between song banter from the band.

“How’s everyone feeling up there?!” yelled an audience member to the stage in a beautiful, funny reversal of roles.

Alan responded with a smile, “Pretty good. Full house out there, but not so packed that you have touch one another.”

The singer/guitarist also issued advice to the audience to move around throughout the show in order to avoid having a sore back.

For the rest of the evening, Alan sprinkled in stories about Run Westy Run lighting a fire on the First Avenue stage many years ago, and meeting CeeLo Green on the set of a television show in England.

The set moved at Low’s very specific pace, and we were all enthralled. The crowd was respectful during the hauntingly quiet moments, and showed their enthusiasm with their applause. Alan, Mimi, and Steve moved from song to song, from spectral quiet to bone saw noise, and it agreed with the congregation.

“Pissing” off of The Great Destroyer was the soundtrack to a witch trial, and it ended with Alan singing into his guitar pickups; something I had only seen one other time before, by Ian MacKaye of Fugazi.

“Cheap tricks,” Alan mumbled when the crowd went bananas for it.

The main set ended with another Ones and Sixes standout, “Landslide”. I wrote in my notebook:

Had they skipped the encore, the show would have been a total success, and everyone would have left happy. As it turns out, though, we got two encores. Encores are usually sort of silly, but these felt genuine. The crowd wanted more, and Low was willing to give it. 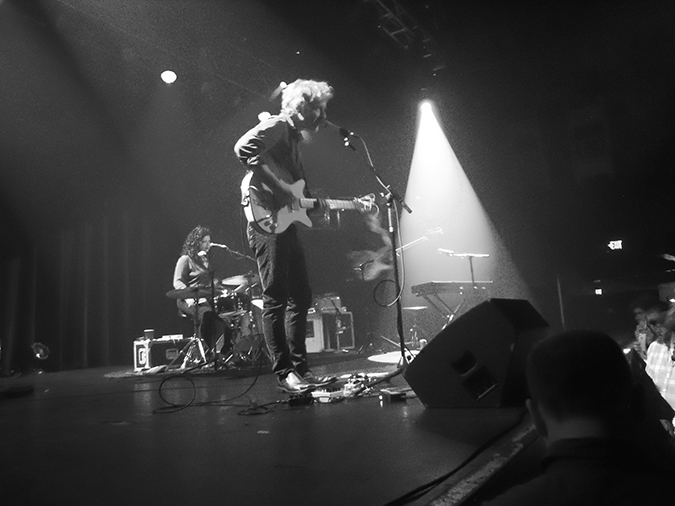 Mimi turned in a great encore performance (with her bandmates, obviously) with C’mon’s “Especially Me.”

Fittingly, Low ended with “When I Go Deaf” from The Great Destroyer. Awash in the swirling noise, Alan stepped up to microphone, and whispered,

One of the most remarkable things about Low, called the “last great indie band,” is how they can utterly hypnotize a crowd with their unconventional music. Gone are the days when they were heckled for their choices. Their stubborn refusal to play their instruments in the “normal” manner is now rewarded.

Check out their website for tour dates, and by all means, go to a show.